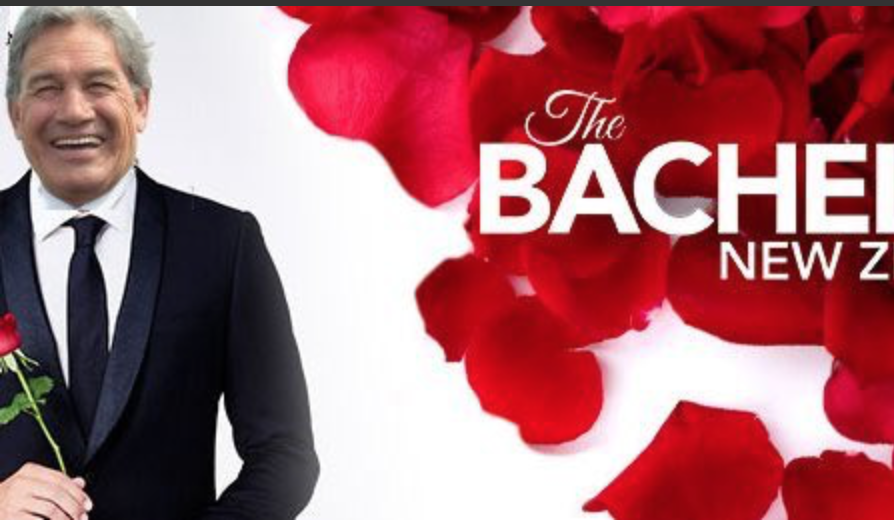 With the counting of Special Votes, a clearer picture has emerged as to what voters in this country have chosen. The majority have voted against National and it’s allies.

In the face of childish temper-tantrums from some media commentariate/journalists, and machiavellian machinations from the  National Party and it’s fellow-travellers on the Right, you have held firm to wait until 7 October. This was a proper course of action, and you have rightly stood by it (as I wrote here: Once Upon a Time in Mainstream Media Fairytale Land).

Now comes the part where you negotiate with National and Labour. On this point I have no idea if you have made up your mind or not. I will assume you are still open to the various options and permutations available to you and other parties.

If you happen to be reading this, let me offer  my thoughts on this matter.

National has been in power for nine years. During that time, it has allowed a toxic ‘cocktail’ of social and environmental problems (I refuse to be PC and refer to them as “issues”) to brew and fester. Our media are full of daily headlines of problems confronting us, and they seem to be worsening – not improving.

There is not a day or week that goes by without another in a long – and lengthening – series of ‘horror’ stories that forty years ago would have been unimaginable in our ‘Godzone’.

And the most appalling fact  – it is all so needless and preventable. We know what the problems are. What appears to be lacking is the will to implement sensible, sound policies to address them.

We portray New Zealand as “100% Pure”, with rivers of crystal pure water;

The reality, though, would probably put most of us in hospital if we tried drinking from our waterways;

No wonder overseas media like Al Jazeera are taking an interest into the true state of our degraded environment.

The fact is that after three terms in office, all we seem to be getting is more platitudes from this government and worsening headlines.

Even the solutions for our gravest problems are few from this current government. For example it seems that the extent of their “vision” is to cram homeless families into motels.

If anything, the cold, dead, hand of National and it’s insidious policies have made matters worse.

Is it any   wonder we have families living in cars in the second decade of the 21st Century?

Even in my own street; just behind the house that I live in, a family came within days of being made homeless. Imagine, Mr Peters, a Kiwi family – including a six-month old baby – forced out onto the street.

When did homelessness for entire families ever become the ‘norm’ in this country? (Many would assert – with some validity – that it began in 1984, with the advent of Rogernomics and the rise of neo-liberalism.)

There are other stories of growing deprivation. Children going to school with no breakfast or lunch. Families working several jobs and still unable to make ends meet. Massive student debt burdening young people. NGOs having their funding cut – though strangely enough, National always seems to be able to find spare cash to spend on flag referenda; farms in the middle of the Saudi Desert; corporate welfare such as cash hand-outs to Tiwai Point aluminium smelter; yacht races, etc.

This is the government you are now potentially willing to ally yourself with.

That is nine years of failed policies; worsening social problems; and degraded environment that you will be inheriting and putting into the laps of yourself any of your MPs who are “lucky” enough to be allocated ministerial portfolios.

A coalition with National comes with several tonnes of some very bad, smelly ‘baggage’.

That is what you will be signing up  for if you snuggle up with National: all the accumulated crap of the last nine years. I hope you’re ready for it, Mr Peters. That’s a lot of trouble you’re willing to take on.

By now, you may be thinking what I’m thinking…  A deal with Labour and the Green Party is suddenly taking on a very rosy tint.

It’s your call, Mr Peters. Though if I may be so bold – it’s not much of a choice really…

National with it’s accumulated nine years of failures and mounting bad media coverage – versus a fresh new government without any foul-smelling baggage.

I know which I would choose.

Remember the last time you chose to ally with a government that had been in power for just two terms and was increasingly unpopular with it’s failing health service; severe police cuts; housing problems, etc?

If I recall, that did not end well, either…

I hope you make the right choice, Mr Peters. For yourself, your Party colleagues, but most importantly, for the people of this country.

Mediaworks:  NZ’s homelessness the worst in OECD – by far

NZ Herald:  Most rivers in New Zealand too dirty for a swim

Mediaworks:  New Zealand housing most unaffordable in the world – The Economist

Message to Minister Adams: Family of five, including six month old baby – about to live in a van

Observations on the 2017 Election campaign… (waru)

Observations on the 2017 Election campaign… (Iwa)

Observations on the 2017 Election campaign… (tekau)