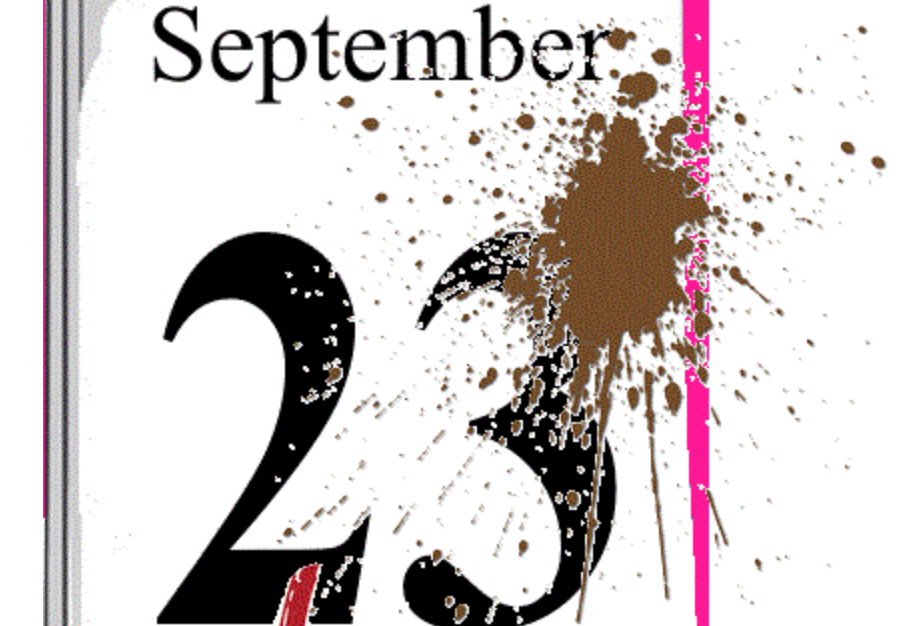 The leaking  of Winston Peter’s superannuation over-payment is well known. Also known is that Ministers Paula Bennett and Anne Tolley were briefed by Ministry of Social Development and State Services Commission, respectively, on Peters’ private details regarding the over-payment before it was leaked to the media and made public knowledge.

Also briefed – though it is unclear why, as he was not a warranted Minister of the Crown – was political appointee, Chief of Staff, Wayne Eagleson.

Evidently the only person in the entire country not briefed was the Prime Minister, Bill “Double Dipper from Dipton” English.

Bennett, Tolley, and Judith Collins have all denied any involvement in the leak.

“I don’t actually go around the back scuffling around doing leaks. I actually, if I’ve got something to say, I say it directly and up front and kind of bluntly. “

Which is true, in a Bizarro World kind of way. In 2009, when Bennett mis-used her Ministerial powers to reveal personal details of two solo mothers on the DPB, it was done in a very public manner.

However, Bennett never apologised publicly for the breaking of the two women’s privacy. And she stubbornly insisted she would do it again;

Asked if she would do the same thing again, Bennett said “it would depend on the circumstances”.

Perhaps Judith Collins, who disclosed a State servant’s name and personal information to a right-wing blogger, was involved in the leaking of Peters’ situation?

Prime Minister John Key has conceded it was “unwise” for Judith Collins to give Cameron Slater a public servant’s name, job title and phone number which was then used in an attack post on his Whale Oil blog.

However, John Key says no disciplinary action will be taken against the Justice Minister because the action pre-dated the final warning he gave Ms Collins over the Oravida scandal.

Mr Key says he still stands by the Justice Minister.

“I think the passing of private information, in terms of phone numbers, I think that’s unwise. It’s unwise of a Minister. Look in the end it’s one of those things,” Mr Key says.

Collins also refuse to accept she had done anything wrong – despite being forced to resign in 2014;

“I absolutely and strongly deny this and any suggestion of inappropriate behaviour. I am restrained in clearing my name while I am still a Minister inside Cabinet and I believe the right thing to do is to resign as a Minister so I am able to clear my name.

I have asked the Prime Minister for an Inquiry into these serious allegations so that my name can be cleared. I will, of course, cooperate with any Inquiry.”

Only Minister Tolley has not been accused of a direct privacy violation of any individual(s) – at the moment. However, MSD is know to leak like a sieve and it was MSD that briefed the Minister regarding Winston Peters.

One thing is for certain; some Ministers are not averse when it comes to leaking personal details of individuals who run foul of this government.

Recent revelations that blogger and activist, Martyn Bradbury, has had his private bank details scrutinised by Police shows how little National and its state agencies respect the privacy of individuals.

Especially those who dare criticise the current regime.

Carlson is seventh on the list and would enter parliament if ACT gained 5 per cent of the party vote.

The 28-year-old never dreamt of being a politician but standing for ACT in her home town “just feels right.”

“It was meant to happen.”

Parliament needed people with life skills and her life experiences would help stand her in good stead if she is elected, she said.

The former West Auckland police officer owned her own business in New Plymouth, is a North Taranaki SPCA board member, and ran fitness programmes for cancer support groups.

She is also completing a business studies degree extra-murally at Massey University.

“I’m fairly young, and I’m surprised to be high on the list because I’m a bit of political newbie, but I’ve already seen lot of things from working in the police.

All well and good – engaging young New Zealanders to enter politics should be encouraged. It should never be  the sole “happy hunting grounds” for Baby Boomers seeking to feather their own nests, at the expense of younger generations.

Unfortunately, there are times when youth counts against a candidate.  Such as when Ms Carlson lamented ACT’s lack of public support;

“It makes me wonder why people don’t know more about ACT in New Plymouth.”

It should be no surprise to anyone that Ms Carlson wonders why ACT is not supported more at the ballot box. It’s not because “people don’t know more about ACT“.

Quite the contrary – most New Zealanders middle-aged and over – are very clear about ACT and what it stands for. After all, we lived through ACT-style so-called “reforms” in the late 1980s and into the 1990s.

That is why ACT is not well supported except by a tiny minority of unreconstructed wealthy, privileged extremists. (Aka, the One Percent.)  At 28, Ms Carlson would be oblivious to all this.

But at least Ms Carlson understands how privileged she is as a middle-class pakeha from an economically well-supported background. As she herself admitted;

At least Ms Carlson has a measure of self-awareness. Given time and experience she may understand how that privileged upbringing gives her a head start in life that is denied many others.

She may even experience that critical Road-To-Damascus revelation that ACT’s market-driven ideology has made matters much, much worse since 1984.

I suggest the next cuppa tea she has is not with David Seymour, but Jim Bolger.

A recent Horizon Poll released on 1 September reconfirms the rise of Jacinda Ardern’s popularity with voters;

Jacinda Ardern has a 6% lead over Bill English as preferred Prime Minister among definite voters.

Among the 860 adult respondents who are both registered to vote and 100% likely to vote, Ardern leads English by 43% to 37%.

Winston Peters is preferred Prime Minister by 15% of all respondents and 14% of definite voters.

James Shaw, the Green Party leader, is preferred by 2%, and David Seymour of ACT and Te Ururoa Flavell of the Maori Party each by 1%.

Coincidentally, English’s current popularity at 37% is similar to Key’s Preferred Prime Minister ratings before he stepped down as Prime Minister.  By May last year, Key’s PPM rating had  fallen to 36.7% – continuing a steady downward trend.

Which means Ms Ardern is now more popular than John Key was, prior to his resignation.

Another step back from globalisation

Queensland’s Premier, Annastacia Palaszczuk, has announced a major step back from neo-liberalism’s prime enabler, globalism, by announcing that the State government would prioritise local businesses for contracts. The aim is to create more local jobs.

“ Our new procurement strategy is unashamedly a ‘Buy Queensland’ one.  No longer will we be constrained by free trade agreements that have seen jobs go off-shore or interstate.

Wherever possible, one regional and one Queensland supplier will be invited to quote or tender for every procurement opportunity offered. Preference must be given to local subbies and manufacturers on significant infrastructure projects of $100 million or more.

This money comes from Queensland taxpayers, it is only right we spent it in a way that benefits Queensland businesses and workers as much as possible.”

According to the SBS report, Queensland spent  A$14 billion per annum  on supplies, services, plus A$4 billion  building and maintaining State infrastructure.

Ms Palaszczuk made a valid case for buying-local when she pointed out “this money comes from Queensland taxpayers, it is only right we spent it in a way that benefits Queensland businesses and workers“.

The prime role of a government in a Western-style democracy has always been (or should be!) to protect and enhance it’s citizens. Creating an environment where local jobs flourish  is part and parcel of that dictum.

Governments are not “in business” to create  jobs in other countries at the expense of their own workers.

“ The ‘Buy Queensland’ promotion should be about encouraging Aussies to buy their local product, just like ‘Buy NZ Made’ encourages New Zealanders to buy Kiwi-made. It’s OK to encourage your people to buy local, but it’s not OK to mandate State Government weightings that amount to protectionism.

The protectionism in Queensland’s policy is completely contrary to Closer Economic Relations between New Zealand and Australia.”

In plain english, Ms Beard is fine with “it’s OK to encourage your people to buy local,” but “it’s not OK to mandate State Government weightings that amount to protectionism” because it harmed the interests of her members.

Tough. It’s about time globalisation began to be rolled back instead of continually exporting jobs and entire businesses to off-shore jurisdictions where labour is cheaper and easily exploitable because of lax (or unenforced) labour laws.

We need fair trade, not so-called “free” trade. “Free” trade is not free when we, the tax-payers, have to foot the bill to pay for welfare, because workers became unemployed after their jobs were exported to China, Vietnam, Pakistan, Fiji, etc, or cheaper (and often shoddier) goods imported to unfairly compete with locally-made products.

Queensland’s Premier understands this. She wants jobs created for her own workers – not in some other country. Especially when those workers in other nations won’t be paying tax in Queensland.

Fairfax media:  The 9th floor – Jim Bolger says neoliberalism has failed NZ and it’s time to give unions the power back

Martyn Bradbury:  My case against a secret NZ Police investigation that breached my privacy and my civil rights