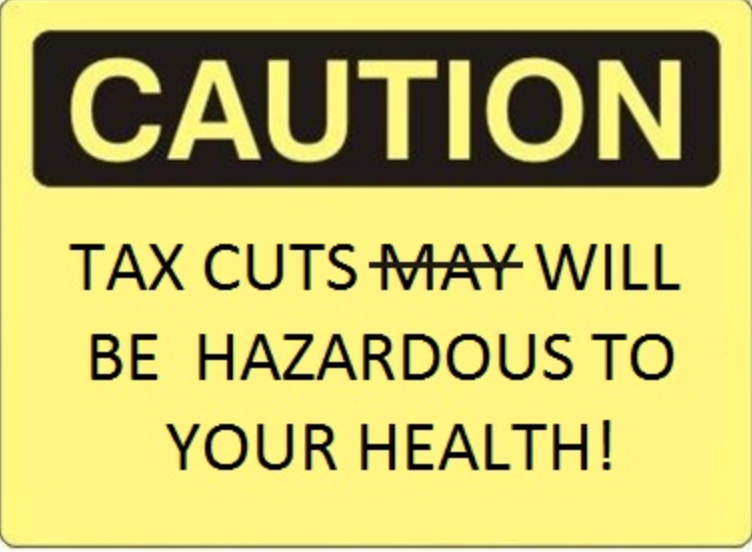 Who paid for the Budget surplus?

The 2017 Pre-Election Fiscal Update (PREFU) revealed that the Nats had achieved a respectable $3.7 billion surplus – contrasting sharply  with the $1.6 billion forecasted surplus in the May 2017 Budget.

How did National achieve such a remarkable feat, despite reduced revenue from tax cuts in 2009 and 2010 and the re-build after the Christchurch and Kaikoura earthquakes?.

One doesn’t have to search far to find one possible answer where cuts were made to achieve their much-vaunted surplus;

The answer has been revealed in an editorial in the New Zealand Medical Journal last year;

Six prominent industry health leaders and researchers contributed to the editorial in the latest edition of the New Zealand Medical Journal, after several months analysing Government documents and data.

Their analysis showed Government spending in health had steadily tracked downward since 2009, despite constant reassurances from health ministers that spending was increasing year-on-year.

The $16.1 billion 2016 Health Budget, announced on Thursday, was $170 million more than last year, including $124m for Pharmac, $96m for elective surgery and $39m for a new bowel screening programme.

However, the researchers’ analysis of Budget data from 2009-10 found the country’s health budget had fallen short of what was needed each year to cover new services, increasing costs and the Ministry of Health’s cost-weighted index, which accounted for population growth and ageing.

Vote Health’s operational expenditure decreased from 6.32 per cent to 5.95 per cent as a proportion of GDP in the same five years.

Government expenditure was set to continue falling overall, with New Zealand ranked 26th out of OECD countries for spending as a proportion of GDP in 2013.

This meant further cuts for health spending, which was estimated to drop by about 4 per cent a year.

“The continued under-resourcing of our health services . . . is not owing to unaffordability; it is a policy decision to reduce government expenditure overall and introduce tax cuts,” the editorial said.

Anyone who  harbours illusions that tax cuts are beneficial should think twice. Especially if  they have to face  waiting months or years on hospital waiting lists for critical surgery, or turned away because the system is stretched to breaking point;

Then again, those like Bill English – who stands to gain the most from tax cuts – are also the most likely to be able to afford private health insurance.

Because they really are.

In the Dominion Post on 5 September, Steven Joyce was ‘doubling down’ and digging his hole deeper, as he steadfastly maintained National’s spin (aka, lie) that Labour’s Budget had a “$11.7 billion hole” in it;

Joyce’s claims have since been rubbished by various economists – including, surprisingly, the right-wing think-tank, the NZ Initiative (formerly Business Roundtable);

Acknowledgement for above graphic: Newshub

More damning still was another remark Joyce made about Labour’s fictitious $11.7 billion “hole”;

“That level of spending and increased debt can only lead to one thing – higher interest rates for Kiwi mortgage holders.”

Which is risable as National has borrowed  eight times Joyce’s figure of $11.7 billion;

“Government annual operating expenditure in these forecasts increases from $77 billion to $90 billion over the next four years, which is sufficient for significant ongoing improvement in the provision of public services,” Mr Joyce says.

And interestingly, during National’s massive borrowing-spree, interest rates have remained low. Joyce’s contention that borrowing leads to higher interest rates for mortgage holders doesn’t seem to have happened (yet) – and National has borrowed like there’s no tomorrow.

By making up outright lies about Labour’s budgetary plans, Joyce has not only revealed himself as as deceptive  – but drawn unwanted attention to National’s own irresponsible borrowing over the last nine years.

If it hasn’t been said already, the seat of Ohariu has become irrelevant.  Whether Brett Hudson or Greg O’Connor wins is now academic. Once again, it is the Party Vote that counts.

When Dunne was standing, the coat-tailing provision made him a valuable asset to National. If Dunne breached the 1.2% threshold as well as winning Ohariu, he would’ve dragged in another MP off the United Future party list.

It is the same reason National offered patronage to David “H” Seymour to gift him Epsom: the possibility of an extra ACT MP via MMP’s coat-tailing rule.

This is why Judith Collins doubled-down and stubbornly refused to implement the Electoral Commission’s recommendations in 2013  to eliminate the coat-tailing provision.

The Green Party was thus correct to stand a candidate in Ohariu. Whilst the Greens are not seeking to win the electorate, they are chasing Party Votes – and Ohariu is another opportunity to remind voters that the Greens are vital for this country’s environmental well-being.

Simply put; to be healthy we need our Greens.

Bill English’s announcement on 4 September on TV3’s Leader’s Debate that his party would raise 100,000 children out of poverty in the next three years appears to have been policy made-on-the-hoof.

Because it’s not a matter of simply raising incomes for poor families. As English pointed out in the Debate, it is far more complex, requiring support from an array of social services;

“There’s two things you need to do, one is lift incomes the other is get inside the very toxic mix of social issues which we know are family violence, criminal offending and long-term welfare dependency. We’ve got the best tools in the world now to support rising incomes with cracking the social problems.”

This comes on top of National’s other pledges to improve access for social services;

National have pledged 600,000 low-income New Zealanders will have access to $18 GP visits.

National will also expand the community services card to an additional 350,000 people, with low incomes and high housing costs.

Alongside free GP visits for under 13s and the Very Low Cost Access (VLCA) scheme for GP visits, which were already in place, National’s new policy would mean more than half of New Zealanders would be eligible for either free or cheap doctors visits.

Plus National’s $10.5  billion “Roads of National Significance”.  (Called that, because those Roads are Significant for National to be re-elected.)

The obvious question is: has Steven Joyce checked if  it’s all been costed?

Are there any lurking micro-Black Holes in National’s Budget?

Wouldn’t it be ironic if…?

NZ Herald:  Report shows 170,000 people who need surgery are not on waiting list

Fairfax media:  Southern patients may be dying while waiting for surgery – Labour

Fairfax media:  Who is missing out on surgery? Government releases first figures of ‘phantom waiting list’

Mediaworks:  Economist consensus – there’s no $11.7b hole in Labour’s budget