Home About The Daily Blog

About The Daily Blog

Launched on Friday 1 March, 2013, the ‘TheDailyBlog.co.nz’ unites over 42 of the country’s leading left-wing commentators and progressive opinion shapers to provide the other side of the story on today’s news, media and political agendas.

The Daily Blog Editor, Martyn Bradbury says one of the primary objectives of the blog will be to widen political debate in the lead up to the 2014 New Zealand election.

“Global trends continue to point to blogging and social media as key influencers of mainstream media reporting as well as public opinion. With so much at stake in 2014 we plan to use this online platform to fortify the collective voice of the left and progressive opinions, and enhance the quality of debate across the political spectrum,” says Mr Bradbury.

The Daily Blog is supported by UNITE, the Rail and Maritime Transport Union (RMTU) and the New Zealand Dairy Workers Union (NZDWU). Members of the public are also able to make donations through the blog’s supporter page. 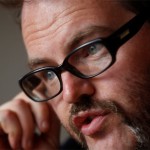 Mr Bradbury says it is hugely encouraging to see three of the country’s major Unions engage in social media and blogging in an effort to further debate around New Zealand’s rapidly increasing inequality.

“New Zealand has 270 000 of its children in poverty, an unemployment rate in the double figures and the highest level of inequality recorded. There is a serious lack of critical public media services available and it’s up to the blogs to fill the gap.”

“I wish to pay respects to the three Unions involved in this project and I look forward to blog posts from Matt McCarten, Chris Flatt and Wayne Butson as they gauge the temperature of industrial relations through the lens of their unions,” says Mr Bradbury.