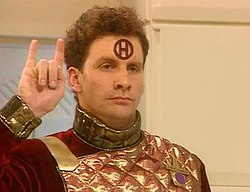 Ask David: When is a Bribe not a Bribe?

National has added to it’s list of expensive election year bribes. Not content with offering $10.5  billion on new roads (which is additional to an  estimated $12 billion  to be spent on seven roads in National’s “Roads of National Significance” plan) – the Nats have promised  to increase their  HomeStart grant by $10,000. First home buyers would get $20,000 to buy an existing house or $30,000 for a newly constructed property.

The election year bribe has been condemned by both Left and Right. Political commentator, Chris Trotter pointed out the bleedin’ obvious;

“ You’ve had nine years to come up with a policy like this and you leave it until the last 13 days in an election campaign to make such an announcement.

This is a further sign of National Party desperation.

If a government wants to do something, the money is there. If National says they’ll find the money, I’m sure they will, but the question is why has it taken so long?

I think that’s a perfectly fair question, the timing is what is most remarkable. ”

But as Newsroom reported when National began to offer home-ownership subsidies in an over-heated housing marlet;

Treasury warned the Government in 2013 that increasing first home buyer subsidies would undermine the Reserve Bank’s efforts to slow down the housing market, force an early Official Cash Rate hike and push up house prices.

According to Newsroom, in  2014 Treasury  pointed out what should have been obvious to the Nats – a party that should be well-versed in supply and demand rules;

“[Welcome Home Loan and KiwiSaver withdrawal schemes]  may undermine the power and credibility of the Reserve Bank’s proposed use of restrictions on high Loan to Value Ratio mortgages, depending on up-take.

Experience with homeowner grants in Australia suggests that such programmes tend to push prices up in a supply constrained environment by supporting greater demand, rather than improving affordability.

Nothing better highlights National’s failure to constrain housing prices, pushed up by rampant speculation and unplanned migration , than having to throw tax-payer’s money at the problem. (Obviously not content with putting a sheep farm in the middle of the Saudi desert, costing taxpayers at least $11.5 million.)

National’s favourite holographic coalition partner, ACT’s David Seymour,  also put the boot into National’s election year gift calling it out for what it is – a policy failure and a baked election bribe;

“ It’s an admission of National’s failure to fix the fundamentals of our housing crisis. Instead of getting homes built, they’re trying to soothe home buyers’ pain with a bribe.

Only a few months of flat price growth has scared National into propping up investors’ capital gains with taxpayer money. ”

However, David Seymour is not above throwing tax-dollars around as election year bribes when it suits his own electoral re-election agenda;

The ACT Party says it would bring in bulk funding for teacher salaries, offering schools $93,000 per teacher but only if they abandon collective agreements.

At its campaign launch this afternoon, ACT leader David Seymour said he wanted to give schools the power to decide what individual teachers earn.

The party would do this by introducing bulk funding, where schools could opt out of the centralised payroll system and collective agreements.

Seymour was blunt in his desire to see teacher’s unions undermined and destroyed;

“ACT’s policy will address these pressures. And because it comes with the proviso that schools leave the union contract […] It’s frankly a disgrace that teacher unions would reject a billion dollars in new funding in order to protect the status quo that denies kids the education they deserve. ”

Seymour couldn’t explain where the money for the outright bribe for teachers to abandon their voluntary union participation would come from. He simply dipped his fingers into government coffers;

Party leader David Seymour said that the Government surplus of $3.7bn meant the party could promise to pay principals $975 million, to pay good teachers an extra $20,000 each, without cutting services or raising taxes.

It is not just National that is showing increasing signs of desperation. When a right-wing political party that supposedly espouses individual freedom of choice offers  tax-payer funded bribes for people to quit an organisation they have voluntarily opted to join – then we begin to understand that the entire neo-liberal paradigm is under threat.

Will David Seymour offer our hard-earned tax money to other people to quit organisations he doesn’t agree with?

Challenge to David Seymour on the RMA

Only NZ First’s Winston Peter’s – in a hissy-fit of unbridled ego – refused to take part. Peters’ reasoning could be called weak at best’

“…I was astonished, on a general inquiry late Tuesday, to be told by them that neither Labour nor National had ever accepted the invitation.”

Though why Peters believed that the two major parties – National or Labour – would participate in a Minor Parties Debate is unclear.

Anyway, despite Peters’ toy-tossing tantrum, “minor” parties they may be, but their presence in Parliament will often determine the government, and influence policy.

During the debate, the Resource Management Act was made the scapegoat by ACT leader, David Seymour, for the failing of the neo-liberal system to satisfy market demand for housing.

The moderator asked Seymour if his elecotrate of Epsom would accept higher-density housing developments  if the RMA’s urban protections were removed.  Seymour replied;

“ We could make Epsom a RMA free zone and see what happens.”

There would be blue-blood in the streets of affluent, leafy, upper middle-class Epsom if high-rise developments suddenly filled the skyline.

An example of what Epsomites might expect if ACT got it’s way and the RMA was abolished or significantly weakened to allow unfettered urban development can be found in the Wellington suburb of Mt Victoria.

Amongst the single, two-story, and occassional three-story homes is a massive high-rise block of apartments called  Melksham Tower. The building was constructed around 1975, prior to the passing of the Resource Management Act in 1991 (ironically by the then Bolger-led National Government).

Melksham Tower around 1975 with locals protesting; 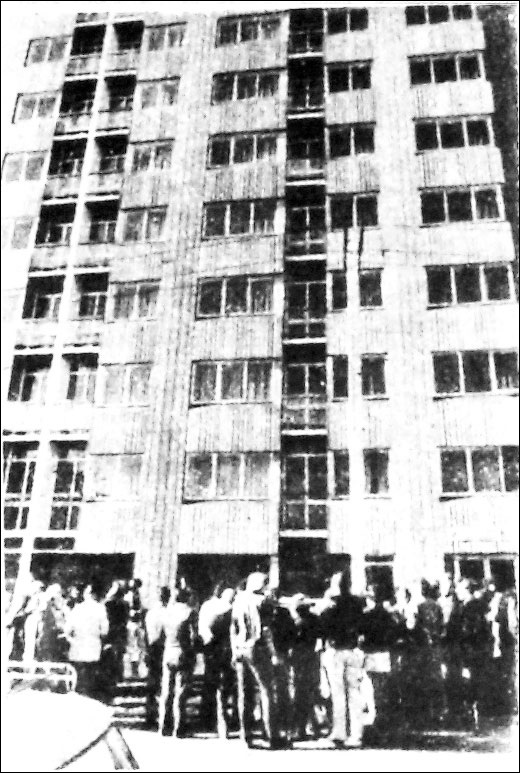 A newly completed block of high-rise flats in Mt. Victoria has become the focal point in a struggle between private developers and local residents.

The local residents, led by the Mt. Victoria Progressive Association, are angry about the construction of Williams Development Holdings’ new 10-storey Melksham Towers building, which was originally given a council permit on the basis that it would be a block of flats.

Residents have mounted a vigorous campaign against the tower block itself, but the main attack has been focused on the roots of the problem—the inability of a community to have any say in the development of their area. The campaign started from general meetings of the Progressive Association and a small group of people went from door-to-door in the area discussing Mt. Victoria’s development and the significance of Melksham Towers.

The response was such that a demonstration of 70 residents gathered outside the tower block recently to show their disapproval of what has been described as ‘a human filing cabinet’. They also discussed what steps could be taken to prevent the construction of any similar structures.

The struggle between the interest of private developers and local communities will continue as long as people are told that area planning is perogative of those experts ‘who know best’. But, even if the Mt. Victoria residents have been too late to stop the construction of the Melksham Towers monstrosity, they have been successful in building a much closer community which is more aware of the injustices that surround it and the forces that control it. As one resident said: ‘The protest has only just begun.’

If David Seymour takes up James Shaw’s challenge, the good people of Epsom could “share the pleasure” of Mt Victoria’s citizens of  learning the hard way what unfettered development has in store for them.

Would Seymour accept that challenge?

For Epsomites, ‘The protest will have only just begun’.

On 4 September, during  TV3’s Leader’s Debate, National Party Leader and soon to be ex-Prime Minister, Bill English, sprung a surprise on the people of New Zealand. English committed his administration to committed to raising 100,000 children out of poverty in the next three year Parliamentary term;

“ There’s two things you need to do, one is lift incomes the other is get inside the very toxic mix of social issues which we know are family violence, criminal offending and long-term welfare dependency. We’ve got the best tools in the world now to support rising incomes with cracking the social problems.”

All we have to do is party-tick National and give him that fourth term in Parliament. Simple as, bro!

Which raises some interesting and obvious questions;

But worse still – how seriously can we take Bill English’s “committment” when National Ministers have excused their failings to meet their own goals by labelling them as “aspirational” only; 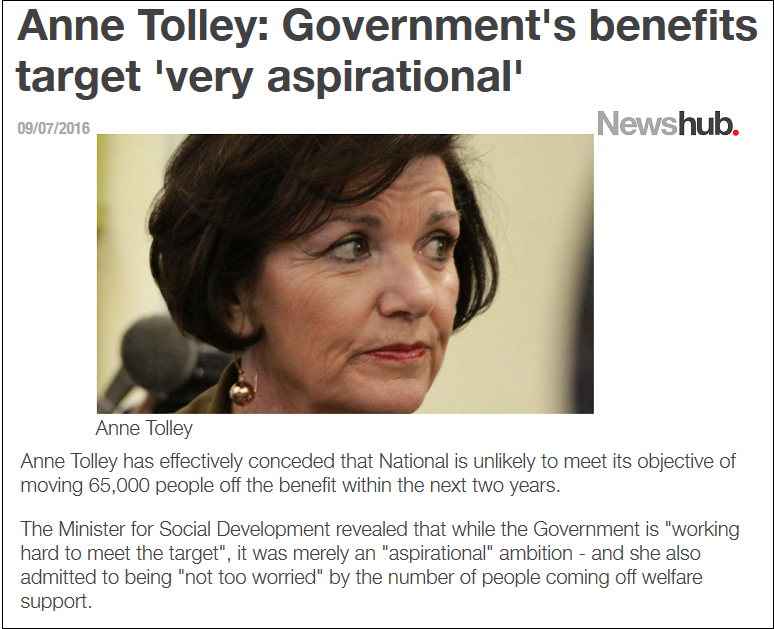 When Minister Tolley was challenged on TV3’s The Nation why welfare numbers were still high, she replied;

I wonder if National’s campaign for re-election is also… “aspirational”?

According to ACT’s Beth Houlbrooke, the poor should not be allowed to breed;

The sub-text of Houlbrook’s assertion is clear and simple; poverty is the fault of the poor. Obviously they are incapable of enjoying the benefits of the neo-liberal, free-market system and have chosen to remain – poor. So after thirty-plus years of the “Revolution”, the peasants cannot recognise the paradise put before them by the likes of Roger Douglas, Ruth Richardson, et al.

In which case, if ACT believes so deeply that “parents who cannot afford to have children should not be having them” – then it should be prepared to make that Party policy and legislate accordingly.

I therefore call upon ACT Leader, David Seymour, to publicly announce that his party will be putting forward legislation to ban low-income families from having children. He can advise the public how much people must earn before the State will issue a permit to breed.

Of course, that still leaves the thorny problem of what to do with children of parents who lose their job(s); become bankrupt; lose their business, and must rely on welfare.

One response to ACT’s announcement offered a possible ‘solution’;

I look forward to how ACT will sell this policy to the public.

Fairfax media:  ACT says it will give schools $20k more per teacher, if they abandon union contracts

The Standard:  Nat/ACT don’t think poor people should have kids 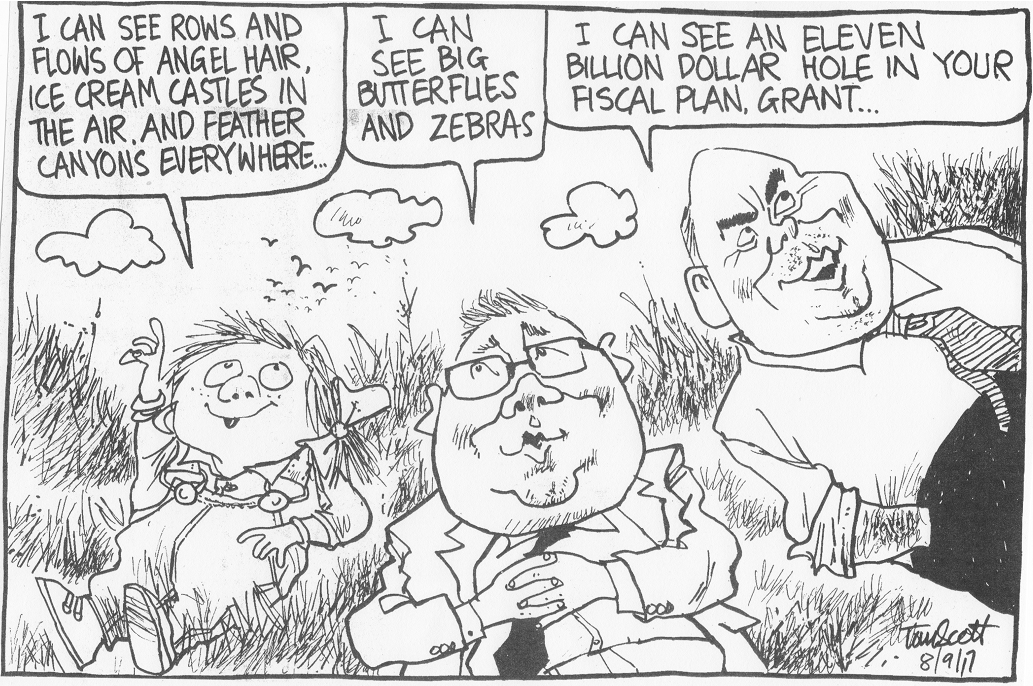 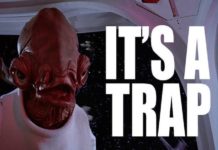