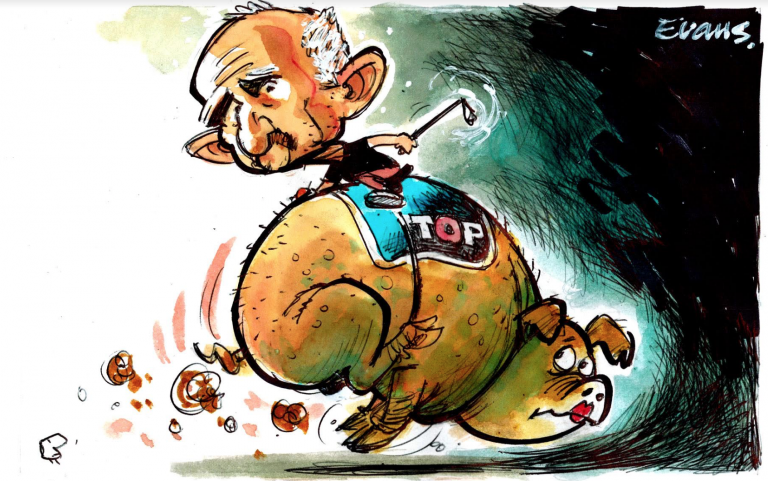 The people have spoke;  votes cast; and now the post-election negotiations begin in earnest…

… once Special Votes are counted and announced on 7 October.

Three years ago, there were 330,985 Special Votes cast, accounting for 13.5%  of total votes. That reduced National’s seats in Parliament by one, and gifted the Green Party a fourteenth MP. The balance of power in Parliament went through a seismic shift with that one transfer of a single seat.

This year the number of Special Votes has risen dramatically to (approximately) 384,072 (or 15% of total votes).

Special Votes have traditionally supported left-leaning Parties and Labour and the Greens may pick up one or two extra seats, at the expense of National.

National will lose one, maybe two seats, reducing it’s MPs from currently 58 to 57 or 56.

Two extra seats for the Labour-Green bloc will strengthen their hand in negotiations with Winston Peters. A Labour-Green-NZF coalition would rise from 61 seats to 62 or 63 out of a 120 seat Parliament. (With the demise of the Maori Party, there is no over-hang.)

No wonder Peters, Labour, and the Greens can afford to  bide their time. Two weeks will give the three parties a clearer picture as to what voters have delivered.

The Maori Party – a ‘bob each way’

During the election campaign, on 28 August, the Maori Party’s co-leader, Marama Fox, startled the country by making noises that her party could work with Labour as a coalition partner;

“I know our people lean left and they’d love to see us in a coalition arrangement with Jacinda, Metiria not anymore, but somebody from the Greens and Marama Fox and Te Ururoa Flavell. We could change the world – I think that would be amazing.”

She continued asserting that the Maori Party could work in coalition with Labour. In effect Ms Fox was re-branding the Maori Party as an opposition party working to change the government.

“Yes, I do. I do, because I work with him. I do believe, come what may that he is an honourable person. That he does have people’s interests at heart […] But  I do believe that he is the right person under the circumstances. He has all that background and that knowledge  and I believe that, that he can take  the country forward.”

Ms Fox may have been earnest in her desire to move her party to the left. But Flavell’s comments suggest otherwise.

We will never know.

The Doom of the Maori Party

The demise of the Maori Party should not surprise anyone. They have suffered the doom of any small political party that has made two grievous mistakes.

Mistake #1: Moving too close to their major coalition partner  and being over-shadowed and subsumed by the  Blue Colossus that was the National-ACT Government.

Mistake #2: Ignoring past ‘messages’ sent to them by voters who consistently showed their displeasure at the Maori Party’s choice of coalition partner. Since the 2008 general election, the Maori Party’s presence in Parliament has steadily dwindled;

In blaming voters for their defeat, Marama Fox and Te Ururoa Flavell and other Maori Party leadership ignored the gradual decline of voter support until they had nothing left.

Hone Harawira proved himself correct when he criticised the Maori Party’s coalition with National;

“The downside of being in government with National is having to put up with all the anti-worker, anti-beneficiary and anti-environment (and therefore anti-Maori) legislation that comes as a natural consequence of having a right-wing government.

The Maori Party is a coalition partner of that government and our co-leaders are ministers in that government, so unless we take a very strong position against some of the government’s legislative agenda we will be seen as supporting that agenda.

It does not reflect the hopes and dreams of either the Maori people or the Maori Party, and was opposed by most Maori during the select committee hearings. If we support this bill, we’re effectively saying that our coalition with National is more important than our commitment to Maori.”

Even Patrick Gower warned the Maori Party four years ago that it was sliding toward an inevitable doom if it maintained it’s cosy relationship with the Tories;

” It needs the nuclear option.

It needs to kick National in the guts and walk away.

It’s time for Flavell to change the narrative.

He needs to position the Maori party differently – much differently. “Positioning” isn’t enough any more – he needs to make a break.“

And so it came to pass.

Which is unfortunate, as I believe that the Maori Party’s voice in Parliament added to the public discourse. One hopes that a resurgent Maori-Mana Party will return in 2020. Maori need representation in the House, independent of any mainstream, pakeha-dominated party.

Gareth Morgan’s call for the Green Party to work with National is either political naivete – or a cunning plan to undermine and eventually destroy the Green Party and siphon off their voter-base.

Either way, not a look look for Mr “Common Sense”.

The fate of the Maori Party (and other small parties whose orbits took them too close to their stellar coalition partners) is a clear warning that a blind person could see.

Mr Morgan should to stick to his “knitting” such as promoting the Universal Basic Income and building his own party for 2020.

ACT – time to pull the plug

It’s time for National to pull the plug on ACT. The Epsom life-support unit served it’s purpose when ACT could be guaranteed to poll over 1.2% – but it’s electoral support has been waning since 2008;

With no hope of ACT’s sole MP, David Seymour, pulling in a second MP on his “coat-tails”, National might as well cut him loose and regain Epsom for themselves.

Who can really care anymore for a “Party” polling at half of one percent?

“We want to get on with the job of forming a government, but we will work with New Zealand First at a pace they’re willing to go.”

He said it was pretty clear cut that a two-party coalition would be more stable, and voters had given National a task of forming a government with New Zealand First.

“Our position in going into those negotiations is that almost one in two New Zealanders supported National.

“The voters have given us the task of forming a government with New Zealand First and that’s what we’ll proceed to do.”

ACT would complicate a governing arrangement, and he would not expect the party to be included in that government.

“The shortest path to stable government is a two-party coalition between National and New Zealand First.”

By the way, David Seymour…

On TVNZ’s Q+A, ACT leader and sole-MP, David Seymour, blamed First Past the post for his party’s crushing defeat on Election day;

“Every minor party got hammered, we kind of went back to a first-past-the-post environment.”

Typical of right-wingers; demanding personal responsibility from the rest of us – but never showing any themselves. If ACT cannot win electoral support under MMP, then it will never achieve success under any system (except maybe at gunpoint).

Perhaps Mr Seymour should just accept that 99.95% of voters simply do not like ACT’s free-market, dog-eat-dog,  and corporate-welfarism for it’s taxpayer-funded Charter Schools.

Yes Winston, we have…

The question is, what will he do about it?

Does Winston Peters really want his party to end up like the Maori Party, ACT, and Peter Dunne – all casualties of their political closeness to National?

Lisa Owen made this observation on TV3’s The Nation, on 24 September, when she pointed out to Steven Joyce;

As others have pointed out, a vote for NZ First was indeed a vote for change. Otherwise, those leaning toward National would have cut out the Black & White Middle Man and voted for the Blue Team.

Going with National is More of the Same.

The Fate of The Maori Seats

With the demise of the Maori Party and the assimilation of all seven Maori Seats into a mainstream, predominantly white-person’s political party, it is more apparent than ever that we need to retain those Maori Seats to ensure on-going, guaranteed Parliamentary representation for Tangata Whenua.

If National bows to Peters’ demand for a referendum on the seats, it will be a sad day for democracy in this country when the Majority get to choose on entrenched safeguards for a Minority.

Why do (some) pakeha feel so threatened by seven seats when they  have 113 seats for themselves, under their potential full control?

It can’t be any notion of “reverse-racism”. Those who demand the abolition of Maori seats rarely concern themselves with such matters.

In a Hollywood movie, a budding politician rises up from nowhere and successfully takes on the political Establishment Elites. After a struggle, the hero/heroine prevails, showing that truth, courage, and integrity will always defeat the Dark Forces of the political Elite. Cue happy ending; cue stirring theme music; roll credits; bank the ticket-takings.

In real life, Steven Joyce and his party strategists (with the assistance of Crosby Textor?) spun two lies, regarding Labour’s mythical “$11.7 billion fiscal hole” and that Labour would “raise taxes”. None of which were remotely true. Joyce was aided and abetted by Bill English who unashamedly repeated those two lies at every opportunity, whether on-air debates or interviews on Radio NZ, Q+A, The Nation, etc. At no point did either man resile from their wilful calumny.

If 998,813 voters who ticked “National” on their Party Vote ballot weren’t aware that the two claims were barefaced lies – or, knew it was a lie and simply didn’t care – Joyce’s  strategy for mis-information worked.

Even Patrick Gower – no friend of the Left – knew that Joyce’s claims were deliberate lies, and was appalled at what he was witnessing;

The Dirty Tricks strategy was previously used against Winston Peters when an unknown agent leaked his superannuation over-payment to the media.

At the next election, Labour and the Greens must be better placed to strategically address “fake news” from the National Party. Labour and Green strategists must  be conscious that the Nats will stoop to lies if their pre-election polling shows them at-risk of losing. A rapid-response task-force should be ready and well-resourced to counteract such lies; to do it immediately,  and with energy.

Patrick Gower put it this way on The Nation on 24 September, when he interviewed Labour’s Phil Twyford;

“…And one of the issues was the attack from National on tax and their lies, in effect. Now, why didn’t you call them out earlier?

[…] But where was her junkyard dog? Where was someone— If she was relentlessly positive— And, actually, I’m going to call you out here — were you personally too late? Do you take some responsibility for not taking on Steven Joyce and letting him get away with what he did?”

That was Then, This is Now

In 2008 and 2011, then-Dear Leader John Key was emphatic that under no circumstances would he entertain any coalition deal with Winston Peters;

The Nats are nothing if not “flexible”. As are their “principles”.

Fairfax media:  Māori have ‘gone back like a beaten wife to the abuser’, defiant Marama Fox says

Fairfax media:  The Māori Party is out: Labour wins all Māori electorates

Fairfax media:  Winston Peters, scandal and a recipe for revenge

The Standard:  National have poisoned the Peters well

The Standard:  Where to now for the Greens?

The Standard:  Consider the people of New Zealand First

The Standard:  National rules itself out of coalitions with cynical BillShit

How biased is the media? A Patrick Gower case study (2014)