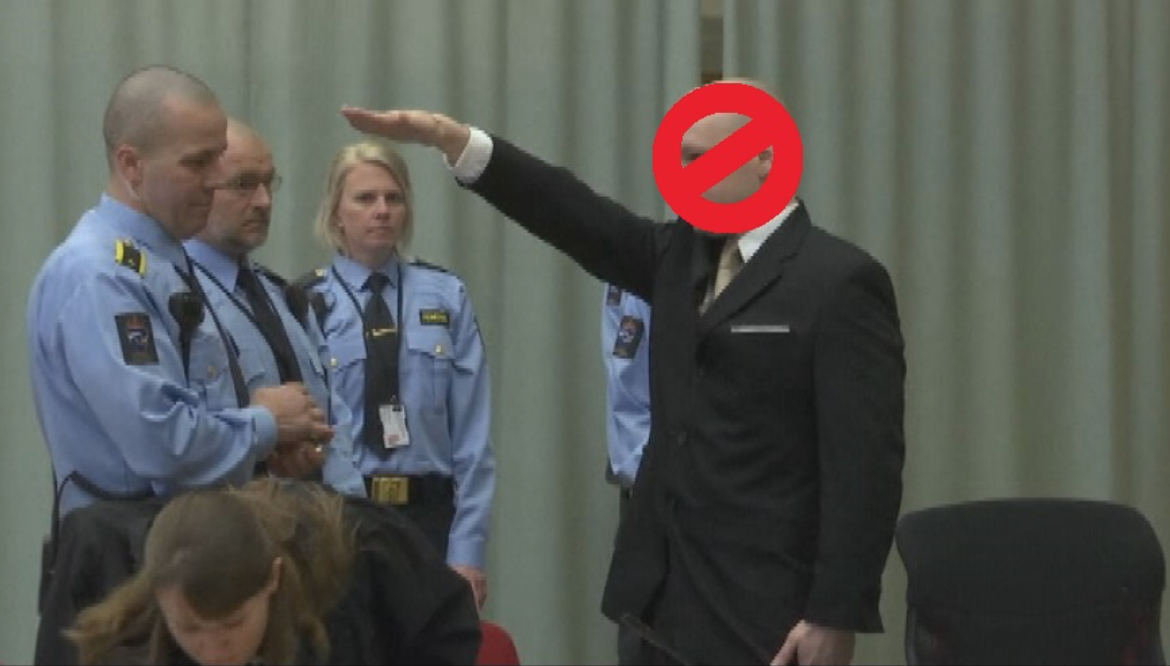 “New Zealanders hearing so many of the details and seeing Weatherston taking the stand will have been absolutely dumbfounded that this remorseless killer has had a platform for his justifications and excuses televised and thoroughly reported by the media.”

That was from  the trial of Clayton Weatherston in 2009, convicted killer of Sophie Elliott. His behaviour in court, televised for all to see, was appalling.

Chief executive of Women’s Refuge (at the time),  Heather Henare, described Weatherston’s self-serving exploitation of his courtroom platform with disgust;

“New Zealanders hearing so many of the details and seeing Weatherston taking the stand will have been absolutely dumbfounded that this remorseless killer has had a platform for his justifications and excuses televised and thoroughly reported by the media.

Everyone must have a fair trial, of course, but I think we need to be asking whether a trial like this actually represents any kind of justice whatsoever.”

Even as the nation looked on at Weatherston’s performance, the fact is that there was only one real person that Weatherston was playing to: himself. He would have had very little, if any, support from his audience.

(Note: this blogger will not share images showing the killer’s face. If you’re sufficiently curious, look it up yourself.)

Breivik justified his killing spree with a chilling statement that bears relevance to the Christchurch terror attack on 15 March;

“They were not innocent, non-political children; these were young people who worked to actively uphold multicultural values…”

During his court case, Breivik expounded his far right views. It became his platform to promulgate his ideology and to create an image of “heroic action” amongst the far-right in every nation on Earth, from America to Britain to Greece to Ukraine and elewhere.

One survivor of his terror attack, Viljar Hanssen,  was clear in his condemnation of the Courtroom circus;

“For many of us, the relentless struggle for a good and dignified life continues… while the media incessantly give a podium to the Breivik circus.”

It had an eerie similarity to critics of Weatherstone’s behaviour during his trial.

The difference between Weatherstone and Breivik is that Breivik was playing to a supportive, approving audience throughout the world.

It should not be lost on people that the alleged Christchurch shooter committed his terrorist atrocity having been inspired by Breivik.

Breivik, in turn, disclosed he had been inspired by Oklahoma bomber and far-right terrorist, Timothy McVeigh.

Breivik and McVeigh have becomes heroes amongst the far right, with many openly declaring their admiration of the murderers. Some, llike Christopher Paul Hasson, were fortunately  caught by law enforcement authorities before they could carry out their own terrorist attacks.

Hasson had been inspired by Breivik.

In the far-right “community”, the term “Going Breivik” has obvious, deadly meaning.

There are multiple instances of far right individuals carrying out, or attempting to carry out, their own terror attacks. All have been inspired by other attackers.  It is an ongoing cycle of domino of death.

It is against this back-drop that we now have to consider the alleged Christchurch shooter’s own looming trial. The alleged killer has indicated he will represent himself;

The duty lawyer who represented Tarrant in court on Saturday confirmed to the Herald today that he was no longer acting for him.

Richard Peters said Tarrant appeared to be lucid and was not mentally unstable – other than the extreme views that he held.

Peters said that his job representing Tarrant ceased on Saturday – and that the accused gunman had told him he wanted to represent himself in future.

This raises the spectre of the alleged Christchurch shooter repeating past instances of terrorists turning his trial into a platform to spout his racist, xenophobic views; his motivations; and his ideas of a world-wide war against other ethnic and religious groups.

Any notion that this will not happen is naive.

When the alleged shooter went on his killing spree, it was live-filmed and up-loaded onto social media. Since then Facebook  confirmed removing 1.5 million copies of the terror attack. That was two days ago (as at writing this blogpost). The number has probably increased by the time you read this.

The purpose of filming and uploading a video of the attack should be clear to everyone.

For the alleged shooter to be given a Court platform by televising or  radio-broadcasting his comments would compound his desire to spread his toxic extremist views. As Massey University law professor, Chris Gallivan, pointed out;

“We’re going to hear a lot more about this gentleman and probably from this gentleman, and also about his ideology, before this is over.

We have to ensure the victims are protected through that and that it is not a platform to be able to extol his worldview. But if he self-represents – the courts probably will struggle to stop him using this as a platform.

Anders Breivik didn’t recognise the jurisdiction of the court and used every opportunity he possibly could to spout his vitriol and worldview.”

From there, it is a short step to that publicity being widely disseminated amongst the far right, and inspiring the next terrorist attack. Copy cat attacks are already occurring in Britain;

Detectives are investigating an alleged far-Right terror attack in Surrey after a teenager was stabbed amid a spate of racist incidents across Britain which came in the wake of the New Zealand massacre.

Politicians and police have condemned the attacks and said extremism has no place in British society.

The 19-year-old victim was said to have been attacked by a man armed with a knife and a baseball bat who it is claimed was heard shouting racist comments.

Yet, conducting the trial in secret is also not a solution.

Secrecy breeds suspicion. It would give birth to a host of mind-numbingly tedious conspiracy theories. Salient information about his actions would be lost. It would create dangerous legal precedent.

There has to be a middle-ground. A compromise where the alleged shooter is denied a platform – but where secrecy does not create unintended consequences.

Televising and radio-broadcasting the alleged shooter’s comments is simply not tenable. That would give him the stage to encourage others by his own words.

Just as The Daily Blog denies links to ‘Infowars‘ because the administrator(s) consider Alex Jones a crazed hate-monger who cannot be reasoned with.

Worse still, it re-victimises the survivors and families of the terror attack. The ghoulish spectacle of the alleged shooter on our TV screens or his voice on our radios, would be an unbearable trauma for many people. There is no fairness in such a prospect.

The best compromise is to allow media to attend the trial – without electronically recording and disseminating anything the alleged shooter says. His comments can be paraphrased, if they are salient. Simply repeating his toxic beliefs is unnecessary. Anyone interested in his ideology has a multitude of far right websites to visit: they are not shy in seeking publicity (and recruits).

RNZ chief executive, Paul Thompson,  has  taken a lead by approaching other news media to show restraint how the alleged shooter’s comments should be reported in the media;

RNZ chief executive Paul Thompson said the organisation would have “really strong editorial controls” in its court coverage, focusing on the key legal aspects of the case.

“Just because someone’s representing himself, perhaps, and makes a three-hour opening statement, you don’t have to cover every word of it,” he said.

Mr Thompson said he had begun contacting others in the news business to see if they wanted to develop a joint approach.

“It’s no good if some of us exercise that restraint and other outlets don’t,” he said.

Furthermore, Court gallery seating should be given priority to the families, friends, and community leaders of his victims. They, above all of us, have a right to see the face of the alleged killer who took so many precious lives.

Recording devices (smart phones, dictaphones, etc) should not be allowed into the Court.

Some may balk at these suggestions. I make no apology for making them.

We should deny him that oxygen. Just as we deny ISIS the oxygen of publicity by removing their on-line propaganda videos whenever they are found.

Otherwise, any direct publicity given to him could inspire the next far right terrorist to commit his own atrocity. We would be complicit in that.

New Zealanders never thought this would happen here. But it did.

New Zealanders may think giving the alleged shooter a platform won’t inspire the next killer. It will.

We should think carefully on what we do next.  There will be consequences.

There are always consequences.

The Guardian: Anders Behring Breivik claims victims were not innocent

The Buffalo News: For some alt-right extremists, bomber Timothy McVeigh is a hero

TDB:  On the trial, on the failure of our intelligence agencies & on the blame game

TDB:  Dr Liz Gordon – The narcissist twins and the future of humanity

A funny thing happened at the Mall