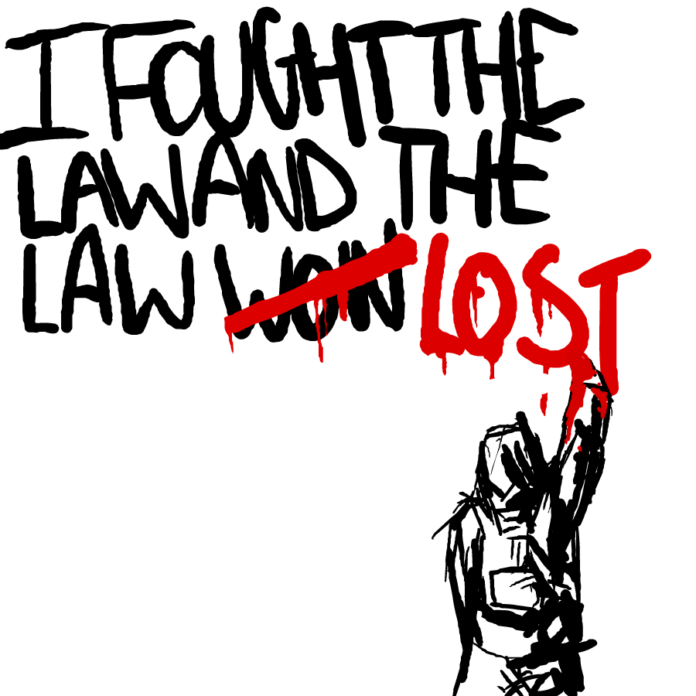 ‘Bomber’ Bradbury gets apology from police after exploit used to access bank records, driving him to the edge

An apology has been made by police to blogger Martyn “Bomber” Bradbury after officers investigating the identity of the hacker Rawshark used a loophole in the Privacy Act to unlawfully access his private information.

It is the third apology and settlement made by police following the 2014 investigation into Rawshark, who was said to have hacked information belonging to former Whaleoil blogger Cameron Slater.

Journalist Nicky Hager – who wrote the book Dirty Politics based on Rawshark’s information – also received an apology and settlement from police, as did his daughter, who was targeted simply through living at her father’s house.

After 5 years, the NZ Police have apologised and settled my complaint against their breach of my privacy and civil rights during their deeply flawed case against Nicky Hager.

The formal apology is as follows. 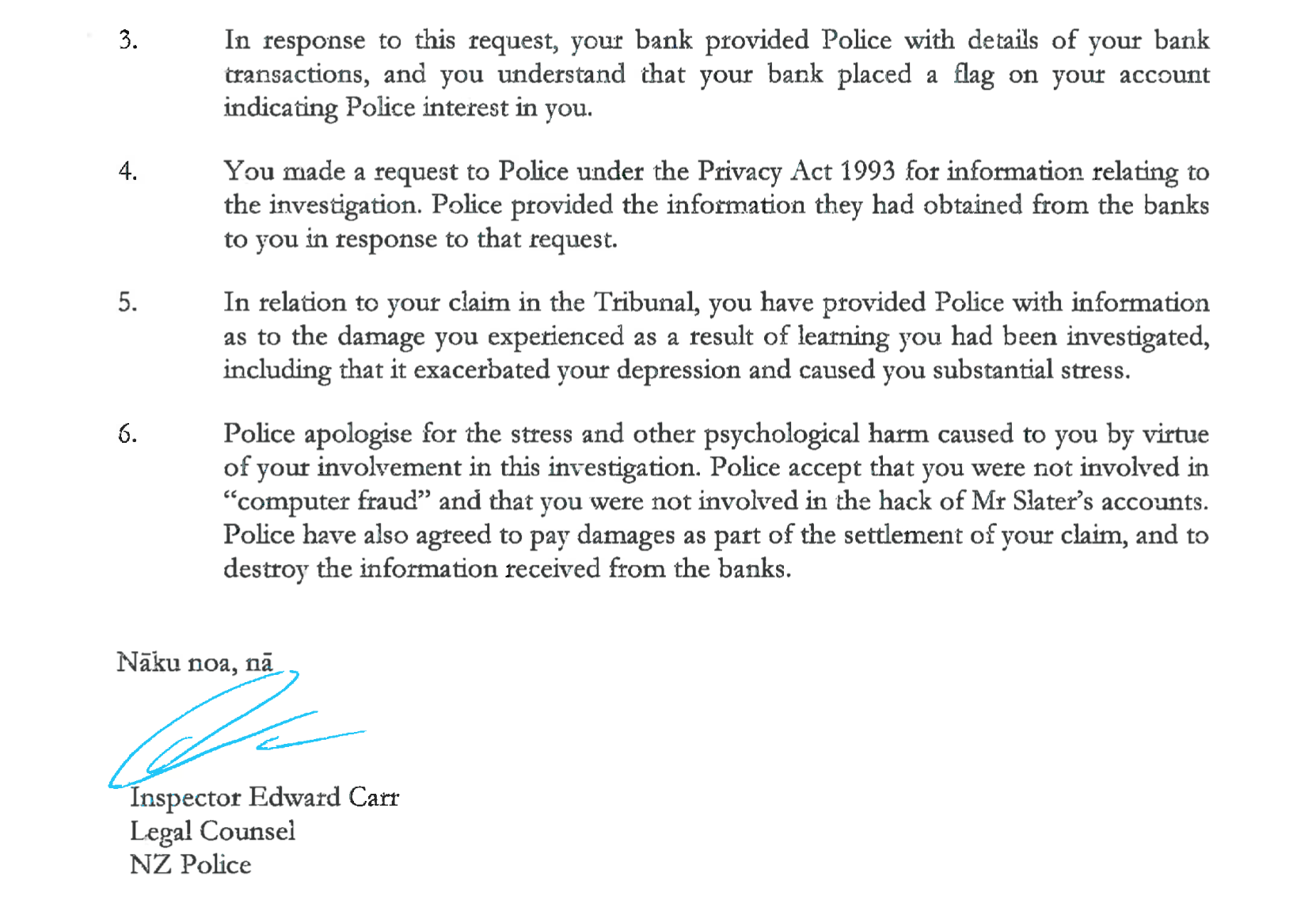 Once the NZ Police were caught out telling every single bank and lending agency in NZ that I was a computer fraudster and gained access to my bank records without a search warrant or production order, their claim was that they didn’t need to gain a search warrant or production order because they had overwhelming evidence to suspect that I was Rawshark but that they wanted to hold that argument in a secret court using secret evidence.

My lawyer and I went to the Human Rights Review Tribunal in August and argued that giving Police the powers of medieval feudal lords kinda flew in the face of about 800 years of legal jurisprudence and that allowing them to hold secret trials using secret evidence was so far out of the norm that there was no way this should even be contemplated.

It was important to me and my lawyer that the argument was made to dismantle this attempt to set a precedence of secret trials and secret evidence.

This formal apology, acknowledgment of the harm and settlement of my case is the end product of a very long fight, but we urge the HRRT to continue with a ruling.

I wish to thank my lawyer Graeme Edgeler who is a superhero when it comes to civil rights, if you ever find yourself in a battle with the State, he is the man to call.  I would also like to thank Justice Minister Andrew Little who wrote a very compassionate letter, Matt McCarten for his support, Herald journalist David Fisher who understood the enormity of the abuse of power from the beginning, David Seymour who as my electorate MP wrote a fantastic letter in support of my case, my whanau for putting up with me for the last 3 years and of course Nicky Hager who was the central figure in this delusional case.

While I hope that this unfortunate madness was just grotesque incompetence on behalf of the NZ Police, throughout this case there was always the hint of something darker beneath the surface, that in 2014 all sorts of Government Intelligence Agencies were active and doing all types of things well outside the law. At that time I was deeply involved in MANA, the Internet Party and leading the campaign against mass surveillance. During the HRRT hearing the Crown continuously attempted to use the Ahmed Zaoui case as a defence for secret trials and evidence which is extraordinary because the Zaoui case is widely regarded as one of the worst abuses of State power because it is entirely based on a woeful interpretation of National Security.

While the Crown never said that this was a National Security issue, they certainly attempted to imply it at the hearing in August and even went as far as trying to insert the secret evidence into their initial pre-hearing papers. This stunt was knocked back by the Human Rights Review Tribunal because seeing the secret evidence at a trial to decide whether or not the Police can use secret evidence would be a Kafkaesque absurdity.

Brothers and sisters, the day I am defined as a bloody national security threat is the day our democracy dies laughing.

There is something truly obscene about the way those on the progressive side of politics have our civil rights trampled at the drop of a hat by the security apparatus of NZ. MANA, Greenpeace, Māori Iwi fighting big oil, the Greens, Muslims and investigative Journalists like Nicky Hager and Jon Stephenson were all recently abused and/or illegally spied on by the State yet that enormous mass surveillance state couldn’t protect us from an actual white supremacist terrorist who was plotting an atrocity in Christchurch for two years.

Who the hell are we actually safe from here?

I’ve always believed that NZ is a progressive liberal democracy with in built checks and balances to prevent abuses of power, but this 3 year battle has shocked me into realising how few checks and balances actually exist, that the watch dogs are all muzzled by underfunding and only a bloody mindedness to not let the bastards win is your only defence.

I blogged in 2015 that Police could use these powers to damage activists out of spite, I had no idea at the time that I’d inadvertently predicted it by being the example.

While I am deeply pleased that the Police won’t gain a precedence to use secret trials and secret evidence and grateful to those who helped with this battle, when you fight the State it leaves you drained and burnt out.

I intend to take some time to spend with my wee daughter at the beach. 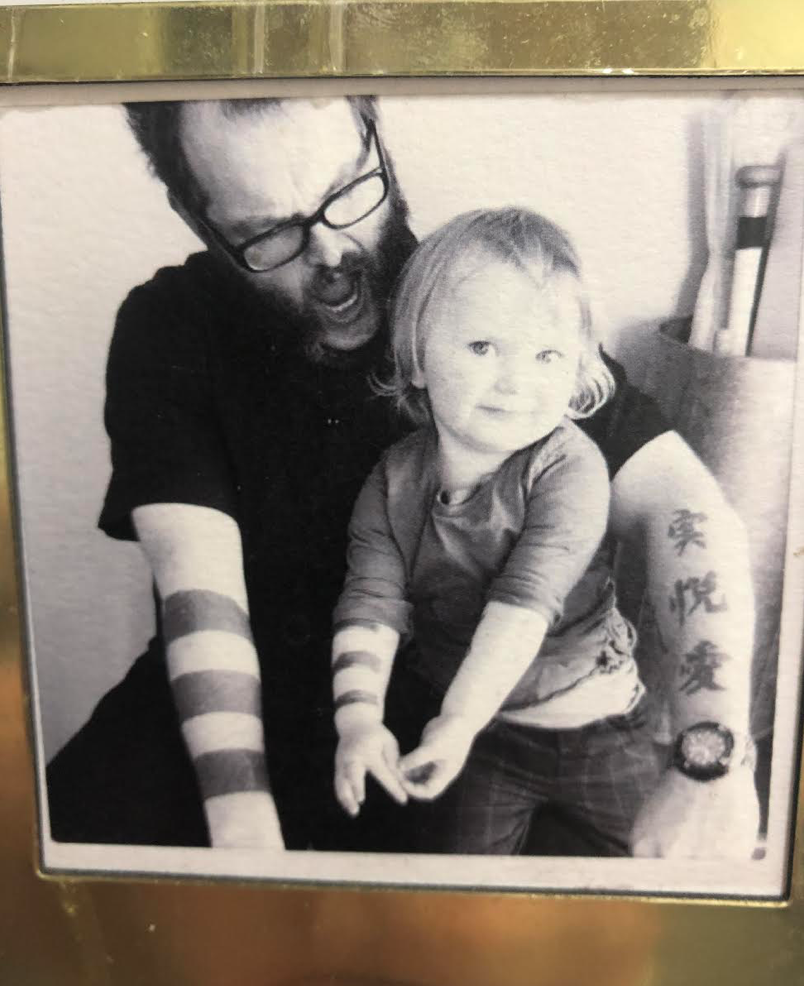