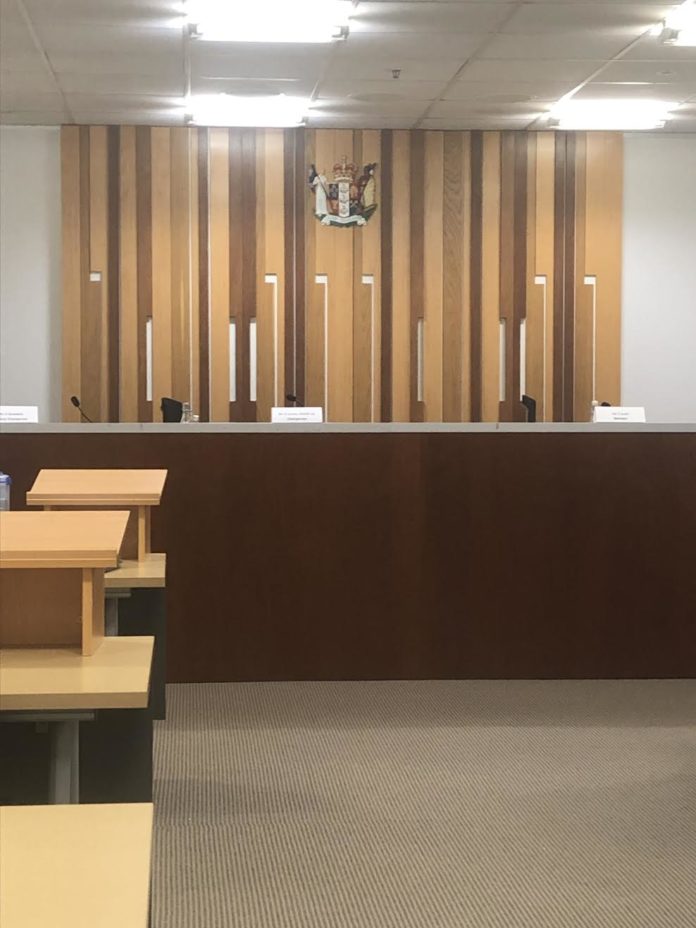 Right from the get go, it’s all on.

The Police have submitted secret evidence to the Human Rights Review Tribunal in pre-hearing papers, neither I nor my Lawyer Graeme Edgeler were aware of this, so before the hearing into not allowing the Police to hold a secret trial with secret evidence, Crown Law would like to brief the Tribunal with their secret Police evidence.

The Tribunal are struggling with the Crown Law request.

The Tribunal decide that they will hear the argument about whether or not the Police can gain the powers of a medieval feudal lord before the Police can impact that hearing with their secret evidence. It is put aside and sealed.

This is the first chess move and it’s to knock the entire chess board off the table.

Crown Law have not come to frolic. 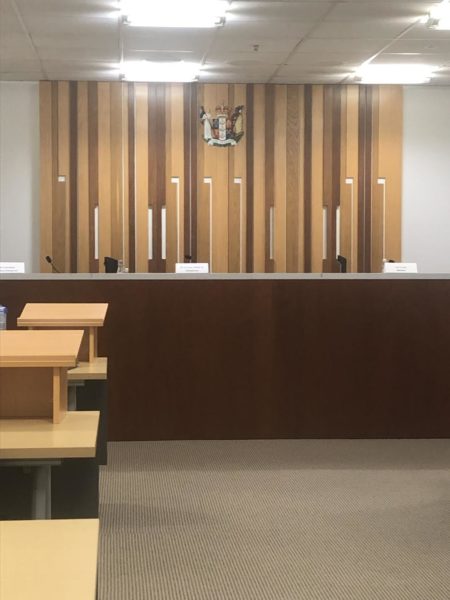 The Tribunal Adjudications Court room in Wellington is tidy formal with function, like Ikea justice. Beige, cream, soft colours. Nothing is black and white here, it’s a thousand shades of mahogany.

There are a smattering of media outlets covering the story and observers from other state agencies alongside me, my lawyer and the Crown law team.

The full Tribunal of 3 women and 1 man are dressed like people who are intimidatingly intelligent. I am grateful many times for having a lawyer like Graeme Edgeler, this is one of those times. I’m relieved to have him as a bulwark between me and their ever recording eyes. Words have enormous power here, misspeaking is a misstep in a minefield.

With my mouth, I don’t have that many limbs.

They explain that as part of the deeply flawed prosecution of Investigative Journalist Nicky Hager, the Police exploited a loophole to force banks into handing over my bank records without a warrant or production order by falsely claiming I was involved in the hack of Cameron Slater.

They would like to hold that case in a secret trial using secret evidence.

Kafka is weeping tears of mirth and rolling around on the floor laughing his arse off.

Apparently Western Civilisation as we know it will crumble if the Court won’t let them have their secret trial, so much so, they will actually strike the case and walk away from it altogether.

Some of the Crown argument is relying on the Ahmed Zaoui case (FUNFACT: I helped on the Zaoui case, I know, what are the odds?), which isn’t too flash seeing as the Zaoui case is widely regarded as one of the worst national security cock ups in NZ legal history. Using Zaoui to justify secret trials is like using the Hindenburg to promote air safety.

The Tribunal read her submission. Only the Head of the Tribunal looks at her from time to time dispassionately. He asks politely for clarifications as he dismantles large chunks of the Crown Law argument by gently pointing out that much of their case is relying on  centimetre thin ice and they are a small elephant attempting to break dance.

What the State is trying is so uniquely out of line that the Tribunal have to remind the Crown that some of the case law they’re offering up as support of their argument, when in context, doesn’t support their cause at all.

Crown Law are no longer frolicking, they’re on the ground with a snapped achilles tendon.

New Zealand is pretty lucky to have Graeme Edgeler. I couldn’t have even gotten this case this far without him.

I’ve known him a couple of years, and he’s such decent and kind bloke with a terrifyingly brilliant legal mind. He’s one of the few whose call on a legal issue can silence Twitter which is a Herculean feat.

He has a passion for civil rights and legal rights and he reached out when this case hit the media.

He leaps to his feet as the Crown Law submission ends with an enthusiasm that is either Mohammed Ali level self confidence or the misplaced faith of a Labrador puppy.

Graeme points out that no other Higher Court in NZ would ever accept secret trials or secret evidence in the manner the Police are attempting to interpret because it would be an egregious injustice that kinda flies in the face of 800 years of jurisprudence.

The Tribunal sound surprised when pressing Graeme on how precedent setting this decision  would actually be. Surprised and a little nervous.

Graeme points out that even terrorists in the English High Court have the right to see evidence the State intends to use to prosecute them.

He turns slightly in my direction, “Mr Bradbury is clearly not a terrorist”.

He argues that if I had in fact had a search warrant or production order used on me, I’d be in a  stronger legal position to see the evidence, yet here I am, innocent of these charges with less rights?

Check on Kafka, I think he’s swallowed his tongue.

The case ends with a deferred judgment.

It is important that this precedent is not allowed. The State are trying this on when they don’t think anyone is looking. Secret trials and secret evidence require enormous checks and balances which the Human Rights Review Tribunal has been too underfunded to enable.

They are our civil rights watch dog with both its eyes poked out and wifi pass disabled.

The night before I dreamed of hot pokers and a star chamber.

I chewed my bagel while thinking of the thousands, tens of thousands, hundreds of thousands of dissidents before me who faced secret trials, like a DNA strand throughout history. How fortunate I was to have the protections and process to challenge a Police State that my activist ancestors did not.

That lens of legacy forces action, I couldn’t as a citizen in good conscience allow the State to create a secret trial precedence against my fellow human beings.

The weight of this 3 year battle felt heavy as I sat with a whisky on my porch listening to Tui’s chase each other up the slope of the Mt Eden bush.

My wee daughter asked me how my trial was as I tucked her into bed.

I said we did good today.

She hugged me tightly.

The case will continue over the next few months. 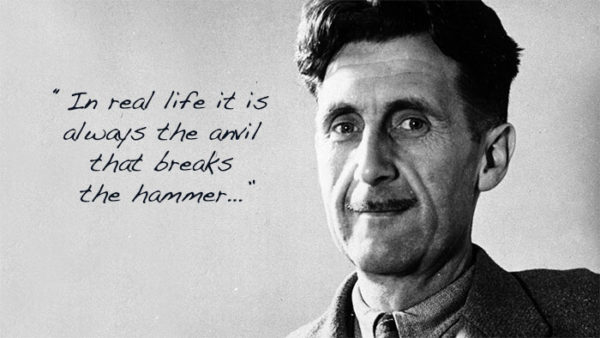