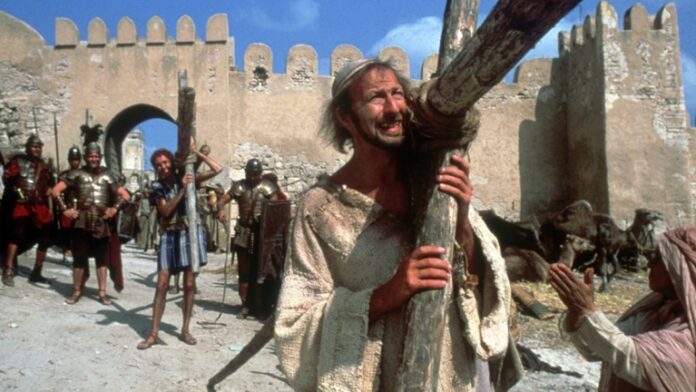 Yesterday, everybody’s favourite opportunity for a Monty Python title-drop, Brian Tamaki, held a jamboree in Auckland’s Domain. On one level, it was an anti-Covid-19 control measure protest, clearly inspired by efforts in Melbourne over the past few months. On another level, it was another opportunity for those more broadly disdainful for our Government to get together and have a bit of a tractor-in-lieu-of-traction fest. Replete with an actual tractor and a trailer-load of the agricultural output that was apparently somehow under threat. I assume from something other than Covid, and probably not potato-blight.

Now, don’t get me wrong – on one level, the whole thing’s pretty impressive. Tamaki’s political fortunes have never been especially potent … he’s always managed to take a potentially salient starting-point and then over-egg himself in the face to the point that the outreach into broader New Zealand seemingly-inevitably comes to naught. That might sound silly on my part – but cast your mind back to mid-2019, when you had any number of people coming out and saying that they couldn’t believe they were saying this but they agreed with Brian Tamaki on x hate-speech or other gesture going a bit far. Up until, of course, Tamaki himself took things too far … and that potential support-vector evaporated handily.

A large part of the reason why Tamaki (and, to be fair, Mrs Tamaki) comes unstuck is because what he says runs into the fact that most of New Zealand either isn’t listening – or, more to the point, is actually listening and is frankly unimpressed through to outright aghast at what they may so happen to hear.

What he needs, in short, is an ‘interpretation service’ in much the same manner that various American right-wingers often seem to benefit from in certain sectors of their domestic media over there. A commentariat ready, willing, and fable to stand between him and the actual body politik, filtering out the more extreme stuff and presenting an ‘acceptable’ version of events … which also, at the same time, does him the handy additional PR service of turning things like “he got several hundred of his ultra-loyal Church members to turn out somewhere on a Saturday for a stunt, just as he has done on numerous previous occasions in the past” into “Tamaki managed to motivate thousands of Aucklanders to brave rain and threat of arrest to come together and declare they wanted [whatever it is this time] “.

Now, hitherto this hasn’t tended to happen, for a few reasons. One of which being that bolstering Brian hasn’t really aligned too terribly well with what various politically motivated media mouthpieces wish to do. Usually, that’s because any talking up of Tamaki in such terms means that whatever cause he’s associated with … becomes that much more of just exactly that – a “cause he’s associated with” – running the risk of toxifying it for other parties looking to capitalize upon it for anti-government momentum, and simultaneously diverting support from said other parties into whichever incarnation of Destiny’s ill-fated political ambitions is running this time. Or, at the very least, softly away from the side lining up with him on the same side of whatever issue.

Except this time, it’s different. National (even with ACT) are in a situation which can’t really be termed a ‘death-spiral’, because that would imply the moment of mortality had yet to occur. They’re not so much pushing up daisies as slowly realizing that Judith Collins’ tenure has put the ‘psychotic’ back into ‘metempsychotic’ for them. There’s fairly little to lose by making much out of a Tamaki stunt – it might actually manage to do what National was seeking to stab at in the weeks prior to this current outbreak via its ‘Groundswell’ initiative … that is to say, give the impression (Potemkin or otherwise) of there being a popular anti-Government wave of sentiment out there amongst the electorate.

And handily, Tamaki had the … ‘enthusiasm’ to do what most of the more regular political actors couldn’t bring themselves to. Judith Collins might talk a big game in enthused tones about how she thinks Aucklanders will ‘take back control’ and move themselves (ourselves) down to Level 2 regardless of the public health consequences … Tamaki’s actually gone ahead and directly contravened the law.

Collins can ‘jaw-jaw’ about how the country outside of Auckland being under Level 2 is some sort of fear campaign (and even though I should perhaps defer to her superior expertise in the subject of psychological terror-tactics … I disagree – as did Tauranga’s wastewater this week) and how Auckland remaining at Level 3 is some kind of “political” conspiracy. Tamaki actually goes out and puts on the performative show of pledging resistance and ‘rallying the partisans’ to invite the ‘heavy hand of the state’ to ostensibly reveal itself.

Collins going out to make herself look popular by just so happening to run into people who support her … has all the depth of a two-dimensional painted backdrop, or the Hapsburg gene-pool. Tamaki, by contrast, at least manages to get a larger crowd together – and one that’s quite overtly and obviously not significantly comprised of suit-wearing National apparatchiks. Indeed, a lot more ‘normal’ looking in various regards, an actual facing which – had it not driven up in convoy through Drury – could perhaps be regarded as looking like a spontaneous gathering of ‘Waitakere Man’. The quintessential ‘Ordinary New Zealander’.

In other words, he’s everything she’s not. Except in charge of a major political party and constrained by the law and public health notices.

It’s telling that various of the media mouthpieces pushing for an Elimination to our previously successful and broadly popular Elimination strategy have moved from championing Collins to enthusiastically pointing to, as the Lord High Executioner put it – seemingly “All centuries but this / and every country but his own”.

Mike Hosking, for example, has spoken enthusiastically about Sweden (some time before Sweden wound up ratcheting up its domestic restrictions), about New South Wales (about a week or two before its current Delta nightmare began in earnest), about how Jacinda Ardern should be more like NSW now-former Premier Gladys Berejiklian (we assume he didn’t mean “forced out of office for corruption” – although he’d no doubt now suggest that that’s exactly the sense that is relevant with a hopeful tone), and most recently about Singapore (immediately prior to Singapore having to roll back its re-opening under escalating pressure to its health system from burgeoning Covid-19 cases, in a situation exacerbated by its domestic economic inequality).

One could say he has predictive form in this area – but that is not my point in raising this seeming cavalcade of catastrophe. Instead, it’s to merely observe that the lackluster state of Collins’ leadership has left those who want to roll this government and overthrow our Elimination strategy by hook or by crook … with few domestic figures they can utilize in support of their craven cause (with the apparent exception of evidently current National Party leader John Key). Even the ‘Plan B’ guys have largely had to go to ground following the escalating bizarreness of some of their claims.

And that’s why Tamaki is now useful.

Because he turned up, possibly hoping to inspire a direct confrontation with the Police, and actually did the thing which many of these mouthpieces wouldn’t dare to. Providing a bunch of photos of hundreds of people gathered together in direct challenge to the Government and to the vocally expressed will of much of the rest of the country.

It’s a ‘useful’ enough spectacle that you can viably expect a lot of his more usual ‘eccentricities’ to be consciously ‘toned down’ by media all-too-eager to act as that aforementioned ‘translation’ service – perhaps we ought suggest a ‘transmogrification’ service.

So with all of that in mind …

A protest event which had “hundreds” at it, is going to be reported (indeed, is already being reported) as having “thousands” in attendance.

The fact that Destiny Church is actually really good at corralling large numbers of people to come together for Church campaign events … is likewise going to be studiously erased, to again make it seem like a broad and spontaneous explosion of popular discontent.

The fact that the Police – rather sensibly – didn’t attempt to re-enact Melbourne a few weeks ago by actively trying to confront and arrest a rather larger number of attendees than they have easy holding capacity … will be turned into “well if the Police aren’t going to enforce the law by charging several hundred people right there on the spot, we may as well just abandon Covid-19 elimination measures entirely!”

This will all be channeled into escalating shrill shouty by certain commentators in the media in advance of next week’s Alert Level decision.

The whole event will be deliberately spun into some sort of would-be Cause Celebre, wherein an American-style televangelist without the broadcast rights, preaching to an audience of his nationwide congregation gathered on the steps of the Museum rather than throwing money toward him in a converted warehouse somewhere, will be presented as a Voice of Reason speaking for most of the city, and a protector of something something liberal freedom against the heavy hand of the no-doubt pseudo-Stalinist state.

You can just see the columnist-inches start to assemble right now !