A solution has been found for the migrant workers crisis and it is in implementing the following four demands – none of which were addressed in the government announcement last night which only dealt with future settings:

– Pathways to residency for everyone in New Zealand who wants to stay and make New Zealand their home. We should be thanking them for doing us a favour if they choose to stay.
– Amnesty for those who have overstayed their visas and allow them to access residency if they choose to.
– Stop tying visas to particular employers
– Allow everyone caught abroad who had made New Zealand their home for work or study to return, with a timetable that is clear and join the pathways to residency if they want to.
If the government doesn’t move in this direction this week there will be major mobilisations of the migrant community over the next weeks and months. The climate of fear has been broken and the voices of those who are being treated, and have been treated in an inhuman fashion, are now able to articulate their needs and make demands on the government not just beg to a deaf, dumb and blind government department called Immigration NZ.
How can the broken immigration system be fixed?
The government now has the powers to fix a crisis in the migrant labour system that has been developing over the last few decades.
This system promised those who were willing to study and work here the possibility of transitioning to permanent residency once they had completed their studies and found suitable work.
For many years, that dream was a possibility. New Zealand needed these people because we lose about 1% of our population each year permanently to outward migration, mostly to Australia.
Even just to maintain our population, we needed to issue around 40,000 permanent resident visas a year.
As a consequence, approximately one in four Kiwi-born New Zealanders live abroad and one in four NZ-resident Kiwis were born abroad.
In the year 2000, the number of student, work, and resident visas being issued was about 40,0000 each.
By 2020, the number of temporary work visas being issued hit a quarter of a million and there were about an additional 100,000 student visas with the right to work.
Over 300,000 people were working in New Zealand on some form of temporary visa – 15% of the workforce.
But for the last two decades, it has become harder and harder to transition to permanent residency. The promises being made to students and workers coming to this country – that there would be a reasonable chance to transition to residency – were increasingly impossible to meet.
Entire industries had become dependent on workers on temporary visas, and could not operate without them.
Reliant on a ‘temporary fix’
Temporary visas became the drug of choice to fix the problem as these industries were unable to recruit and train Kiwis to do the jobs at wages that genuinely reflected the skill and work intensity involved.
But addiction to the need for workers from abroad just led to the demand for more and more visas to be issued each year.
Immigration New Zealand became the addicts’ enabler and did nothing to force changes in these industries to become less reliant on a “temporary” fix.

But these migrant workers were desperate to please their employers and would do anything to win the opportunity to be sponsored for permanent residency.

There was no incentive for employers to fix the problems that stopped them from recruiting labour in the first place.

This system has also resulted in horrific cases of exploitation.

Many employers simply forced workers to work many hours unpaid if they wanted to keep their jobs and visa sponsorship. Many workers have also been recruited on the basis of lies told to them about their ability to shift from one visa type to another, or the pay they are going to receive. They usually pay fees of around $50,000 for the visa on top of the costs of relocating.

Many of these workers end up overstaying their visas to earn enough to pay back the debts incurred getting here.

The Ministry of Business, Innovation, and Employment does almost nothing to police or prosecute employers involved in abuse or exploitation.

The covid crisis has forced us all as a nation to have a rethink on what should happen in the future to the labour market in NZ.

Post-covid, there will be no return to a dependency on issuing hundreds of thousands of temporary visas each year to plug gaps in employment and subsidise the public education sector.

This situation gives us the opportunity to fix the problems for those already here and honour the promises made to them and then broken after they arrived.

The same rules should apply to those stuck overseas, who were ordinarily resident New Zealanders, to access the same pathways over time.

The last term of the Labour-led government in coalition with NZ First made the situation significantly worse for this group by accelerating the increase in temporary visa numbers while slashing the permanent residency numbers by 25%.

Today, the points needed for permanent residency have gone through the roof and exclude jobs like teachers and nurses or carpenters.

There are currently about 250,000 people in NZ on a temporary visa. A few thousand more are probably “overstayers” who should be seen as victims, not criminals.

We will not be able to replace them in the immediate or even near future.

Most probably want to stay. Many have spent tens of thousands of dollars on degrees and put up with unpleasant jobs for the right to residency.

Many have been here up to a decade, renewing their visas again and again, and some have children born here.

This is a unique moment in NZ’s history.

Most employers want these workers to be able to stay. Most unions want pathways to residency so workers can escape their vulnerable status that is so prone to exploitation.

We can discuss at our leisure what sort of migrant labour system we will need in the future but NZ will always need new permanent residents so long as there is a significant wage differential with Australia that attracts labour there.

Employers, unions, and the government also agree that significant investment in training is required.

In my view, every young Kiwi who graduates from school should have a job or a place in training guaranteed to them. Temporary visas should be restricted to students or working holiday visas in the future.

Soon the government will be announcing new criteria for accessing residency using the special powers they have been given.

This policy must include pathways to residency for those here or overseas who have made NZ their home, and an amnesty for overstayers to join this pathway. 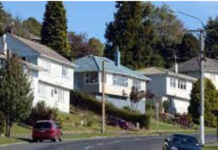 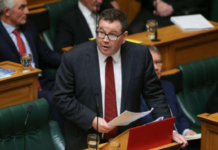 MUST READ: Passing The Torch 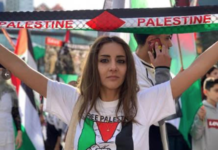