The poor National Party MPs are feeling upset. When they’re not claiming covid19 signage is really socialist propaganda, they are feeling triggered by mean mean words of the Labour MPs… 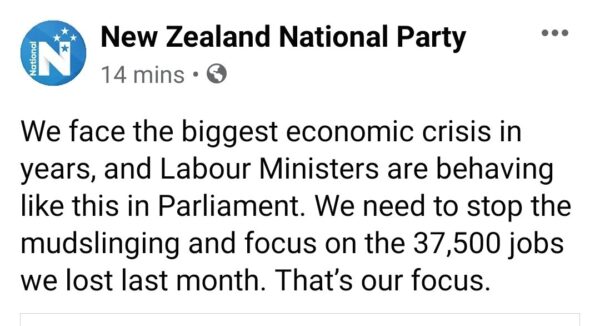 …poor widdle National Party MPs. Let’s ignore their draconian welfare reforms that damaged people, their child stealing uplift programmes, their housing crisis, their falsely throwing state tenants onto the streets for meth testing that was never a real health threat, their dirty politics, their mass surveillance lies and their spiteful prison policies, let’s all forget that and appreciate that like Death Star stormtroopers and civilian killing American cops, National MP’s need a cuddle too! 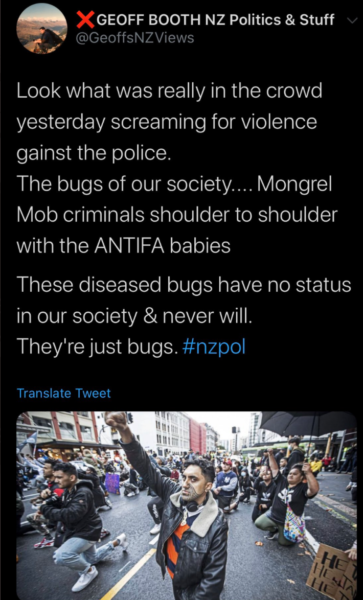 …how charming of Geoff Booth, National are blessed to have a supporter like him championing their cause online.

Give your local National Party MP a really big cuddle next time you see them on the street because with the election looming and Jacinda about to knock Muller clean off his feet during the debates, a whole bunch of them are about to be made unemployed when National crash and burn at the election.

National crying over bullying is Trumpian in its delusion.