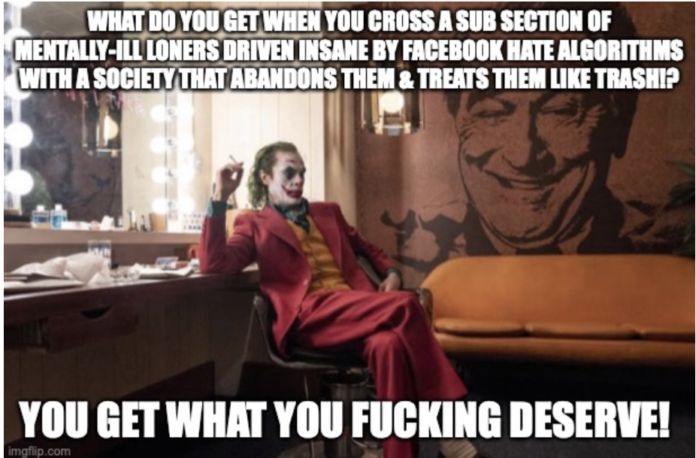 Watching middle class twitter demand police use force on protestors is not how I thought 2022 was shaping up!

I love they use all the same bullshit arguments the Right used when trying to shut our protests down in the 90s.

If the desire to call in the military over protestors by the woke scares you – imagine if the Woke gain hate speech powers?

They will be coming for everyone!

Look, there has been an enormous amount of shit thrown at the Police for their supposed inaction at this feral lunatic fringe jamboree.

I can’t believe I’m going to have to be the one to say this, but I have to defend the Policing tactics of containment that are being adopted here.

We don’t do it because the level of force required in a heightened emotional moment would be absolutely over the top for the rule broken.

It’s a Utilitarian approach to Policing and combined with a philosophy of containment and de-escalation the NZ Police are able to Police with consent and trust.

The sudden desire by middle class twitter to define everyone as a Nazi so the Police clubs can go a singing is alarming.

Trev has already given these lunatics enough propaganda for a lifetime, do we really want to inspire fundamentalists anymore than he already has with a violent police action requiring Riot Police, tear gas, dogs and batons?

Next move will be Antifa & watch the apologists then.

Folks, the very civil rights that protect us, protect them.

Undermine them, you undermine us.

I have yet to see one interview with a protestor that after a terrible & painful personal mandate experience – which truly pulls at your heart – that then doesn’t veer off into some crazy demented conspiracy theory – there is no doubt this misery is being manipulated, but what exactly has the Government done over the last 4 years that stopped the Lumpenproletariat from having their pain manipulated by the far right?

Firm de-escalation, not sending in the military or riot cops is the only solution in front of us.

The factions of this blancmange of ignorance provide insight into how splintered their realities have become in a reactionary social media landscape of pus and hate:

That’s just 22 of the main factions, I’m not even touching the sub factions, they get a lot more cross burny the further down you go.

The Government can’t negotiate with people threatening and abusing them – that’s not how protest works, but they can and should listen to their concerns.

Half of this problem has been about the Left refusing to engage because the Left in their smug arrogance have told themselves they know best.

By sending an MP with mana to hear their concerns and take them to the top table, the Government avoids incentivising illegality to force interaction.

By acknowledging the concerns, the Government then have the right to start dismantling the parked car issue while allowing the protestors to stay on the lawn and avoid a Bastion Point style moment that will tear at the fabric of the nation.

By demanding the tents and cars go first before negotiations, the Government will fail and look weaker than they are now.

Where are the adults and why is a man child like Trev still being allowed to enflame things?

This protest must be respected, but negotiating with it only highlights how weak the Governments response has been.

Move the cars and wait for Omicron to clear the rest.

It will be pure luck if we can de-escalate this now.

If we don’t want so many angry, frightened and hurt working class people turning to the Nazi’s, maybe do something meaningful about their anger, hurt and fear first?