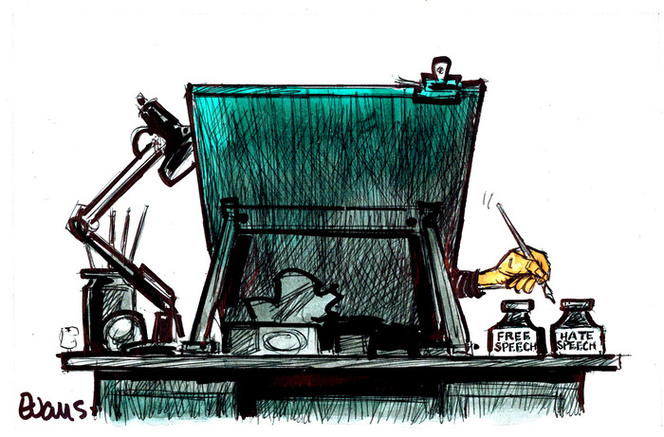 “THE BATTLE OVER FREE SPEECH is only likely to grow more intense in 2022 (if) the Labour Government persists with its plans to eliminate ‘hate speech’,” and, “At risk will be nothing less than right of New Zealanders to speak and write freely about their beliefs.”

So began Chris Trotter’s recent opinion piece on what he sees as a looming “epic” battle for the preservation of free speech in New Zealand. And he may be right

But let’s not delude ourselves.  The very fact that Chris’s opinion, and that of most other contributors to The Daily Blog, can only be read on this platform and nowhere else, is itself proof positive that censorship is already alive and well in this country, and, as any reading of our history will attest, has been from the outset

Chris goes on to describe how; “In all societies there are customs, conventions and laws, the flouting and/or breaking of which inevitably entail consequences.” And then, as if to highlight how lucky we are, Chris writes; “there are societies however in which the articulation of certain ideas risks the direst consequences, citing the examples of devout Muslim Countries which execute those who insult the Prophet, and Belarus where questioning the legitimacy of its leader could attract an ominous sanction.

But why use those examples when there are plenty of examples right here in New Zealand that carry sanctions, the effect of which can be just as deadly, but which, in my opinion, are the more insidious for the fact that we don’t see them.

Chris went on to say that; “In such settings (as those authoritarian examples) it is simply nonsensical to speak about the existence of freedom of expression. No one is free who, the moment they attempt to exercise their freedom, is subjected to some form of punishment.”

And to highlight its brutal nature he added; “Stalin and Mao’s intolerance of free speech was based squarely on the proposition that their variant of the communist ideology was the closest approximation to the truth of which humanity was capable.

Well, if that’s the case, can someone please tell me just what our society’s all pervasive, suffocating insistence on the Capitalist ideology being “the closest approximation to the truth of which humanity (is) capable,” is all about.  And please explain too what the sanctions suffered by those who over millennia have opposed it, have been, if not the application of brutal authoritarian sanction.

And if we are so enamoured of FREE SPEECH and its associated principles, why is our media so strenuously avoiding any mention of Julian Assange and the torture he is being subjected to, for practicing it?

If we are insistent that free speech is essential to the preservation of our democracy and world peace, why is it that we are only ever fed a view of world affairs that mirrors that of the United States, and which, at this very moment, has us on the brink of acquiescing in wars with Russia and China?

The fact is, while our society’s “truth” may not be enforced in the same way as “the truth” of so-called “authoritarian states,” it is nonetheless every bit as self-serving, rigid and brutal in its execution.

In our schools and in our universities and institutions, and most especially in our media, we are so skilfully programmed to accept that our system is “the closest approximation to the truth of which humanity (is) capable,” that sometimes even our best commentators can’t see it.

And so it’s as well that we have others to remind us, such as H.L. Mencken, one of America’s greatest journalists and social commentators, who said;

“The aim of public education is not to spread enlightenment at all; it is simply to reduce as many individuals as possible to the same safe level, to breed and train a standardized citizenry, to down dissent and originality. That is its aim in the United States, whatever the pretensions of politicians, pedagogues, and other such mountebanks, and that is its aim everywhere else.”

Indeed, if our society is so well served by the principles embodied in the idea of Free Speech, why do we have need of The Daily Blog? 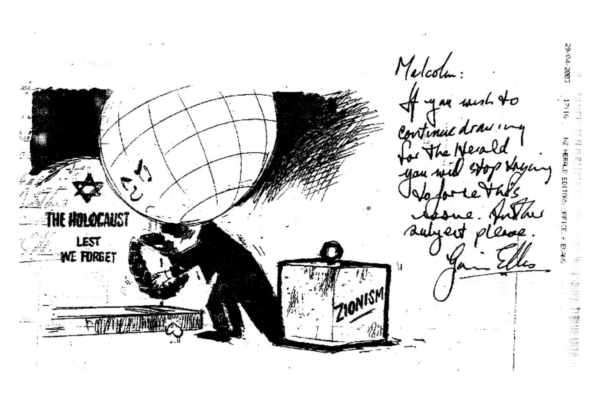