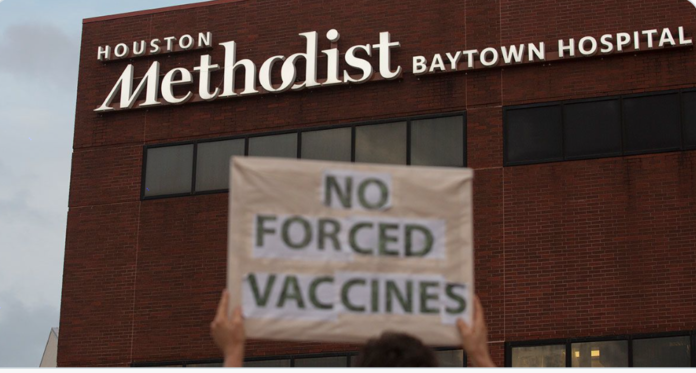 Let’s be blunt, these are frightening times.

Human beings need certainty of tomorrow and they need hope, the pandemic has overturned the rhythms of our life and upended our sense of normal.

Into this space creeps fear, add to this fear social media platforms that are algorithmically curated to feed you anger coupled with a low background scientific literacy and you have the perfect cultural media landscape for disinformation, misinformation and a cocktail of terror inspired rage.

I don’t blame people for being ‘vaccine hesitant’ because this is all scary stuff, but sadly into that fear we get delivered insane levels of stupidity!

“Wearing a face mask is fascism” is the exact same as “fastening a seatbelt is genocide” in that the person saying this doesn’t have a functioning knowledge of the words ‘fascism’, ‘genocide’ or ‘fuckwit’.

The ongoing attempt by the Incel alt-right and loony new age crystal brigade to paint the wearing of face masks as some type of Nazi Police State overreach is as delusional as claims of microchips in the vaccine but we can’t allow our anger at their fear inspired stupidity to lead us down the dark paths of enforced vaccination.

I know we want to, our fear of this damned plague bursting out and disrupting our lives again, getting us sick even after vaccination alongside our anger at the denial of science by these anti-vaxxers will propel us towards arguments and desires to enforce the vaccination on everyone but this is a direction all people of conscience, regardless of political perspective must avoid.

The individual has intrinsic rights, we can’t force the individual to take a medicine they don’t consent to, we simply can’t!

The type of State that would force an injection on an individual against their consent is no State to defend or support.

Don’t misunderstand me. I am pro pro pro the vaccination, I am angry that my booking to get it is still 20 bloody days away, I urge everyone to trust the science and get vaccinated as soon as humanly possible and for any friends or whanau who are hesitant reach out to them, but I can not and will never support forced vaccinations.

NZ is a place that believes in looking after one another. The compliance with lockdown rules, our collective agreement to be good neighbors and citizens by not making each other sick, our willingness to curtail our own liberty for the collective good – this is who we proudly are and we should see criticism of that to be a projection of the critics own hollow values rather than an indictment of our own.

When history reviews this time, China will declare their brutal authoritarian approach to Covid was the success, but here in NZ we can hold our heads up high that we were able to defeat it not by crushing civil rights, falsehoods and violent police action, but via kindness, empathy and a belief that a well informed citizenship will act in good faith for the collective good.

A liberal progressive democracy can triumph at the height of a pandemic while maintaining our cherished civil liberties. 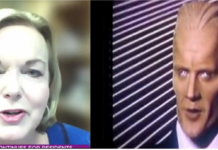 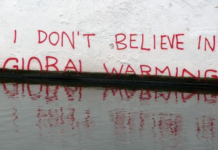 An extreme weather event in Auckland you say? But what in earth could possibly be causing that! 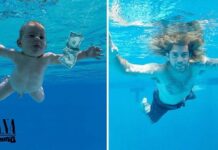