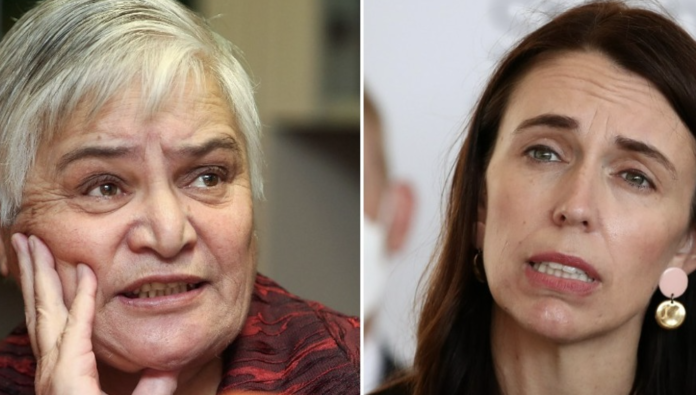 Wait? What? Jacinda is now a Nazi?

I’m losing count of how many Nazis are at this protest now!

Dame Tariana Turia has made a bizarre claim about Jacinda Ardern in an interview that saw her question the safety of Covid vaccines and reveal her own unvaccinated status.

In an interview with Karyn Hay on RNZ last night, Turia said she has no confidence in the leadership of Jacinda Ardern and accused her government of “bullying” the protesters.

She compared the protest to the foreshore and seabed protests, which were met by government representatives.

Valid criticism so far, but then things take a turn down crazy avenue…

The interview took a bizarre turn when Turia recalled footage she claimed to have seen of the PM ” almost” performing a Nazi salute.

“I have no confidence in her, I’ve seen a video of her that was on TV a while ago where she was doing almost a ‘Heil Hitler’ salute, as a young socialist.”

A moment of silence followed the comment, before Hay asked: “Are you serious?”

Asked if she believed that Ardern had Nazi sympathies, Turia said: “I certainly believe that she’s a socialist.”

Jacinda has never been a Nazi, her philosophy has nothing to do with the obscenity of a Fascist State, comparison of the health mandates to Nazi Germany are an abomination and openly claiming from a very confused place that Jacinda’s socialism is in any way associated with Nazism is something dementia Grandma comes up with, not a veteran Politician.