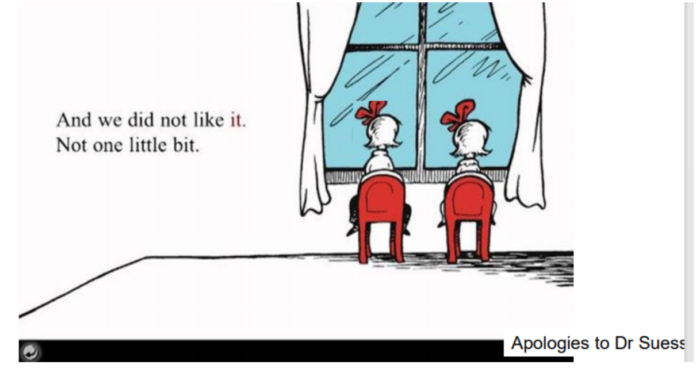 Many of us were brought up on the myth of egalitarianism and the superiority of New Zealand’s treatment of women. After all, we purr, we were the first country to give women the vote. We have pay equity legislation, women in top jobs, a stunning female prime minister, and have almost achieved gender balance in parliament. NZ is the best place is the world to bring up children and so on.

In some areas we know full well the myth of egalitarianism is far from the actual reality of many women’s experience. We know but we do not act.  While we support sole parents with a separate benefit and children with Working for Families (WFF), no-one seriously disputes the failing of the welfare system for women and their children. Women are disproportionally impacted by the corrosive effects of benefits that are two low and the design of WFF benefits for children that makes a good part of it conditional on being independent of the benefit system. We know but we do not act.

In other areas we simply do not know or haven’t opened our eyes let alone acted.

For example, we think we have world leading social policy, a no-fault ACC scheme that many other countries would love to have, a universal, flat rate NZ Superannuation that is genuinely good for women for example and a KiwiSaver for all.

But progress is not a once-off get it right for all time.  Each generation must make sure that social policy continues to evolve with the evolution of human understandings re gender, race, child poverty.

We have dropped the ball both on accident compensation and on KiwiSaver: these are no longer fit for today’s acceptance gender equity and desire for progress. Both are gender-blinkered policies because they unwittingly reflect the male model of a paid work career and the neoliberalism that makes the market the arbiter of all that is good.

A conference in Wellington put on by the ACC-futures Group on the 30th April discussed how neoliberalism influences dragged ACC from the high principles of Sir Owen Woodhouse to become a dressed up scheme that reflects the principles of private market insurance.

Like private insurance there are fine print rules in ACC about what qualifies and what doesn’t. What is valued and what is not.

A workshop on gender run by Dawn Duncan discussed how women experience work related injuries that are far more likely to be rejected by ACC, largely because they are found industries where the incapacity may develop and is less obvious than when there is a single physical accident.   But the problem runs even deeper: the most productive and dangerous work that women do- that of procreation is not recognised as deserving of full protection. Insurance rules are made around which injuries from childbirth qualify as accidents: they must be treatment related. Over time more perineal tears claims have been rejected on the basis that the birthing baby is part of the mother and cant be regarded as a separate force causing the tear. Treatment for rejected claims may unacceptably delayed in the public health system causing much distress and incapacity for mothers. Tough news if you have a ‘difficult childbirth’ not much hope of application of the no fault principle for you! It is all part of the ‘natural process of childbirth’

“Most perineal tears are not caused by treatment but by the birthing process. This includes perineal tears occurring after a clinically indicated and appropriately performed mediolateral episiotomy, where the perineal tearing reflects the challenges of a difficult birth. Therefore, ACC is not able to cover these injuries.” ACC guide to cover

Then there is the income- related compensation—good for some. Income- related compensation may have been a wonderful innovation and a legitimate part of the no fault concept but a gender lens reveals than far less is paid to women who usually spend time of out the workforce in unpaid caregiving roles that are so vital for the health of the economy.

As was raised in the conference, a male can injure himself in a drunken brawl or reckless behaviour on the road or rugby field and get full ACC including up to $70,000 pa of earning-related compensation.  A woman may be badly injured by the same male who bowls her over on his electric scooter as she is walking to her unpaid caregiving duties. She will be covered for treatment under ACC but might get at best, a supported living payment of $13,000, or none at all if her partner is earning.

And now, applying a gender lens to KiwiSaver. In many low income families, a woman’s KiwiSaver is expendable in times of hardship or is swallowed up in the deposit for a home. It can take a long time to recover if at all from such raiding of her pensions pot.  When she is at home unpaid it is more than likely that she is not contributing to her KiwiSaver at all and gets no benefit from the government subsidy of $521 a year.  When she is in paid work it is often part time, and if she cant afford to be in KiwiSaver she is effectively paid 3% less than male counterparts and misses out on government payments too.

Now you can rightly say that the position described here is also that experienced by many men who face precarious work in the 21st century. The answer is that if we get policies right for women then these men will benefit too.