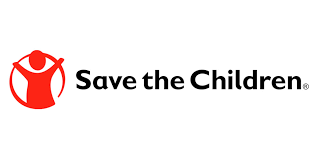 Save the Children New Zealand welcomes today’s announcement by Government of an inclusive multi-agency approach and consultation to challenge the country’s horrendous rates of family and sexual abuse.

“Family violence and child abuse rates in Aotearoa New Zealand are shockingly high with a family violence call to police every four minutes,” says Save the Children’s Research and Advocacy Director Jacqui Southey.

“We support the Government’s community consultation approach to better understand our current culture that too often ignores, and even reinforces, violence against women. However, it is essential that children are also central to this conversation. While reducing violence and sexual harm to women supports a reduction in these harms to children, we can’t rely on a trickle-down effect. The prevention of violence and sexual abuse of children must be a priority in the new kaupapa of this initiative.”

“It is essential that targeted consultation is undertaken with children and reaffirms their right to a say on such a pervasive yet often hidden issue. We need to acknowledge the high rates of sexual abuse of children in Aotearoa, with one in five children victims of this crime, and that around 90% of child sexual abuse victims knowing their abuser.

“Too many times when children reach out for help they are up against well entrenched bias where they are challenged on whether they are telling the truth.

“The court system is a stark example of where perpetrators are often played off against the victim. Just 31% of all rape charges resulted in a conviction in 2019 – and for too many children in New Zealand, their case will never even get to court due to a lack of evidence.”