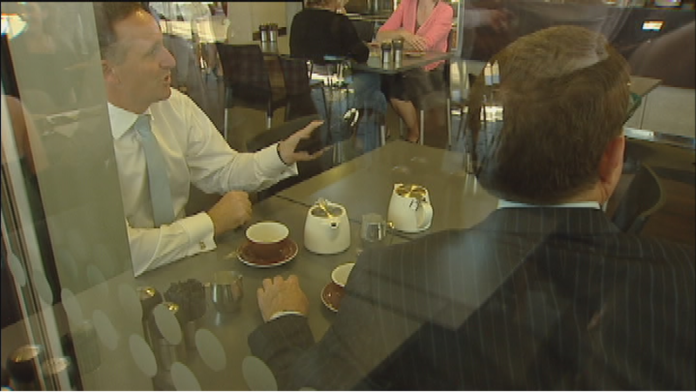 John Key has announced he is returning to Politics by standing in the electorate seat of Papakura.

In an early morning impromptu cafe press conference with Campaign Manager John Banks, Key said Judith Collins was a muppet who needed to take the rest of the year off.

“I’ve never rated her. She scares my wife. Christopher Luxon however, now there’s a leader. No one says white male privilege and Patriarchy forever quite like a wealthy CEO from a fringe evangelical church.”

Judith Collins, the current MP for Papakura said it was the first she was hearing of it and that Shane Reti wasn’t returning her calls.