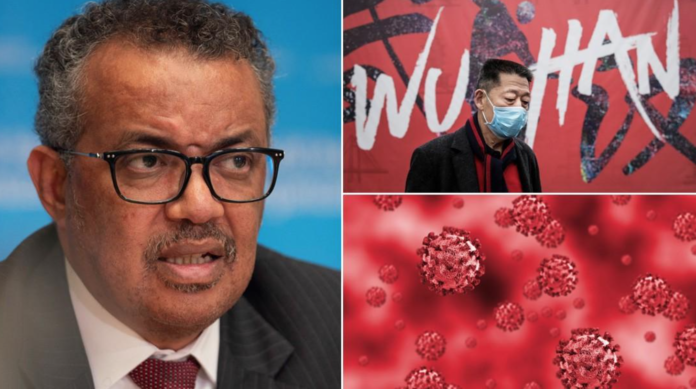 The head of the World Health Organization (WHO) has said further investigation is needed to conclusively rule out that Covid-19 emerged from a laboratory in China.

Tedros Adhanom Ghebreyesus said that although a lab leak was the least likely cause, more research was needed.

The US and other countries have criticised China for failing to provide the WHO with sufficient data.

Beijing has always dismissed the allegations of a virus leak.

A report by WHO and Chinese experts released on Tuesday, said the lab leak explanation was highly unlikely and the virus had probably jumped from bats to humans via another intermediary animal.

In 2018, Diplomats Warned of Risky Coronavirus Experiments in a Wuhan Lab. No One Listened.

The original Chinese government story, that the pandemic spread from a seafood market in Wuhan, was the first and therefore most widely accepted theory. But cracks in that theory slowly emerged throughout the late winter and spring of 2020. The first known case of Covid-19 in Wuhan, it was revealed in February, had no connection to the market. The Chinese government closed the market in January and sanitized it before proper samples could be taken. It wouldn’t be until May that the Chinese Centers for Disease Control disavowed the market theory, admitting it had no idea how the outbreak began, but by then it had become the story of record, in China and internationally.

In the spring of 2020, inside the U.S. government, some officials began to see and collect evidence of a different, perhaps more troubling theory—that the outbreak had a connection to one of the laboratories in Wuhan, among them the WIV, a world leading center of research on bat coronaviruses.

To some inside the government, the name of the laboratory was familiar. Its research on bat viruses had already drawn the attention of U.S. diplomats and officials at the Beijing Embassy in late 2017, prompting them to alert Washington that the lab’s own scientists had reported “a serious shortage of appropriately trained technicians and investigators needed to safely operate this high-containment laboratory.”

But their cables to Washington were ignored.

…China’s reluctance is handing over the early genetic fingerprints of Covid is understandable if they show an accidental leak from one of the research labs because the global demand for compensation would be overwhelming.

Don’t think this issue is going away anytime soon, it could be the spark that ignites conflict.