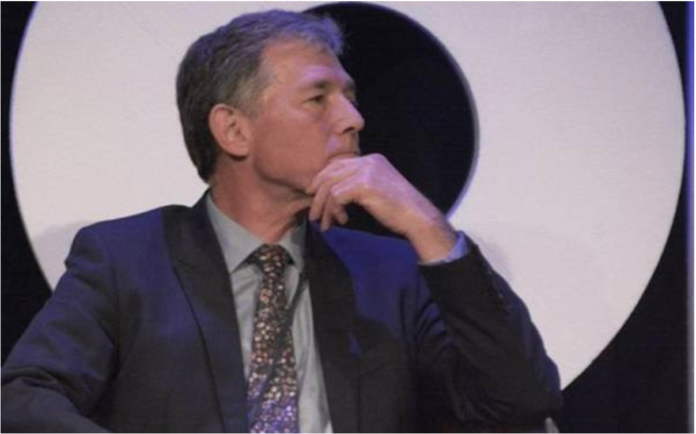 ABOUT THE ONLY thing the National Party has got going for it at the moment is the Labour Party. National’s AGM, held in Wellington over the weekend, achieved worse than nothing. It proved conclusively that the political structures created by the post-2002 constitution are impervious to National Party membership pressure. It showed New Zealand how far the party’s talent pool has shrunk since John Key vacated the leadership in 2016. Worst of all, in the speech of National’s President, Peter Goodfellow, New Zealanders got to hear the vile neoliberal narrative in which the party has trapped itself. Were it not for the similarly delusional mindset evident in the leadership of the Labour Party, National could expect to remain out of power for at least the next 6-9 years.

When Judy Kirk and Steven Joyce set about re-writing the National Party constitution in the aftermath of the disastrous 2002 General Election – when National attracted just 20.9 percent of the Party Vote – the resulting document betrayed the extent to which the political imperatives of neoliberalism had superseded those which drove the party’s formation in 1936.

Back then, the urgent need was to create a mass political party to match the formidable strength of the Labour Party. The political historian, Barry Gustafson, quotes Tom Wilkes, one of the National Party’s most important ‘founding fathers’, describing Labour as “numerically and financially … the greatest  political organisation that has ever existed in the history of [New Zealand].” In Gustafson’s own words: “National needed to match it with an effective but more democratic mass-based party, whose members would control candidate selection and play a major role in shaping policy.”

Even the right-wing parliamentarians and former army officers driving the merger of the United and Reform parties – predecessors of the National Party – understood that a mass organisation could not be built on anything other than a constitution which guaranteed a large measure of democratic participation and control to the rank-and-file membership.

Eighty years on, however, the neoliberal concept of “governance” elevated the concepts of professionalism and organisational efficiency well above those of the often chaotic and unpredictable outcomes associated with democracy. Accordingly, Kirk and Joyce did their best to transform National from a political party into a political corporation – complete with a Board-of-Directors. At the time, even Blind Freddy could see than the latter was bound to become self-selecting and self-perpetuating oligarchy.

It is interesting to speculate as to why the Electoral Commission approved the Kirk-Joyce constitution. The Electoral Act requires all registered political parties to have recognisably democratic rules. No genuine democrat could possibly mistake the National Party’s constitutional arrangements as the basis for anything other than oligarchy. Yes, there were provisions that permitted members to cast votes, but the core democratic principle: full accountability of those at the top to those at the bottom; was almost entirely absent. Clearly, the Commission is not prepared to call to account any political party that might one day be in a position to have it abolished! Alternatively, its members, like Kirk and Joyce, may also be of the view that “good governance” should always trump democratic accountability.

Certainly, there was no concession made to accountability by Peter Goodfellow. A reasonable National Party member might have anticipated that a president who led his party to the second-worst defeat in its history would feel obliged to fall upon his sword in recognition of the scale of his failure. Such a member would have been disappointed.

Under National’s old constitution, the membership might have responded to Goodfellow’s failure by voting him out of office. But, under the Kirk-Joyce constitution, that sort of root-and-branch change is no longer an option. Power flows down, not up, in the National Party of 2020. Presidential patronage takes precedence over presidential proficiency. No National Party members with parliamentary ambitions are going to put themselves off-side with the Board.

It is precisely this unwillingness to take risks – this  enforced sycophancy – that explains why it has become so hard to attract persons of principle and courage to National’s ranks. When the only behaviour that counts is the sort of behaviour that wins the Board of Directors backing at candidate selection meetings, then it should come as no surprise that politicians of John Key’s calibre no longer seem to make it in the National Party. That Key was selected under the rules of the old National Party constitution – as were Bill English, Don Brash and Judith Collins – is surely no accident. Likewise, that Simon Bridges and Todd Muller were selected under its neoliberal replacement!

At the heart of the neoliberal mindset, now seemingly unchallengeable in the National Party, is the belief that capitalism and democracy are essentially incompatible. Democracy begets more democracy. “Certain inalienable rights” if honoured, have a way of discerning additional inalienable rights. If allowed to develop unchecked, democratic institutions will, eventually, arrive at the gates of private property and private profit and demand admittance. Hence the neoliberal obsession with “governance”: which is more truthfully rendered as “democracy on a tight leash”, or, even more truthfully, “decision-making that – at all costs – protects capitalism”.

Goodfellow’s speech to the AGM fairly reeked with this antagonism towards any political leader and/or political institution failing to protect the interests of capitalism. In National’s world, the rights of private property and private profit must always take precedence over every other consideration: even the health of the population; even in the face of a deadly virus and a global pandemic.

Jacinda Ardern’s clear and uncompromising decision to put the interests of her fellow citizens ahead of the interests of the individuals and corporations Goodfellow is so good at extracting donations from, earned her his own, and to a degree little short of repellent, his party’s, sneering contempt. Oh yes, he dressed it up in euphemistic language like “celebrity politics” and “temporary tyranny”, but what he meant was: “You broke the rules. You put people ahead of profits. You have identified both yourself and your party as unfit to manage a modern capitalist economy.”

The tragedy, of course, is that Ardern half-pie agrees with him. With Covid-19 stamped-out (for the meantime) and the need to act instinctively no longer in evidence, the Prime Minister has reverted to the political and moral default position of her generation: neoliberalism. Led by her head, Ardern’s path forward is practically indistinguishable from that which National would have followed had it, by some miracle, ended up commanding a majority of the seats in Parliament.

Led by her head, the Prime Minister, like her party, subscribes to the notion of “good governance”. Why else is she refusing to take the steps necessary to address New Zealand’s rapidly worsening housing crisis?

But, most of all, because it would require Jacinda to do what “Jacinda” does best: respond to a crisis by following the urgings of her heart.