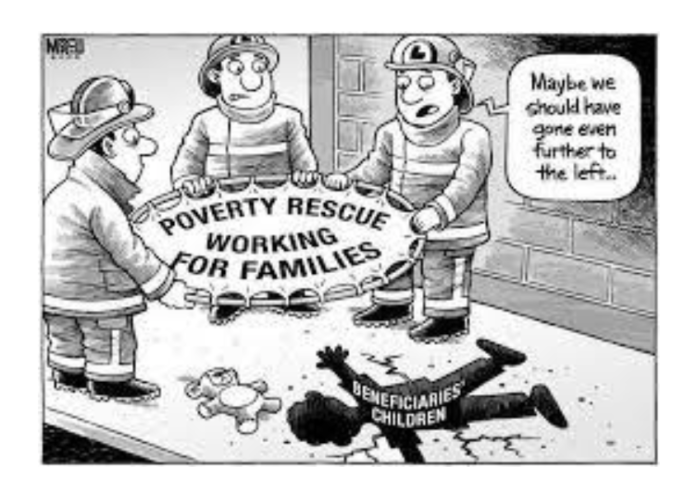 As a leading Labour politician, Michael Cullen has been a huge influence on social policies, some widely lauded like KiwiSaver but the most controversial being Working for Families (WFF).

The deficiencies of WFF are apparent in this recession as families who become poor enough to qualify for welfare benefit also suffer a significant cut in WFF for their children.  It is timely to review the history of this discriminatory policy and the role Labour has played in perpetuating the worst of child poverty.

The problem started 30 years ago. Since the late 1980s New Zealand governments have been enthusiastically wedded to patriarchal free market economic models that don’t have a place for the work involved in reproduction or nurturing healthy children. In the happy free-market family, children appear instantaneously. They are magically taken care of leaving no excuse for mothers to be out of the paid workforce, except the lucky few whose workforce attachment allows 6 months of taxpayer funded, Paid Parent Leave.

The 1991 Mother of all budgets set the tone for what followed from National and eventually also from Labour too. But it took some time for Labour to become inured to the neoliberal reforms of the 1990s and to tolerate, and then extend a ‘deserving’ and ‘underserving’ approach to the financial support of children.

I remember the deep shock of hearing Jenny Shipley announce prior to the 1991 budget that struggling sole parents and married couples with children would have $27 a week carved out of their meagre benefits.  Child poverty rates soared, food banks proliferated, along with an explosion in preventable and often deadly contagious diseases and overcrowding in substandard housing.

In 1996, to provide some remedy,  Bill Birch gave tax cuts to middle and upper New Zealanders and significantly upped the weekly targeted child payment (called Family Support) by $20 a child, providing some much needed inflation catch up.  BUT this is where the ideology took hold: $15 of this payment was denied to the poorest children. This $15 carve off, (the Child Tax Credit) went only to those ‘deserving’ families who were deemed to be “independent from the state.”

What did Michael Cullen have to say about this package?  He called it “a simplistic tangle of bigotry and ignorance … barely disguised attack on beneficiaries … mean spirited, ill thought through and punitive … unholy product of National’s deeply held view that everyone on a benefit is a bludger and Treasury’s new right agenda … based on highly questionable incentives arguments.”

Hansard is illuminating.  What a lot of righteous indignation! From Annette King- “it makes me sick….it isolates beneficiaries from other families- treats them like lepers and worst of all it treats their children differently- what is different about a beneficiary child? Does that child look different when she or he goes to school? Yes, that child probably does look different because of the circumstances of the family—But also the government wants everyone to know that he or she is different.”

Phil Goff wanted to know why this “miserable government does practically nothing for the quarter of a million children who are the most disadvantaged in our community. Let us recognise that this package deliberately, cold-bloodedly and calculatedly discriminates against those people who through no fault of their own are not at work.”

Michael Cullen ranted still further against the CTC with his own quirky turn of phrase  “At least the strange, 19th century minds opposite are not putting those children  back up the chimneys, but they are saying that the kids should be  used to force other people back up the chimneys. Children are children are children—no matter who their parents are. To draw distinctions between what the State says should go to low-income families on the basis of the source of that income rather than on the level of that income is obscene.”

He promised that “Labour will make sure that all low to middle income families get the full benefit of the full assistance available.”

But sadly that was not to be in spite of our child poverty rate being one of the worst in the developed world. After that crumb of an increase of $5 a child a week in 1996, children in families on benefits had to wait until 2005 for a further few crumbs.

In 2006, the CTC was renamed the In Work Tax Credit (IWTC), increased to $60 a week for 1-3 children with extra for larger families, and made even more discriminatory by requiring fixed hours of paid work as well as being off benefit. The terminology disguised its child-related status and rendered invisible the important unpaid work of raising children.

Then, in an astonishing capitulation to neoliberalism, in 2007 Labour enshrined the centrality of paid work into a new purposes and principles section of the Social Security Act.

Rather than lifting the poorest children out of poverty by incentivising paid work, WFF acted to deepen their poverty and exclusion. More generous and more complex support was indeed available, but only for ‘deserving’ children of ‘working parents’ driving an even bigger gap between families on benefit income and those who were not.

Subsequent evaluation by Treasury showed the IWTC  failed as a work incentive and today around 170,000 of the poorest children continue to suffer this discrimination losing a much needed $72.50 or more a week just because their parents need state support in troubled times.

It is time for Labour to rediscover the passion it had in 1996 and reverse this abominable child poverty policy.