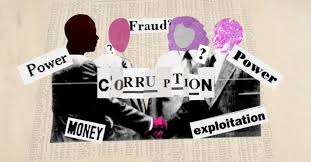 Only happens in Russia – so I am often told by knowledgeable Kiwis.

Of course, there is no corruption in New Zealand – so I am often told by knowledgeable Kiwis.

That said however, I bin thinkin.

Take the movie about the capture of the Enigma machine – WW2 movie.

In this movie America claim they were the heroes who captured the German code machine.  Trouble is; they weren’t even in the war at the time the British achieved this feat which had a major impact on the war.

But that’s ok.  Re-writing history is not corruption these days.

Except in this case, it really pissed-off the Poms to the extend Tony Blair (also accused of war crimes and unlawful invasion of Iraq) had to rebuke America for insulting British servicemen.

PS America was not defeated in Vietnam.  They simply lost count of the civilians they’d carpet bombed, so they went home🙄

War Crimes?  Is that corruption?  Looks like it is in Aussie:

“The Inspector General of the Australian Defence Force (IGADF) has recommended 19 current and former personnel be prosecuted for war crimes, and compensation be paid to Afghan victims and families.”

On the other side of the Tasman, doing questionable deeds in Afghanistan is still regarded as, “spreading democracy”.

If corruption is not falsifying history, then corruption must be taking money to get an outcome which defeats due process?

Oh! You mean cops taking a cash payment or free dinners at a restaurant, to turn a blind eye to breaches of the liquor act at one end of the scale and at the other, ignoring cash clients through the bar, who don’t actually come for dinner?

Wharrt? Who would be silly enough to pay but not turn up for a feed?

Well, it’s sort of like where someone buys a bar or whatever, through which they can launder cash which accumulates as a result of selling dope or some other racket.

Of course, there are far more commercially acceptable forms of corruption.

Take for example a gift to a well-placed bureaucrat, to issue immigration status or turn a blind eye to blatant abuse of the rules. A few years back, 34 immigration staff were under investigation for “misconduct”.

AND “Our Immigration system is broken”:

Oh dear. And this happens in New Zilnd?

If you really want to go after big rewards for naughty boys and girls; try contracts awarded by local body authorities.

For example – hypothetical of course. A property developer pays a conveniently placed bureaucrat an agreed sum to allocate the rights, to fast track develop a block of land which would otherwise likely be declined or would only be approved with horrendous environmental obligations – and costs to Council.

Another example might be to award a contract to a footpath or roadworks provider over better qualified contractors or with a lower tender price. Why? Because the successful contractor agrees to pay well placed bureaucrats, rewards!

This sort of thing is rampant abroad, so I am often told by knowledgeable Kiwis.

But this wouldn’t happen in NZ, insist many knowledgeable Kiwis.

Two senior management blokes found guilty of corruption and bribery offences relating to more than $1 million of bribes which took place between 2005 and 2013 at Rodney District Council and Auckland Transport.

PS  Interestingly, when I was a Rodney District Councillor and was blamed for imploding that Council – resulting in Sandra Lee terminating elected councillors and imposing a fill-in till the next election; the spark that ignited the final melt down was me making enquiries inquiries about In House corruption (I was supported by Councillor Graeme Jurkovich who together with me identified preferential behaviour toward specified developers by specific Council employees).

Oh, by the way. That Leighton company?

This is the same Leighton parent which was a water service provider in Auckland a decade or so ago. Somehow Kiwi firms missed out?

I have a profile for demanding rule of law over rule of police with particular focus on killings by police.

In my view, avoiding scrutiny by a proper Court to determine culpability in the killing of a human being, is tantamount to, “Back Room Old Boys Justice” – which brings us back to Nic Hagar viz the current SAS outcome in Australia.

But I say now unequivocally, with the odd exception, in my 21 years’ experience as a cop, NZ police don’t take backhanders to turn a blind eye.

In my 21 year on the police I encountered only two cases:

If you found this post boring, try reading; OUT OF THE INFERNO

It’s only a novel but as Chris Trotter comments on the back cover:

“In Out of the Inferno, Meurant proves there’s only one way to tell the unvarnished truth about the country he loves – write fiction.”

Available via Wheelers on line or here

To make your day.   Yes, I have been exposed to corruption.

Not the Scampi Affair false allegations of political donations – finally put to rest when TVNZ and Herald capitulated in defamation proceedings.