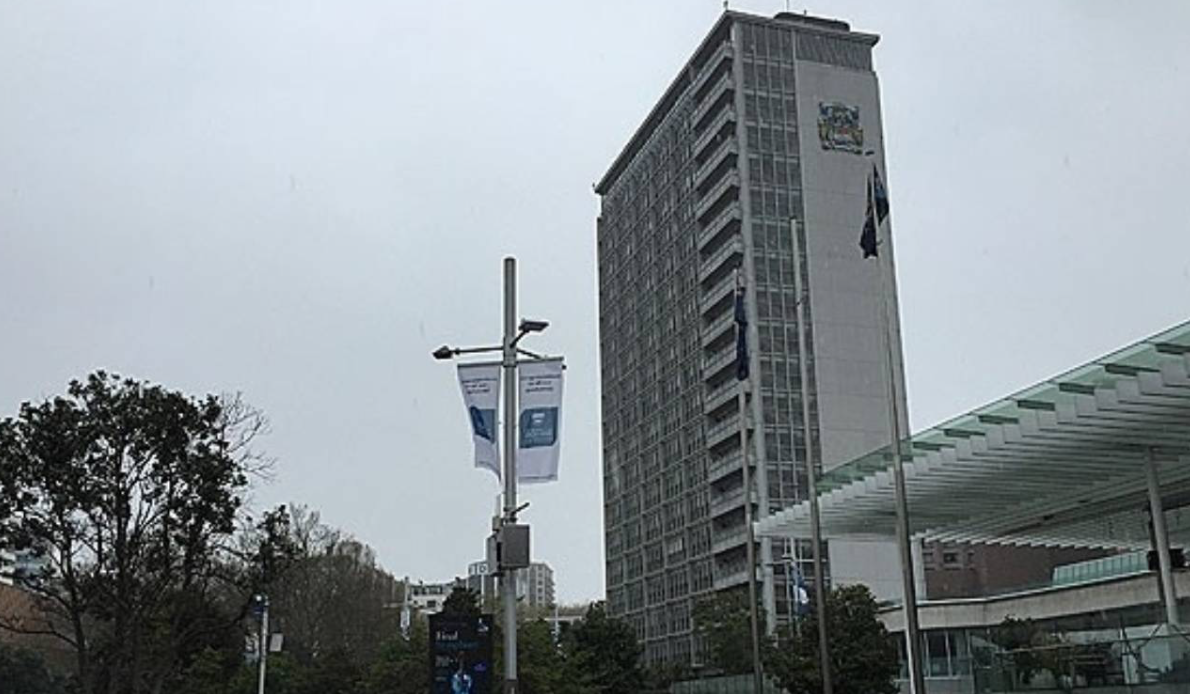 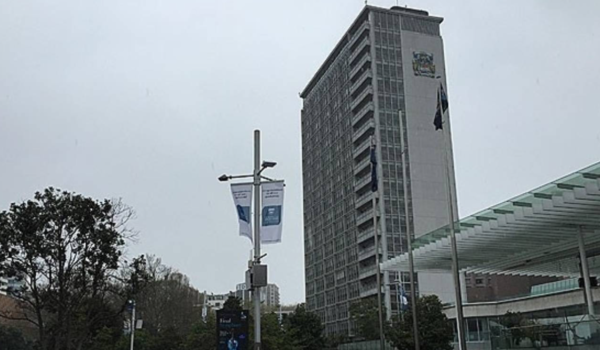 Probably there is no better example of how the Super City really works and whose interests it works for than the sorry saga of the Civic Administration Building (CAB).

Auckland Council’s fire sale of the Civic Administration Building (CAB), 22 levels, (19 floors and 3 basement levels), 14,000m2 of office space, and 5300m2 of land in the heart of the Auckland CBD for $3m, with a less than $100,000 deposit and the balance upon eventual sale of apartments, has got to be the worst deal in the history of Auckland local government.

Built as Auckland’s first skyscraper, of modernist architecture in 1966, the CAB was carefully located near the Town Hall and Bledisloe House, on land acquired by the far-sighted former Auckland City Council to form a civic square. As Aotea Square it was opened by mayor Dove Myer Robinson in 1979 and completed with the opening of the Aotea Centre by mayor Cath Tizard in 1990. At that time, the former City Council extracted all the asbestos that was accessible and practicable to extract from the CAB, confirmed by regular air testing for fibre asbestos indicating the building “was safe for normal occupation” by council staff.

Too late it was discovered that “degradation” in the building was far worse than anticipated. So after spending $24.5m on a plush interior ‘fit out’, at least another $30m had to be found in order to rectify major faults, especially replacing the granite cladding thought likely to about to fall off into the streets below.  While repair work began late in 2015, more than 3½ years later it still drags on. Unbelievably it’s taken about the same time for the Auckland Council to repair the building as the ASB Bank took to have it built in the first place (1987-1991) – and its not over. The final cost of all this, if past performance is to go by, will be considerably higher than the $30m budgeted for.

No doubt we will be hearing more about the Albert Street ‘proud tower’ in the future, but for the moment I would like to return to the Civic Administration Building.  In 2014 after the move en masse to Albert Street, what had been from the time of mayor Robbie, Auckland’s bustling centre of civic activity, became a forlorn urban wasteland; the only sign of activity, paper and leaves blowing about the deserted forecourt.

The CAB’s 22 levels, fit-for-purpose, comfortable indeed, have sat empty for five years during the biggest property boom in Auckland history. Meanwhile council CCOs and the Independent Maori Statutory Board have been paying millions of dollars every year, renting private office buildings, mainly on the waterfront.

Late in December 2016, as part of the CAB’s protracted sale process, the council’s property CCO Panuku signed a ‘development agreement’ with property developer Civic Lane Ltd, to turn the CAB into apartments, with a “boutique hotel” and “cultural building”, and an obligation to renew the heritage façade. However, evidently due to the lack of public appetite for buying apartments off-the-plans by May this year, no final deal had been signed.  But then, after becoming aware of the notice of motion of myself and Cr John Watson, Panuku signed a purchase and sale agreement (Panuku executives claim this was a pure coincidence), and a couple of weeks later, so did the developer.

This costly financial disaster for ratepayers could have been avoided if Auckland Council had simply retained the building for its original purpose, offices, rather than spending $13m per year of ratepayers money renting flash offices elsewhere.  Disappointingly but typically Mayor Goff has gone along with this shambles, yet another privatisation – Even worse Goff tries to justify what must be the worse property deal in Auckland’s history, calling the CAB “a lemon” and claiming that the building “is riddled with asbestos”. As one property expert said to me, even if the building “was made of solid asbestos”, the $3m price, including over half a hectare of CBD land, would still be a scandal. “

The Auckland Council is meant to work on behalf of the public and in the public interest – that means each and every citizen of Auckland.

Having read about this debacle and with the election coming up, ask yourself this: If the council was your accountant, your lawyer or your real estate agent – would you ever employ them again?