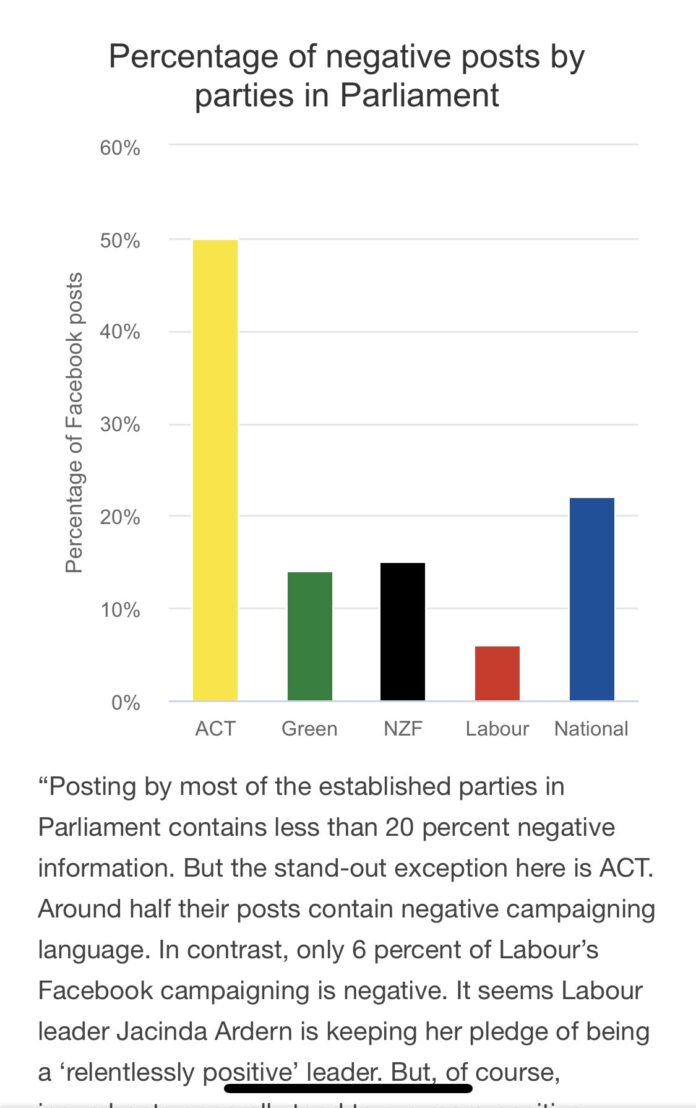 NZ Election 2020: Which parties’ Facebook feeds are full of fake news and half-truths revealed in study

Kiwi political parties on the right are more likely to post “half-truths and fake news” on their social media accounts, new research has found.

And separate research has found that sadly – depending on your point of view – candidates who lie are perhaps more likely to get elected.

…the desperation of the right and the anger that desperation is brewing are making the fringe right more nutty and radical.

If the Left don’t use this mandate about to be gifted to Labour to insulate these people from the worst bite of the looming recession, this fringe will take today’s bitterness of loss and grow a dangerously furious tomorrow.