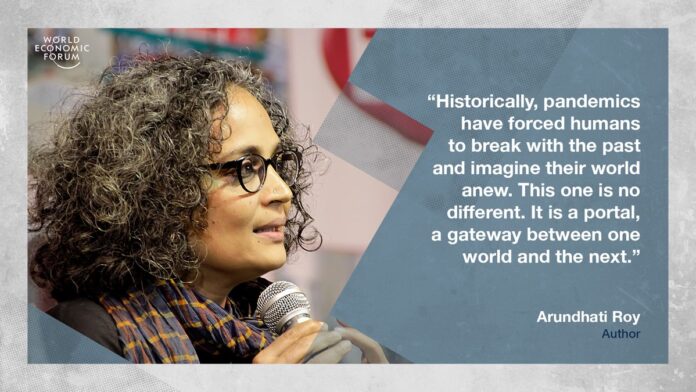 It is obvious that there will be a Labour-Greens government after the election given their 20 point advantage over National and Act in the polls. With luck NZ First will be eliminated. Winston Peters is occasionally on the right side of some issues (minimum wage, heavy rail) but is a brake on needed changes to empower unions and migration reforms.

Labour will form a coalition with the Greens whether they can form a government on their own or not. This is MMP politics, they know they will be needed in the future.

The Greens can press the advantage if they are needed to form a government, just as NZ First has done in the past. But the Greens should prioritise making policy gains not trophies like the Deputy Prime Minister’s position which was prioritised by NZ First and The Alliance under Jim Anderton.

This is not the tail wagging the dog. Many Green Party policies are actually overwhelmingly favoured in many polls on the issues that are of concern to New Zealanders. But policies to actually deal with the existing problems meaningfully have been resisted by Labour and National because they are locked into a strategy of protecting the status-quo rather than challenging it.

It is understandable for the National Party which is simply a tool of big business to be a conservative brake on change or a promoter of free-market fundamentalism, but it is unbecoming for a party that claims to represent working people like Labour to do the same.

However, both Labour and National were complicit in the so-called neo-liberal revolution of the 1980s and 90s that locked in a pro-business framework for every aspect of the state’s operations. Labour has refused to challenge its own legacy of pro-market fundamentalism being imposed by the state since then. This conservative, piecemeal orientation on issues has become baked into the DNA of the Labour Party, preventing them from taking any fundamentally progressive positions.

One product of this new system was the creation of a powerful class of highly paid executives who dominate private businesses and state and local government agencies. They appoint themselves to various jobs for a three to six year term and then move on with no responsibility being taken for success or failure – however that may be measured. Often their behaviour is venal and corrupt and again there are no consequences if caught except to maybe have to go to another country for a while.

The CEO job description seems to be limited to the need to “cut costs” wherever they go. Cutting costs means cutting workers wages, whilst boosting the incomes of themselves or board members, or paying dividends to shareholders. A perfect example is the current BNZ Chairman and former CEO of Auckland City Council, Doug McKay, who denounced Waiheke Island residents as “full of lunatics and activists.” They can often preside over a failing business and still get appointed to another role. That was true of Doug McKay also.

The merged Auckland City Council was established by the National/Act government to eliminate forms of elected control over public assets. New commercial boards were stacked with business people and highly paid CEOs with a corporate background like the Auckland City Council itself. The highly paid board and chief executive at Watercare had one job to do which was to ensure supply but they failed. The Ports of Auckland, as another example, fought year after year against its workers getting basic union rights and collective agreements.

This entrenched system of corporate control is considered to be too powerful to challenge or to move in a new direction. So, Labour is reduced to looking for ways to solve problems by simply incentivising and rewarding good behaviour by paying people to do the right thing. The problem is that it is often still more profitable to do the wrong thing. That is why farmers remain exempt from paying their share under the Emissions Trading Scheme which is meant to produce favourable changes for the climate.

The Labour Party’s fear of challenging this system means its proposals for the climate, cleaning up rivers, welfare reform and expanding access to a living wage, fail to make real progress.

Even the policy that the Prime Minister announced as her priority – eliminating child poverty, has essentially stalled according to the group that should know, the Child Poverty Action Group.

The post-Covid world, however, gives us another chance to address all the issues where action is needed.

The wonderful Indian writer Arundhati Roy described the crisis we face as a portal:

Historically, pandemics have forced humans to break with the past and imagine their world anew. This one is no different. It is a portal, a gateway between one world and the next.

We can choose to walk through it, dragging the carcasses of our prejudice and hatred, our avarice, our data banks and dead ideas, our dead rivers and smoky skies behind us. Or we can walk through lightly, with little luggage, ready to imagine another world. And ready to fight for it.

In the post-Covid world no one can claim we don’t have the money to do what is needed. The debate is simply over how we spend the money we print. Of course, there will be financial and monetary limits to that process which we will encounter, but everyone accepts we need to spend billions of dollars. But, is the current spending of those billions on simply keeping the current system ticking over really the limit to our imagination and ambition?

Labour’s refusal to put forward policies they know will be popular to fix the climate and rivers, and to give beneficiaries a real boost to incomes, means the Greens have a responsibility to demand that the new government do so.

There are also huge infrastructure deficits in health, education, transport, and energy because previous governments refused to tax the wealthy whilst unfairly overtaxing working people. Wealth inequality has exploded to extortionate levels in New Zealand like everywhere else in the world. New research shows that the wealthiest 1% of around 38,000 people “have $141bn in trusts. Another 150,000 or so people, rounding out the rest of the wealthiest 5%, have trusts worth a further $122bn.” These trusts are used to conceal wealth and avoid tax. Overall, the wealthiest 10% have 59% of all the country’s assets, and the middle classes around 39%. That leaves the poorest half of the country with just 2%. The billionaire class internationally has massively increased their wealth during the pandemic  Share markets and property values also continue to reach new levels of grotesqueness. Meanwhile millions of ordinary working people have lost their jobs. There is no better time to say to the 1% it is time for you to pay your share.

The tax reform proposed by Labour does nothing to address these issues. Restoring a new rate of 39 cents in the dollar for those who earn over $180,000 a year will only affect 2% of taxpayers and bring in a modest $500 million a year. New Zealand has relatively high rates of tax on ordinary workers’ incomes compared to other countries and we are one of the few who have no exemption from tax for the first $10,000 or $20,000. This allowed the National Party to pretend to be a friend of the workers by proposing some modest “temporary” tax cuts for them.

But, the Labour Party has ruled out any tax reform to target wealth and the growing intergenerational inequality that goes with it.

It was simply politically stupid not to allow a reform of the whole system of taxation to be explored by the Tax Working Group. As a consequence, they ended up proposing a capital gains tax that couldn’t be explained politically. What was actually needed, was a reform that told 80% of working people that they would pay less tax, the next 10% would pay much the same but the top 10% would pay significantly more through various wealth taxes. That would have been achievable without scaring the horses over taxing home ownership when that would be seen as an additional tax on some working people’s retirement homes without reducing their other taxes at the same time.

The Greens actually did make their own proposal for a limited wealth tax quite effectively with a policy that only taxed “net” wealth above $1 or $2 million and used the extra tax in a targeted way to pay for a significant increase in incomes for non-working Kiwis.

For that reason alone they deserve the party vote this election to keep dragging Labour towards policies that the overwhelming majority of people want to see implemented. It will be a small step towards the portal that we all dream of crossing though.