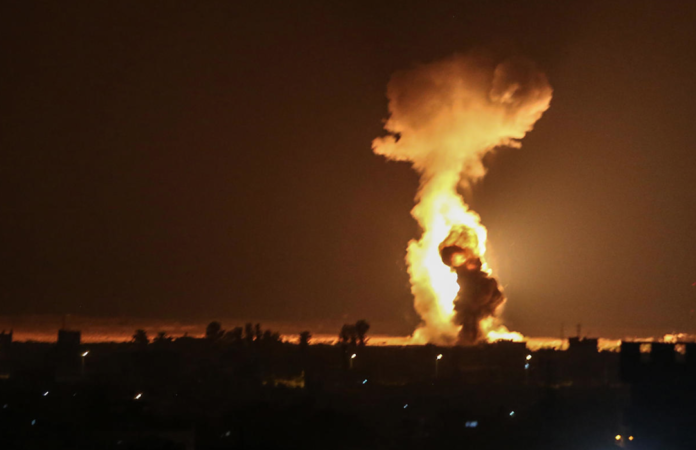 Call for New Zealand government to speak up and

Palestine Solidarity Network Aotearoa has written to the Prime Minister and Minister of Foreign Affairs calling on the government to speak up on behalf of the besieged people of Gaza who are once more under bombardment by Israeli bombs during the global Covid 19 pandemic.

Israel claims its attacks are in retaliation for incendiary balloons sent from Gaza which have caused fires in Israel. However this is the micro issue. It is subterfuge. The cause of the conflict is the Israeli blockade of Gaza.

We have previously requested the government speak out calling for the end of the Gaza blockade because of the global pandemic but the Prime Minister and Foreign Affairs Minister have been silent.

Previously this government has condemned Palestinian resistance but has simply called for “restraint” on the part of Israel. It’s a racist, one-sided policy of support for the aggressors and a kick in the teeth for the Palestinian victims.

Gaza schools opened last Sunday after five months of suspension due to Covid-19 only to be hit the same night by an Israeli missile. The United Nations Relief and Works Agency tweeted that Beach Co-Educational School ‘D’ “was affected” by an Israeli air strike which has been found to be an unexploded Israeli bomb which targeted the school.

Israeli brutality knows no bounds when it comes to attacks on civilians and civilian infrastructure.

They are relying on complicity by silence from countries such as New Zealand to continue their abuses of Palestinian human rights.

It’s time for change. The New Zealand government must act immediately to uphold both international law and minimum human rights standards and demand:

NZ must then follow these up with concrete action which suspends all bilateral agreements between Israeli entities and New Zealand until Israel complies with international law and all United Nations resolutions.