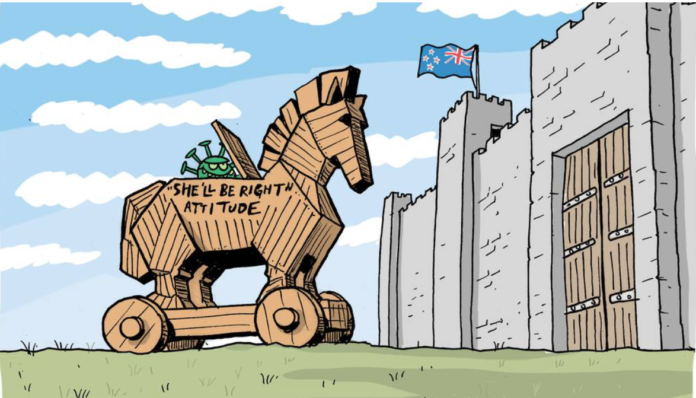 “The Martians had no resistance to the bacteria in our atmosphere to which we have long since become immune. Once they had breathed our air, germs, which no longer affect us, began to kill them. The end came swiftly. All over the world, their machines began to stop and fall. After all that men could do had failed, the Martians were destroyed and humanity was saved by the littlest things which God and His wisdom had put upon this Earth.” – H.G. Wells, “War of the Worlds“

National will lose in September. And most likely in 2023 if the pandemic has not been defeated. Their laissez faire approach to government and economics has been revealed to be utterly inappropriate for the challenges in the Age of the Virus.

National has been caught out – like the proverbial  possum frozen in the glare of oncoming headlights – as the human race struggles to adapt to the new norm of responding to the spread of contagion.

There is an inexorable inevitability to how politics has begun to change radically with the advent of a global pandemic.

More than ever, the State is required to navigate societies through these stormy pandemic waters. The “free market” is not only incapable of dealing with a deadly virus – it actually aids and abets the spread of contagion.

Sweden, Brazil, Victoria, and the US (especially states such a Florida, Texas, California, et al)  are a brutal warning  when humans fail to heed and respond to a viral threat. The virus will mercilessly seek out every crack (or in the case  of the US and Brazil, gaping holes) in Humanity’s defenses and, like water in 100-year old pipes, seep through.

Humans have only one defense against plague: our intellect. Failure to use what natural evolution has gifted us leaves us at the mercy of whatever challenge Nature throws against us. In this case, a virus that is neither aware of us, nor cares about us. Like background radiation or clouds in the sky, it simply IS.

How we deal with it, using our remarkable abilities, will be the crucial difference between prevailing and succumbing.

React with political expediency (and a lethal dose of outright ignorance) like Trump or Bolsanaro, and the virus will exploit that ignorance to maximum lethal advantage.

One lesson we have learned is that the virus is no respecter of political or economic ideologies. It attacks  central-planned and liberal free market economies alike. China and the US proved that.

But unlike the US, China managed to contain the contagion by acting swiftly and decisively. By locking down Wuhan – a city of eleven million  people – they controlled and reduced transmission.

Only the power of the State could control transmission. The free market and it’s twin sibling, Hyper Individualism, could not cope. The dictates of free market profit-making (unyielding demands by share-holders) in tandem with selfish Me First individualism, was diametrically contrary to crucial collective strategies required to control transmission.

In an act of sheer stupidity and political expediency, Trump has insisted that all schools in the US reopen. School children are to become the new vectors of a deadly contagion so Trump can present an illusion of “normality” in  time for the November presidential election.

The virus is now effectively out of control in  the US and Brazil. The death toll is escalating, killing young and old.

Despite the lessons from other nations there have been calls for Aotearoa to re-open our borders to foreign students and even tourists. Some have suggested that Universities could manage isolation/quarantine of students – despite even the government falling short in this critical area.

The National Party and business pressure groups have joined in a whining chorus of agitation to open our borders. Their number one priority is “business as usual”.

Recently, three “prominent” New Zealanders – former chief science advisor Sir Peter Gluckman, former prime minister Helen Clark and ex-Air New Zealand chief executive Rob Fyfe – joined the agitation to re-open our borders “some time in the near future we have to have a strategy in place of gradually opening the border, because we cannot [keep it closed] indefinitely“.

Finance Minister Grant Robertson spoke for the vast majority of New Zealanders when he rejected those demands;

“Growing our capacity for quarantine that we have absolute confidence in requires facilities that will need to be very carefully designed and used.

Moving toward an international student market for that will take some time.”

Two days later, finally reading and understanding the mood of the nation, then-Leader of the National Party, Todd Muller walked back National’s calls to re-open our borders;

“What I was framing up was a criteria that could exist in the future, when clearly that can’t happen in the current context … what I was talking about was a critique of the government’s lack of transparency or visibility around what the next step is in terms of opening up our border.

And on 12 July, appearing as a guest on TVNZ’s Q+A, Mr Fyfe –  one of the trio of “prominent New Zealanders” –  also seemed to be having second thoughts on loosening border controls;

“Personally, I’d be nervous opening to any country until we have our testing and trace capability to the standard it needs to be at and in my mind we’re not there yet […] no country has really solved the tracing challenge.”

Even Helen Clark, another of the “trio of prominent New Zealanders” voiced the obvious concerns felt by most people;

“We’re nowhere near through the end of this, some people say we may not see any widely available vaccine for at least two and a half years, it may then not be fully efficacious, it may not stop us getting it, it may mean it mitigates symptoms.”

As if to underscore the point and drive home the stark, unvarnished realities we were facing, Jacinda Ardern summed up it up succinctly, and in doing so, spoke for nearly the entire nation;

“Right now as this pandemic is surging and while the technology and testing is as limited as it is, now is not the right time.”

Wigram Capital Advisors economist, Rodney Jones, who has been tracking the spread and effects of the contagion repeated the warning;

“We only need to look to Victoria, New South Wales, Hong Kong, Singapore and Korea to see examples of other places that like us had the virus under control at a point in time only to see it emerge again.”

With this virus, we have to live with uncertainty and risks that we’re not accustomed to. This is new for all of us.”

In simple terms, most of us were in no mood to undo the victory we had achieved in nearly two months of lock-down. Not for all the tea in China or all the gold in Fort Knox.

Prime Minister Ardern spoke for most of us when she categorically refused to yield to calls to loosen our border controls;

“Right now as this pandemic is surging and while the technology and testing is as limited as it is, now is not the right time.”

With tourism and the education export industries effectively “dead”, traditional market-driven ideologies have been ham-strung – not by their left-wing ideological counterparts – but by an unseen enemy that is not even aware of our existence.

Aside from trade in commodity goods, National cannot campaign on market liberalisation of the free movement of people with skills and/or wealth. Those days are behind us.

Thus far, National’s strategy for re-election appears to be based on regurgitated roading and tunnels under/through/over mountains and throughout the North Island (an asphalt fetish, as David Slack described it) and treating Kiwi Returnees as a cash cow by billing them for quarantining.

Aside from the sheer questionable legality of imposing what is effectively a border tax on New Zealand citizens and Permanent Residents returning home, how is that remotely reconcilable with their promise not to introduce new taxes in their first term?!

No less than three successive National Party leaders have promised: no new taxes;

“We will not introduce any new taxes during our first term.” – Simon Bridges, 29 November 2018

“There will be no new taxes from the next National Government, and that could not be more distinctive than what the Labour-Greens will serve up for this country.” – Todd Muller, 29 June 2020

“This is not the party that is going into adding more cost to businesses and more cost to people who earn income and who are actually keeping this economy going. We are not the Party of taxing people any more than we need to.” – Judith Collins, 15 July 2020

Only Judith Collins’ unspecific assurances leaves “wiggle room” for introducing a new cost to Returnees – effectively a tax. So, “no new taxes” – except, maybe, perhaps…?

It is this mish-mash of rehashed policies; vague, un-costed promises;  and incoherent populism that voters will look askance at.

As free market economics takes a back seat to the collective needs of society, National finds itself on the outer, a Party in search of a new raison d’être. In a post-pandemic world it cannot be “business as usual” because the virus – an implacable, unrelenting, impersonal enemy – will not allow it.

By contrast, Labour has been more or less consistent in responding to the new dictates of the crisis to the approval of the majority. There is  an admiration – even from some National-leaning voters this blogger has spoken with – that PM Ardern has done what has needed to be done.

Some would go even further, so the government sits nicely in the middle as the measured, calm voice of reason.

But more importantly, the ideological mania of “small government” has been shown to be a dangerously naively fallacy – especially when confronted with such a crisis as a pandemic. When faced with a nationwide or global emergency – whether biological, environmental, etc – only the State can muster the required resources to meet such a challenge head-on.

People have long memories and they will remember calls from a succession of National party leaders; business “captains of industry”; and various other commentators, to re-open our borders.

Then they will see the mess across the Tasman in Victoria (and now escalating in New South Wales).

They will appreciate how incredibly fortunate we were to have a government that was cautious and valued lives over commercial dictates.

And they will vote accordingly.

Because National has failed to adapt.

Quotes: War of the Worlds

TVNZ News: Texas reports 10,000 new cases as Covid-19 continues to surge around US

TVNZ News: ‘Right now is not the right time’ – PM responds to further calls for NZ’s borders to reopen

RNZ:  Judith Collins on her plans for National (alt.link)

TVNZ News: NSW at ‘crucial point’ in the fight against Covid-19 as new clusters emerge

Life in Level 1: The Taxpayer’s Coin

Life in level 1: Newshub Nation, Q + A, and the end of Todd Muller’s leadership 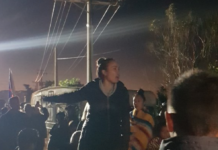 What Ihumātao activists need to do next 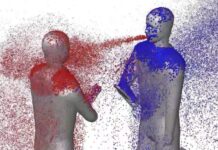 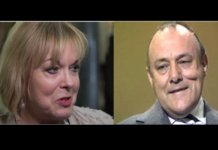