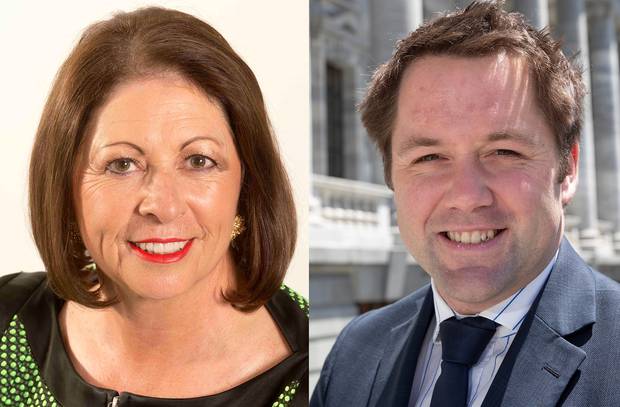 The last 24 hours in Aotearoa’s New Zealand’s politics has provided more drama than a week’s worth of “Shortie Street” episodes combined and binge-watched.

It began approximately around 5.30  last night (7 July) with a disclosure by Clutha-Southland MP, Hamish Walker that he had leaked a list of eighteen covid19-infected Returnees names and details to three media outlets. (None of the three media companies, to their credit, released a single piece of personal info from the list.)

As an explanation, Mr Walker said he released the names, ages, and other details of the eighteen infected Returnees to reject accusations of racism and to prove his assertion ;

“These people are possibly heading for Dunedin, Invercargill and Queenstown from India, Pakistan and Korea.”

Mr Walker then offered another explanation;

“I did this to expose the government’s shortcomings so they would be rectified.

The information that I received was not password protected by the government. It was not stored on a secure system where authorised people needed to log on. There was no redaction to protect patient details, and no confidentiality statement on the document.

I made serious allegations against the government’s Covid-19 response and passed on this information to prove those allegations.”

“I very much regret my actions and did not anticipate that Hamish would choose to send it on to some media outlets but I am grateful that the media involved have chosen not to publish the 18 names that were contained within it.”

Ms Boag also (partially) revealed how she had come into possession of the list;

“The information was made available to me in my position as then Acting CEO of the Auckland Rescue Helicopter Trust, although it was sent to my private email address.”

Many questions remain unanswered and a full picture remains unclear:

Q1: Who sent the email to Ms Boag? Why? What other personal, confidential details has this person sent to Ms Boag or others? What access does this person have?

Q2: Is this person an employee of Auckland Rescue Helicopter Trust?

Considering that ARHT has stated categorically that Ms Boag would not have had direct access to patient data, the only other possibility is a person or persons unknown supplied it to her.

Q4: Will QC Mike Heron attempt to find the identity of who sent the email to Ms Boag?

Q7: Will QC Mike Heron have full access to all electronic devices belonging to Mr Walker, Ms Boag, Todd Muller, and anyone else who becomes implicated in this leak? Will forensic investigation be allowed on their devices?

Q10: When did Todd Muller find out? He claimed it was Monday (6 July) “lunch time“. What did he do in the intervening 30 hours that followed, before Mr Walker went public?

Q12:  Was it really a “rogue operation” involving just two people? Who else knew about Ms Boag and Mr Walker’s use of the List?

Q13: What was the purpose of Ms Boag passing the list to Mr Walker? Why did she choose him? What discussion did the two have?

“It would be inappropriate for me to do that because I would be disclosing more details.”

So. There are “more details” she has not disclosed. What are those “details”?

Q14: If Ms Boag “did not anticipate that Hamish would choose to send it on to some media outlets” – what did she anticipate he would do with the List?

Q15: What other personal details has Ms Boag passed on in her role as acting CEO of Auckland Rescue Helicopter Trust?

Q16: Why will Ms Boag and Mr Walker not front to media interviews? What do they know that remains unsaid?

Q17: What did Nikki Kaye know and when?

Q18: What prompted Mr Walker and Ms Boag to go public on 7 July? What factor(s) forced them to abandon their secrecy? Were they about to be “outed”?

There is more to this abuse of power than we have been told. The National Party damage control machine has swung into full mode and has successfully contained this outbreak of scandal.

They may be hopeless at containing viral outbreaks – but masters par excellence at managing scandals. (Perhaps because of considerable past experience.)

This is the party that thinks it is fit to govern.

According to a late evening news story on RNZ, Michelle Boag revealed the source for the List of eighteen covid19 positive Returnees. She claimed the information came from the Ministry of Health by way of emails that were regular updates sent to emergency medical services;

When she announced her involvement in the leak, Boag said she had access to the private information as the acting chief executive of the Auckland Rescue Helicopter Trust.

She added the personal information was sent to her private email, but did not disclose who sent it – until now.

Boag told RNZ the Ministry of Health had sent daily emails to her private email, which included the sensitive details of the country’s Covid-19 cases.

Boag couldn’t explain why it was sent to her private email, but suspected it was because she was only temporarily in the role of chief executive.

The government has already confirmed emergency services were regularly sent the details of the country’s active cases, so they could take the proper precautions if responding to a call-out where someone with Covid-19 was present.

If this is true, then this makes her role in this scandal even worse.

The information would have been sent to her in good faith by the Ministry of Health. She was in a position of trust and privilege.

The information would have been intended to be used by emergency services in case their personnel ever had to attend an incident involving covid19-positive patients.

Sending helicopter medics blindly to a situation where covid19 was present would have endangered their lives and those around them.

For Ms Boag to wilfully mis-use this information for nefarious political purposes will destroy her career forever.

RNZ: National Party board to meet about Hamish Walker (alt.link)

RNZ:  National’s attacks not what we need right now

Life in Level 1: The Taxpayer’s Coin