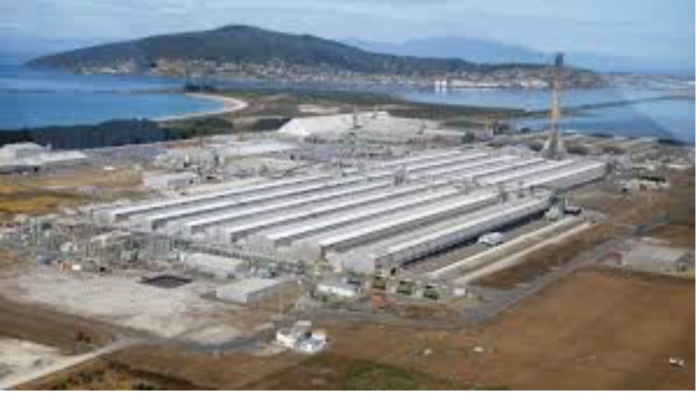 This is very good news today with the Rio Tinto decision to close the aluminium smelter at Tiwai Point in Bluff.

This company has been using 14% of New Zealand’s total electricity production at ridiculously low prices for many decades.

A quick, back-of-an-envelope calculation shows that government electricity subsidies have been so high that the country would be better off with the smelter closed and the workers paid their full salaries for the rest of their lives. I wrote about this in a previous blog.

CAFCA (Campaign Against Foreign Control of Aotearoa) has described the Rio Tinto situation as “the textbook example of corporate welfare in New Zealand.”

Rio Tinto won the 2011 Roger Award for the worst foreign multi-national company operating in New Zealand. At the time the company was using bullying threats to close the smelter if the Emissions Trading Scheme came into force. The judges’ report at the time concluded the company had a 50-year history of “suborning, blackmailing and conning successive New Zealand governments into paying massive subsidies on the smelter’s electricity; dodging tax, and running a brilliantly effective PR machine to present a friendly, socially responsible and thoroughly green-washed face to the media and the public.”

The government’s role now must be to pour those tens of millions in electricity subsidies into sustainable, environmentally friendly job creation opportunities in Southland rather than pour them into the pockets of a bloated, polluting, climate-denying multinational.

We shouldn’t hold our breath though. What we will now see is a public relations campaign by the smelter to pressure the government to lower electricity prices further for this corporate bludger. Already Tim Shadbolt and the local business organisations are whinging on behalf of Rio Tinto rather than on behalf of the New Zealand taxpayer.

Expect to hear plenty of self-serving drivel from the deep south in the year to come.