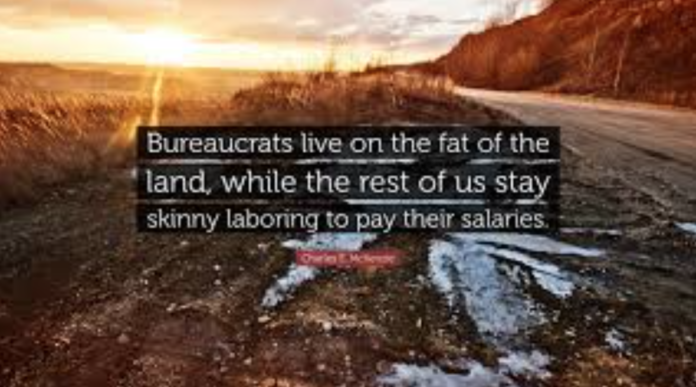 Going on holiday while a pandemic still raged overseas seemed reckless – or rash. But I went anyway. A quick trip to my favourite holiday destination, our very own South Island. A land and sea that’s an important part of my identity as a New Zealander, and a vital part of our nation’s economy and society, but visited in depth, by few Aucklanders. I hoped to recreate the holidays of my past, before over-tourism spoilt so much of my traditional quiet enjoyment, and tourist commodification changed nature for the worst. I also wanted to revisit winter whales and dolphins since so much of my life involves advocacy for them and their habitat. I was also conscious of the contribution we can make in helping local economies survive while international tourism is dead.

So I left the traffic jams, the violence and despair of my local mall, the bypass threatening my rural valley. It was too expensive to fly – financial and climate change costs – and the Northern Explorer train wasn’t running, so we decided to drive.

We spent a night in the van, camped beside State Highway One when it got too late and we were too tired to drive. Huge trucks barreled past, inflicting their own violence on small villages along the route. The State Highway and its traffic creating monstrous disruption, noise, fumes, vibrations and a hostile barrier severing communities but providing few direct benefits for those bisected and imposed upon. Motuapa, Hunterville, Levin, try crossing the road on foot in those places and you risk your life.

The small town of Bulls makes as many puns from its name as is possi-bull. Hunterville celebrates the role of the Huntaway dog – the farmer’s indispensable friend, known for his rangey form, his loud bark and his knowledge of the farmer’s will, in retrieving sheep from rugged hills. All human settlement should acknowledge the contribution of animals to our economies and society, but few do.

The ferry was quiet, women like me knitted. A Māori man in his gumboots traveled with his partner and small children – it was so cheering to hear them all night “I love you dad”, “Dad, you’re my best friend”, defying stereotypes of manual workers and their engagement with their kids. In the hold, cows and sheep crammed into stock trucks bellowed and called, confused and frightened by the strangeness that is sea passage for any hoofed animal. Animal welfare guidelines suggest the distances stock should be carried must be minimised, but across the Strait these unwitting animals will go.

On the wharf, while we waited for the delayed ferry’s departure, I had a ring side seat overlooking the emptying of a trawler of its catch. The trawler’s hold was like a pit into hell. A streamlined system involving a double trailer truck, a crane, and many men in overalls, high-vis and gumboots, lifting sixteen crates of fish at a time, again and again, onto the wharf and then into the truck. It got dark as countless fish were emptied from the trawler, as men elsewhere in the operation untangled the massive net.

In the Marlborough Sounds, steep hillsides were denuded of pines and logging trucks plied the winding narrow roads back and forth all day to the port. Sediment and slash slithered down the hillsides, wilding pines infested conservation land nearby. A ship waiting to take the logs offshore with minimal processing, no added value, sat in the bay.

Picton, the gateway to the beautiful Sounds, sat otherwise quiet. Except when people were kept waiting by delayed ferries, the town was empty. Most tourism ventures were closed. Some tour operators know there will be no return to the old normal – when cruise ships lined up to disgorge their thousands of visitors on the tiny town.  The Government’s commitment to new ferries and new port infrastructure has locals both keen but also worried.

We meet a young guy with a teardrop tattoo under his eye, who works on a trawler out of Greymouth. He says he works non-stop, 24 hours a day if the fish are running, until the hold is full, and they dump all the lower value fish. He’s on his way north looking for better work, he fears for his life on the trawler, – the culture, the killing, the Greymouth bar, and wants to return to work in Rotorua, planting trees.

Down to Kaikoura, road rebuilding from the 2016 earthquake continues. Huge concrete coastal walls provide battlements against the elements – the sea coming in and the mountains coming down. The road workers are the model of courtesy. Even after years of repair, and in the freezing cold, they smile and wave to every passing car. Not that there are many – mostly it’s trucks, those giant juggernauts that threaten to drive you off the road if you go any slower than a hundred k’s an hour.

Wild beaches north of Kaikoura used to be favourite camping spots. But word got out and where there were once four campers, the last summer I stayed, I was one of four hundred. No wonder locals and iwi were upset. Nowadays the old camping site is closed, there are signs forbidding entry, and a tino rangatiratanga flag flutters in the weak wet wind. It symbolises long and deep grievances – the historic bisection of the local urupa, the coast made inaccessible by concrete walls, kaimoana locked away.

In Kaikoura itself, there are holes in street frontages where quake-damaged buildings have been removed and not replaced, like rotten teeth in an old jaw. Three Whale Watch Kaikoura boats lie idle, tied up in the new custom-made marina, waiting for tourists to return. The campground and the peninsula lookout are deserted; but like hope for a better day, a return to normal, a defiance of all sense, building on the new Sudima Hotel on Beach Street continues.

In South Bay, some spearfishing visitors try to give away a large fish they’ve caught but don’t want to eat. A stranger holds it as he would, an unwanted gift. Despite the mist, we see some Hector’s dolphins, tiny dolphins in a huge sea. A humpback whale forges through the ocean heading somewhere warmer. Albatrosses wheel and keen overhead – all running a gauntlet of human threats that kills thousands of endangered birds, fish and cetaceans every year, just so much by-catch collateral damage. Yet they’re revenue generators and marketing symbols for tourists in times gone by.

On the way home, the road got busier and madder the further north we came. Snow lay thick on the Desert Road, and along its length families stopped and played, making snowmen and snowballs and enjoying the simple novelty despite its wet cold slush.

While we were away, the Government announced its long overdue decision on the Māui and Hector’s dolphin Threat Management Plan. It addresses some by-catch risks which are making the dolphins extinct, by imposing some recreational and commercial set net bans on the North Island West Coast, but does little to address the impacts of trawlers – either on Māui in the North Island or for Hector’s in the South.

A recording has come to light showing that Fisheries Minister Stuart Nash tried to outsmart New Zealand First and its opposition to fishing controls. The recording includes Nash calling the fishing companies crooks. Turns out the fishing companies and NZF outsmarted Labour and Nash instead. There will be no cameras on fishing boats to improve monitoring and compliance, the promised reform of the fishing industry is stalled. The Māui and Hector’s response is only as little as necessary to try to prevent a US ban on NZ fishing imports being led by Sea Shepherd, and to appease Labour’s urban voting base, but isn’t enough to save the dolphins.

I’m back home now, my village has a new set of traffic lights. There’s rubbish lining the road as I go for my daily ride. It’s raining. My country is a paradox. The allegedly most beloved leader of our time has excelled in managing our country through crisis, but has done little to address increasing poverty, economic disparity (and until Covid-19, homelessness), or the collapse of ecosystems.

When I’ve complained about the impacts of unsustainable over-extraction of fish, the mistreatment of farm animals, the pollution of New Zealand waterways from intensive or poorly managed farming, I’ve been accused of creating division, of misunderstanding rural life, and that I’m on the privileged side of the urban-rural divide – even though I was born and raised on a farm and still live in a rural setting.

But it’s clear that we live in a nation of two unequal sides. One is where people, landscapes and animals are a cherished part of the picture, including for tourist purposes. On the other side, the land is a resource, people and animals are economic units, externalities like wilding pines, polluted rivers, collapsing fish stocks and out of scale infrastructure impact on community and environmental wellbeing. But the logs, the cows and sheep, the fish, the workers, Government, are pressed to the grindstone and recruited to the “greater” economic purpose.

Primary production and big business have the power, money is all, and low-quality jobs and industry are better than no jobs at all, even if profits go offshore. I’m not the privileged one, with my ‘urban views about sustainability and animal welfare’. In New Zealand, the privilege lies with the trucking, forestry and dairy companies, the fishing industry. The people, the land and sea are hurting, we’re relatively powerless, we are right to speak truth to power, even if it means a critique of the beloved Jacinda, and with or without a pandemic.