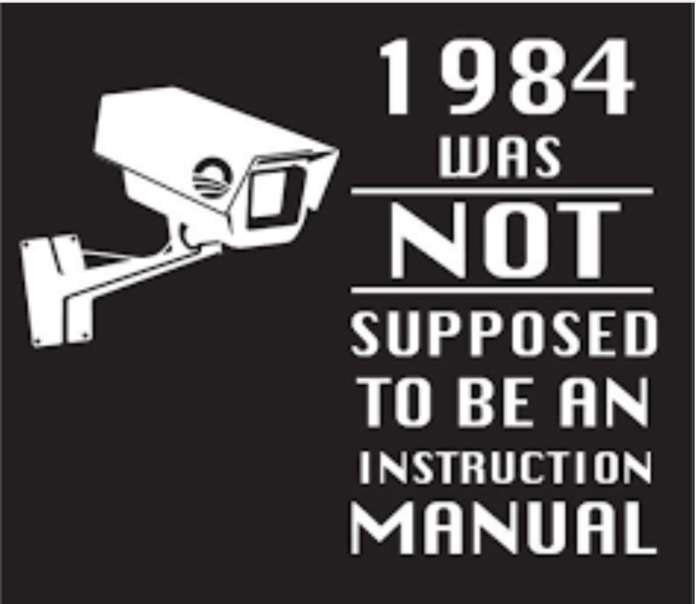 A few days ago, Internal Affairs Minister Tracey Martin introduced a Bill into Parliament that would give our Government the power to block off portions of the internet. The official reasoning is to make it harder for Kiwis to come into contact with – or, for that matter, to share – “objectionable content” like the Christchurch Mosque massacre videos.

And while I absolutely do not have a problem with that stated object … I’m a little concerned about the mechanism being used to go about it. Particularly the lack of independent oversight.

Why? Well, let me tell you two (brief) stories. For you see, I’ve been down this road before …

A little under two years ago, I wrote an article. It was on India’s geopolitical position/predicament in relation to Iran, Russia, and the United States. I thought it was pretty good, so I sent the link to a friend who was travelling abroad in the United Kingdom.

He couldn’t read it. Why? Because in the UK, they have a porn-filter. And when he attempted to access my work … he got a message saying it’d been blocked by order of Her Majesty’s Government etcetera etcetera.

Now, it is well-known that I have a strong love for India … but I don’t think it’s in quite the way that would usually trigger a porn-filter.

Rather, what the trouble was, appeared to be a combination of what I’d written, and the site that it appeared upon. Which is a fine international media outlet, but due to its critical stances on a fair swathe of American & NATO policy while occasionally saying not-unkind things about Bernie Sanders … would probably be accused of attempting to hack US democracy for Putin or something. You get the idea.

So, to back the proverbial truck up – we had inadvertently stumbled across a situation wherein a pornography filter put in place to protect ordinary Britons from deplorable, objectionable content – had evidently ‘decided’ that journalism from a set of perspectives the Government of the day didn’t like … was deplorable, objectionable content – that you shouldn’t be allowed to read in Britain.

Gosh, almost sounds like a compliment when you put it that way, doesn’t it. Recalls the ancient journalistic maxim that “Whatever a patron desires to get published is advertising; whatever he wants to keep out of the paper is news.”

Except this is dangerous. Either because some computer algorithm somewhere has the power to autonomously decide to blot a news site from the UK’s internet … or because somebody deliberately told said algorithm to do so, because they weren’t keen for people in the UK to come into contact with our views and perspective.

I’m almost not sure which is worse. That a computer program is this breathtakingly bad at deciding what objectionable pornography is that it blocks a news site (in which case, what does it say about the sort of people who chose blithely to trust in such a mechanism); or that somebody might have gone out of their way to censor media by having it declared (illegal) pornography.

Martin has been pushing this “particular drive of [hers]” for some years now; and while on paper there is a theoretical distinction between the regulation of internet pornography, and the blockading of other “harmful and illegal content” – in practice, the mechanisms, as well as the motivation are functionally much the same thing. And, as we have just demonstrated via reference to my article on India’s geopolitical predicament – this overlap is vulnerable to all sorts of pernicious (mis)use. Indeed, some might suggest that such a potentiality is less a ‘bug’ than it is a ‘feature’.

Who can say. In the absence of serious oversight (which this Bill currently lacks), it’s open to both interpretation – and to abuse.

And those are far from the only reasons I feel a bit concerned about where we’re going with this legislative proposal.

A few years ago now, I penned a perhaps somewhat controversial article. About New Zealand politics this time, it attempted to chart the course of an MP’s career. That MP was current Internal Affairs Minister Tracey Martin. One of the more curious outcomes of this, was Martin alleging that I was in breach of the Harmful Digital Communications Act for what I had written. And I say ‘curious’ for two reasons.

First, because I didn’t think that articles critical of political figures were what the Act was supposed to cover (although at the time, Martin was quite definite that it was her experience working on the drafting of the Act that afforded her the insight to assert otherwise) – not least because, unlike with defamation, under the HDCA “Truth” is not actually a defence.

And second, because I really wasn’t expecting ACT’s David Seymour to leap to my defence. Even if he phrased it as “sticking up for people you wouldn’t really want to have over for dinner.”

I’ve always had some time for David Seymour after that. Because as it turned out, sometimes a principled libertarian really is a useful sort to have around and actively engaged in our nation’s politics. A sentence the younger, and decidedly more black-and-white [in multiple shades of the term] Curwen Ares Rolinson would no doubt have been aghast at typing.

Now, I’m not bringing all that up for the purposes of point-scoring or seeking to re-open an old feud. The past is the past. Yet it can provide a usefully instructive guide to the future. To her credit, Martin did not go through with laying an HCDA complaint against me (although she obliquely and unfavourably compared me to Cameron Slater, so you win some – you lose some).

But other MPs may not necessarily have shown as much restraint. It does not take too much of a political memory to recall various instances demonstrating that this isn’t an entirely hypothetical situation. At several points, the previous National-led Government subjected journalists, and a certain errant TV cameraman, to various forms of legal pressure in pretty direct response to exposes inconvenient for them.

That, I feel, is a pretty interesting test for prospective legislation, as it happens – would we be comfortable with it in place if National were to be the one using it?

And, given it was only a few months ago that the then-Leader of the National Party was surreptitiously meeting with the head of China’s secret police … some might suggest that when it comes to this kind of legislation – the National Party may be a bit too comfortable with its prospect, already.

Nobody should be looking to build a Great Fire Wall of Aotearoa to replicate in miniature the Chinese one.

And, to be fair and sure – I’m not sure that this is what Minister Martin thinks she’s doing, either. I would certainly hope not.

But, as the example of my work being rendered inaccessible in the UK for allegedly running afoul (somehow) of their pornography-filter shows … it doesn’t necessarily matter what the politician enacting a law actually means nor intends for it to cover. Whether intentionally (by somebody) or inadvertently, these things grow. And they don’t always grow particularly rationally, either.

Best to be very sure that this is both the path, trajectory, and mechanism we want to go down before we start upon that road.

Because the risks inherent in doing this badly – are quite some “objectionable” content and conduct, indeed.