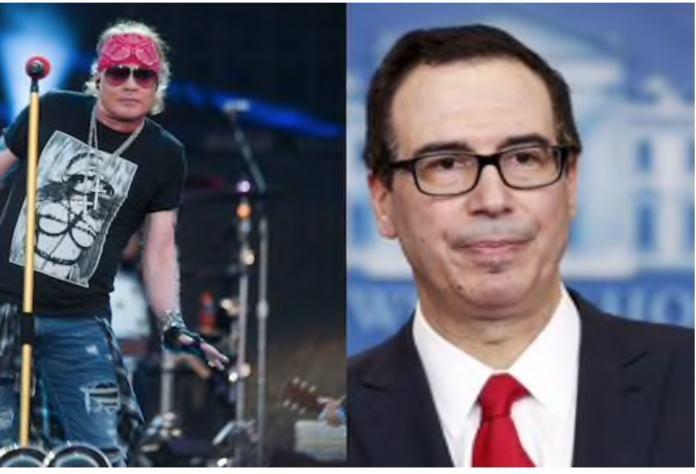 I don’t even know how to say this, but the US Treasury Secretary is in a twitter fight with Axl Rose…

The legendary vocalist Axl Rose of Guns N’ Roses caused quite a stir on Twitter when he called out US Secretary of the Treasury Steven Mnuchin.

The American musician is not very regular on social media and his sudden flare-up against the politician left many stunned.

“It’s official! Whatever anyone may have previously thought of Steve Mnuchin he’s officially an a*****,” Rose tweeted. 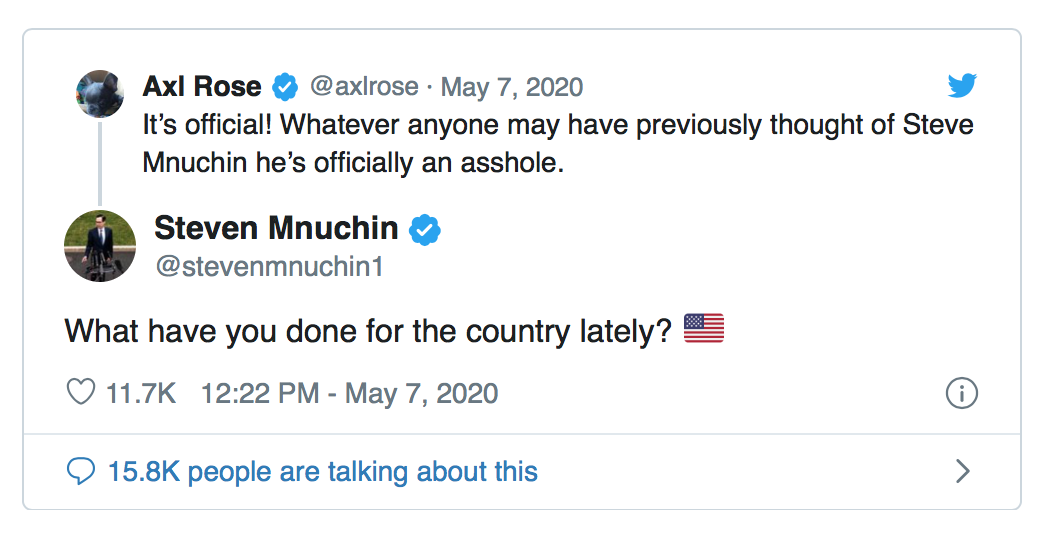 While it is not clear what provoked Rose, his post quickly went viral on social media, prompting a response from Mnuchin, who tweeted, “What have you done for the country lately?”.

The problem with the response was that Mnuchin used the flag of Liberia initially before deleting his tweet and responding again with the American flag. Screenshots of his first tweet went viral causing quite a bit of embarrassment because Rose spotted it and had a line to say there as well! 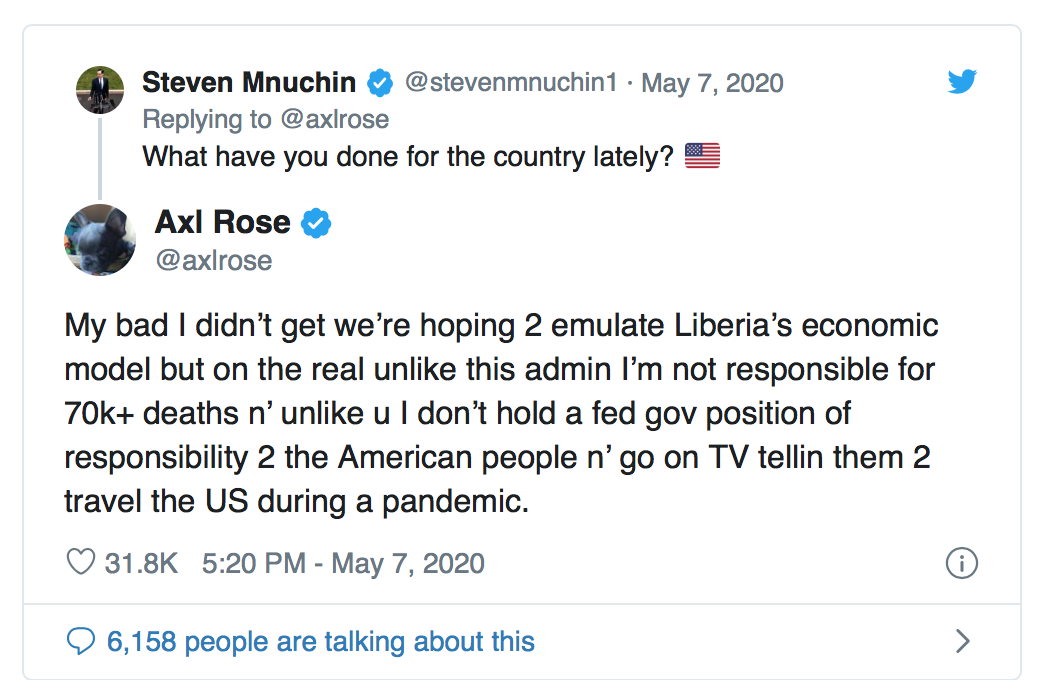 ..brothers and sisters, Comrades, whanau, in all my life I never ever ever believed I would write the sentence, “US Treasury Secretary in twitter fight with Axl Rose”, is this the mad world of Trump we now live in?

The lead singer of Guns n Roses, the voice behind ‘Welcome to the Jungle‘, ‘Paradise City‘ and ‘Sweet Child o Mine‘ is dragging the US Treasury Secretary in a Twitter flame war over the response to the pandemic AND Axl is owning him!?!?

What’s next? António Guterres in a mud wrestling match with Sean Hannity? Ivanka Trump and Dame Judi Dench in a hotdog eating contest? Jared Kushner and Bob Dylan in an arm wrestling competition?

We are staring into a chasm of insanity and think this is normal.