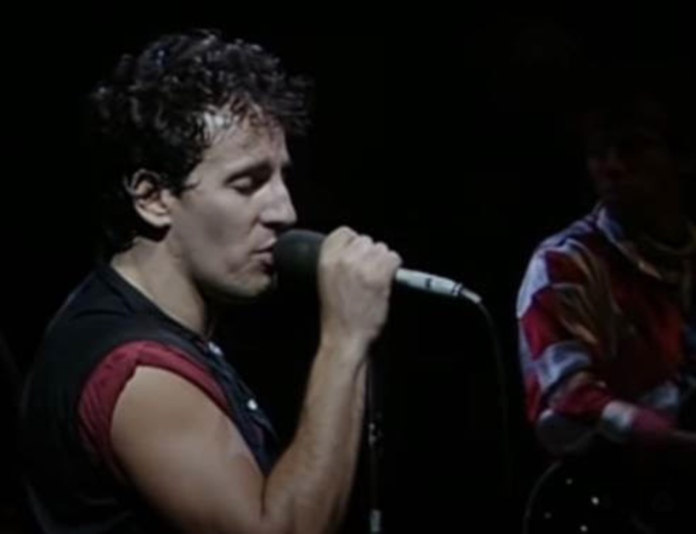 ONE HUNDRED THOUSAND: that’s the number of jobs likely to be lost as New Zealand’s tourist industry collapses. Very few of those involved in the accommodation, refreshment and entertainment of international visitors are open to the idea that most of their enterprises are gone for good. Many appear to believe that domestic tourists will fill the gaping hole in their business plans. Others are counting on Winston Peters’ trans-Tasman bubble to save the industry. Such hopes are almost certainly vain. As the foreman in Bruce Springteen’s classic song “My Hometown” puts it: “These jobs are going, boys, and they ain’t coming back.”

Those tourism jobs, though, they’re not like the jobs in Springsteen’s soon-to-be-closed textile mill. The factory jobs of the post-war boom underpinned a whole way of life. Unionised and well-paid, they conferred dignity and security on a working-class that was still conscious of its power and purpose. Those jobs paid for houses, cars, household appliances and holidays at grandad’s batch or a seaside holiday camping ground. Those jobs were solid and they made the people who did them solid too. When the factories closed and solid livelihoods they provided simply melted into air, New Zealand’s proud but fragile working-class culture evaporated along with them.

When all the hotels and restaurants constructed to accommodate the millions of international visitors who poured into New Zealand during the age of hyper-tourism shut down, their workforces will simply scatter. Mostly young, mostly untethered, and mostly flexible – in  the approved neoliberal fashion – they will suffer, struggle, adapt and survive. The vast majority of these hospitality workers will experience the collapse of their industry as a purely individual misfortune. The mass unionism of 1936-1991, which made the closure of any workplace a powerful collective experience (and generally resulted in some form of redundancy compensation) has not been a feature of working-life in the private sector for quarter-of-a-century.

Overwhelmingly, the collapse of hyper-tourism in New Zealand will be a small-business tragedy. These enterprises were the Remora fish who fed off the massive shark of international travel. Their fate will be the fate of all businesses born out of the extraordinary expansion of global markets which has defined the economic history of the past fifty years. Having taken advantage of global forces over which they exercised not the slightest control, they now find themselves caught up in an equally uncontrollable, exogenously generated, sequence of global events. Sadly, there is almost nothing that the small business owners can do to prevent these new global realities from smashing their enterprises and shattering their dreams.

Naturally, they will turn to the Government for assistance, even though the Government is almost as powerless to redirect the global tide as the small business-person.

The brute facts of the Covid-19 catastrophe toll over the tourist industry like a funeral bell.

The unprecedented affordability of global travel – largely the effect of cost-saving innovations in the aviation industry – cannot endure. The Pandemic is destroying the world’s airlines. When it ends, the number of carriers will have shrunk significantly. Where there were once hundreds, experts are predicting that there will be only a few dozen airlines. That means fewer flights and higher fares. The number of international travellers will plummet. New Zealand will find itself in possession of a tourist infrastructure several times too large for its dramatically reduced visitor traffic.

There is nothing any government can do about this. No politician can conjure up millions of tourists out of thin – or even smoky Australian – air. Covid-19 has transformed those streams of passengers pouring off the airliners and cruise ships from prized spenders into potentially dangerous carriers of deadly diseases. Borders will become a lot harder to penetrate. Foreigners will no longer receive such a warm welcome.

Not that the foreigners will be much inclined to come anyway. It is a universal feature of economic crises that the ordinary person in the street becomes extremely risk averse and reluctant to spend. People become very careful with their money. Having being thoroughly drenched by the rainy day overhead, they immediately begin saving for the largest possible umbrella to protect them during the next. From seeing one last carefree hurrah aboard a cruise ship as their bound and due, the Baby Boom Generation may even start thinking about the generations coming after them.

Nothing politicians can do about that, either.

It all sounds very grim, and it will be, but only for a while. That strange combination of creativity, thrill-seeking and greed, which propels the entrepreneur towards new ventures will soon respond to new incentives and new opportunities. It is here that politicians can do something. In fact, it is here that they can do quite a lot. Governments can help with finance and advice; they can help with the imparting of new skills to new workforces; they can build affordable homes and lodgings for new workers to live in; they can re-empower those workers with the right to organise and participate in the new ventures – growing into new industries – that, phoenix-like, will rise out of the ashes of the old.

New Zealanders were surely made for nobler occupations that making beds, cooking food, pouring drinks and providing thrills and entertainment for wealthy foreigners. It is one of the great paradoxes of the Covid-19 Pandemic, that the places so many millions travelled so far around the world to see only revealed their true selves when the tourists stopped coming. Fish swam in the fresh clear water of Venice’s canals. The Taj Mahal glittered under azure blue skies. And we, in our bubbles, looked into the faces of the people we loved and realised for the first time in a long time how very beautiful they were. There is so much more to see in our hometowns when, like the little boy riding with his father in Springsteen’s song, we are given the opportunity to “take a good look around”.