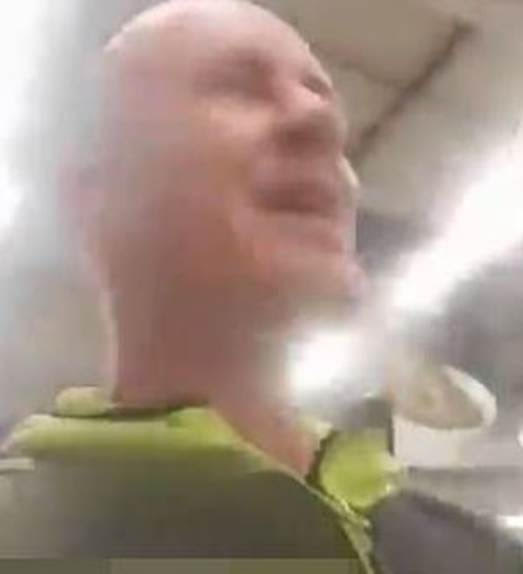 WHY ARE THERE so many blokes out there behaving like idiots? (“Idiots” is the Prime Minister’s descriptor, most New Zealanders would, less charitably, call them “dicks”.) It’s not all blokes – not by any means – but such problems as the authorities have so far encountered during the Covid-19 Lockdown skew heavily towards the male of the species. If women can see the logic of collectivism and solidarity in combatting Covid-19, why can’t a truly irritating minority of dickish men?

Obviously, all this dickishness reflects something seriously amiss with New Zealand’s sons. At the very moment when New Zealand women are wowing the world with their smarts, their grit and their empathy (cheers Jacinda!) far too many New Zealand men have retreated into the stripped-down stronghold of sporting prowess and barred the gates behind them.

The television promotions for the various sporting codes – especially Rugby Union and Rugby League – feature a terrifying sequence of images glorifying brutal bodily contact, exaggerated aggressiveness, and exultation bordering on complete loss-of-control. What we see is what’s left of the human male when everything dignified, intelligent, creative and compassionate has been edited out of the masculine narrative.

These promos are made all the more frightful by the knowledge that they wouldn’t look that way if the punters wanted to see something else. Clearly, smearing the screen with testosterone is the best way of getting the boys to tune-in. It’s possible, of course, that the clips are assembled for the pleasure of the sporting codes’ female devotees. At least that would make some sort of – equally troubling! – sense. In the end, however, these gloriously kinetic visual packages are all about reaffirming and celebrating a particular kind of masculinity. They present the human male as a dangerous, uncompromising and predatory bundle of muscle.

The retrograde character of this brutish version of masculinity is disturbing. For centuries, English speakers have honoured males with the title “gentlemen”. Implicit in the term’s general use is an expectation that all males should at least aspire to the qualities of their social superiors. The goal was to cultivate the self-control, easy affability, intellectual discipline, moral courage, rhetorical skill and, most importantly, the ability to interact easily and pleasingly with women, that traditionally defined a “well-mannered” member of the ruling class. The ultimate social goal was to bring about sort of a levelling upwards: something along the lines of “we are all aristocrats now”.

It is one of the many oddities of modern history that it was to these civilised and humane ideals that so many of the women who assailed the domains of male exclusivity aspired. Even odder, is the fact that in so many cases they succeeded: demonstrating throughout their careers the attributes and values that were hitherto regarded as the proof and preserve of a  “gentleman”. Tragically, as women rose up to claim so many of the things that were supposed to define a man, a worryingly large number of men began abandoning them as accomplishments no self-respecting male would boast of possessing.

Increasingly, a strong intellect, articulateness, creative ability, the willingness to listen attentively and to demonstrate empathy came to be regarded by these “anti-gentlemen” as not only evidence of effeminacy, but also of something much worse – homosexuality. The simple possession of any of these powers was proof positive of, to use the modern parlance, “gayness”. Bad enough to be called a “girl”, but to be branded “gay” meant instant excommunication from the world of “real men”.

But, what behavioural repertoire is left to such males if intelligence, expressiveness, creativity and empathy are ruled out of contention? The answer, sadly, is belligerence, taciturnity, pragmatism and toughness. Sentences are reduced to slogans; slogans to single words: Muppet, wanker, arsehole, cunt. Gentlemanly efforts to converse with these linguistically-challenged anti-gentlemen are all-too-often interpreted as condescension, or, even more dangerously, as attempts to make fun of and/or belittle them. Their responses can be savage. To be showered with one word insults (usually in Anglo-Saxon) is to get off lightly. Physical violence bubbles ominously just below the surface of these cross-purposeful encounters.

To elicit the most aggressive response, however, nothing more is required than to give the anti-gentleman a direct order. Nothing riles him more than being told what to do. And, if the person telling him what to do happens to be a woman? Oh-boy – watch out!

Paradoxically, the more reasonable the request, the more unreasonable the anti-gentleman’s response is likely to be. Reasonableness belongs to the world of education and erudition – the world they have rejected on account of it being populated by wankers, women and gays. Accordingly, defying reasonableness is more than a one-fingered salute to those wankers’ effete other world: it’s an act of veneration; an offering to their dickish masculine god.

Ignoring the restrictions of Level-4 is a way of signalling their membership of the vast idiot fraternity of “You can’t tell me what to do!” More than that, however, it is a way of working out the fear of the Covid-19 virus that they feel, but cannot acknowledge in any other way except by getting right up in its face and daring it to do its worst – no matter what harm that might bring to everybody else.

Poor bastards. They have stripped themselves of the self-awareness that would allow them to see that puffing-up your chest and telling a micro-organism “You’re not the boss of me!” is not the behaviour of a man, but of a frightened and angry little boy.