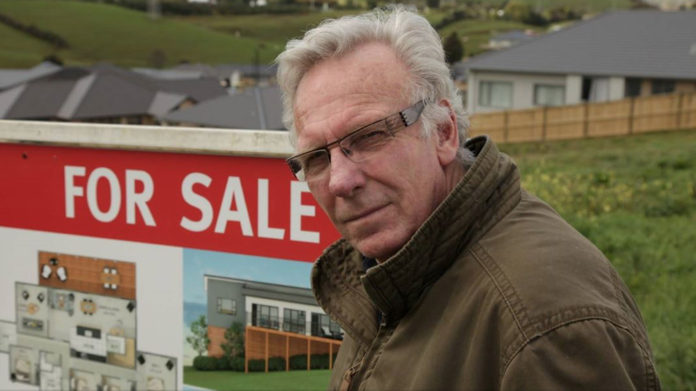 It’s part of my job as an investigative journalist to ask inconvenient questions. 4 years ago I asked the question Who Owns New Zealand Now?

Interestingly I haven’t been funded by NZ On Air since despite several proposals supported by TVNZ and Prime.

But I’ll leave that for another day because today I’d like to suggest to you that in this downtime we should think about how much foreign capital we want to allow to come into our country once this pandemic is over and we try to get our businesses up and running again.

In Who Owns NZ Now? I looked at the effected the then deluge of foreign capital coming out of China was having on our local economy an particulary on our housing market.
My problem, when making it , was that I knew I would be accused of Xenophobia – particularly by those who had (and still have) a vested interest in encouraging Chinese capital to buy our housing and our businesses.

So I went to Toronto Canada partly to show that what foreign capital can do to your economy was not unique to our country. Also to make the point that the ethnicity of the money doesn’t matter .It’s the AMOUNT of it that we allow in.

That didn’t stop a millenial comentator in The Herald who likes to take pot shots at me shouting “Xenophobia!” largely because didn’t want to see that “old pakeha ” on his screen ever again.

He just didn’t get the point but I didn’t bother to take him to task for his low quality journalism because when you ask incovenient questions you have to expect some people, especially those with a vested interest in keeping things the way they are, will get annoyed .

So let me be clear- my documentary was about what happens when a deluge of money from overseas, wherever it comes from, swamps the local economy. It’s happened several times in our history. First it was British money, the American and Canadian, then Japanese , the Australian and most recently Chinese.

When this lockdown is over a lot of businesses will go to the wall – Air New Zealand for one. Are we going to let foreign capital buy them up and perpetuate the neoliberal wealth -for the -few- and- to- hell with the many model of capitalism?

Or are we going encourage our government to take a more active part in our the marketplace by pulling levers such as Qantitative Easing and not bailing out big businesses but nationalising them ?

So I thought I would put up Who Owns NZ Now? on NZPTV
It’s 45 mins long so you might want to make yourself a cuppa.

Lastly – near the end of the programme I offer some solutions to our housing problem from Germany and learn form Italian architect Luciano Pia look at how we could design econofriendly inner city apartments .

Stay Safe.
Look after each other.