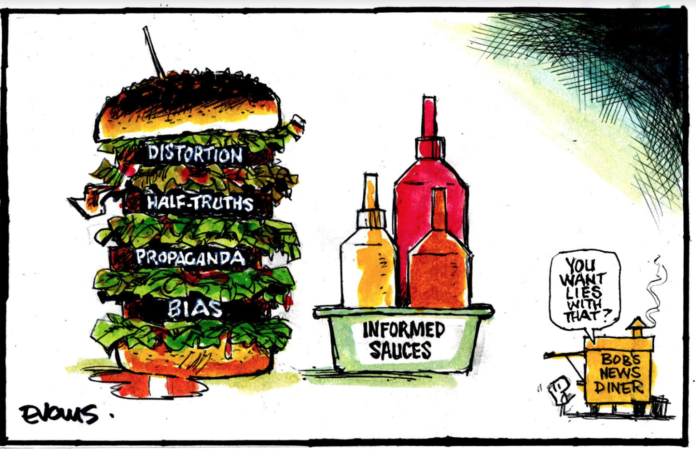 So the German company who owns NZ Woman’s Day, New Zealand Woman’s Weekly, The Australian Women’s Weekly, the Listener, North & South, Next, Metro, Kia Ora, Home NZ and Your Home & Garden has just dumped them all…

Bauer Media NZ is closing its doors permanently, staff have been told.

The madness of allowing so much of our media to be owned by overseas interests is coming home to bite. Who would have thought selling vast chunks of NZ media to a foreign German company could end badly?‬

Metro, North & South and the Listener represented the best middle class journalism NZ ever had and spans a journalistic and cultural legacy which is heartbreaking in its destruction.

We have just had amputated some of our most important societal treasures because a rich German family wants money over duty.

‪This is a failure of transnational capitalism not Jacinda stopping magazine publications during a 4 week pandemic lockdown .

The media landscape has been mutilated by Facebook and Google and because the Government has been too intellectually cowardly to implement taxation against those Trans-national Titans to directly fund journalism, this pandemic is becoming the last straw to break this seasons camel hair back.

Mediaworks are asking for everyone to take a paycut, David Slack and Jarrod Gilbert have been let go as columnists (which is tragic because they are 2 of the best columnists in NZ) and even that dreadful David Cormack has lost his paywalled opinion at the Herald, (although Cormack is awful enough to get picked up straight away at The Spinoff).

Expect NewsRoom and RNZ to suddenly have a whole lot of new columnists, but those job lifeboats aside, the Government must look at a media policy that is bold enough to not just sustain whatever is left over but to actually grow and rebuild the NZ media market.

As people start to rely on social media conspiracies during the lockdown to make sense of these extraordinary events, picking your source media is more important than ever. Other than the incredible range of opinion shapers on TDB, you should also consider the following outlets to get you through this Pandemic with information that won’t make you believe the shape changing Lizard aliens are taking over the planet using a one world Government.

AUT’s Asia Pacific Report: Their extraordinary coverage of the Pacific during this pandemic is an essential resource for what is happening in our region that simply has no peer.

TVNZ Breakfast: John Campbell’s compassion and professionalism as a journalist is needed now more than ever. Every week day breakfast,  the Pandemic is explained and explored with a genuine care. This country owes him a bloody medal for his extraordinary broadcasting talent. John is walking this path with us and he makes the journey far less frightening. He is a bloody national treasure.

Thomas Coughlan, Henry Cooke & Luke Malpass at Fairfax: All three of these journalists have been light years ahead of the coverage of the pandemic  and have all provided the most insight into what the existential changes to our economy and society will start looking like. They are daily must reads.

Te Ao with MOANA on Māori TV: Best current affairs right now, Moana Maniapoto as host is laser like in her delivery of the hard questions.

NewsRoom: Are doing the best day to day journalism covering the Pandemic. You must read them daily.

Bryan Bruce podcasts: Asking what country we want to rebuild into post the pandemic. They appear on this blog.

Working Group: 2pm Friday MagicTalk: Funniest political panel show in NZ and was the first to point out that the pandemic was far more severe than everyone in January thought it was. Sean Plunkett and I carry Damien Grant for 60minutes and pretend the right wing have philosophical credibility so I can bash it down week after week.