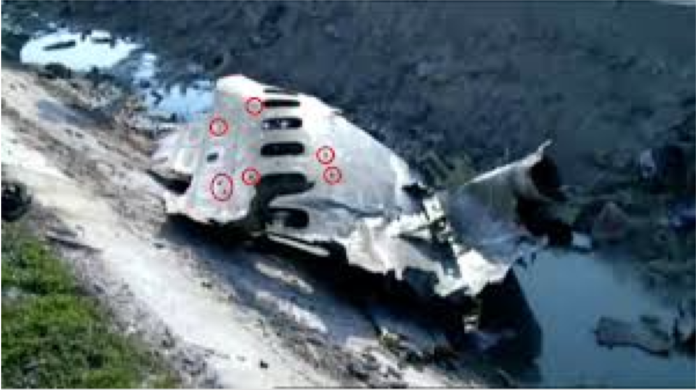 I bin thinkin’ (as I sometimes do) as a chief of spies (as I once was for police in Auckland), which can produce WMD out of nothing (such as my predecessors in the police did with Tuhoe).

If Iran identified a ‘specialist’ making its getaway on the Ukraine bound flight, the option to send America a very brutal message, by taking out the ‘specialist’, must be considered as a possibility, though more likely a probability.

The probability of Trump saying: “Hey fellas!  That’s a bit over the top isn’t it? Whacking the whole plane load just to target my ‘specialists’?  America is against “collateral damage”.

This is a term invented by America to describe its perpetual perpetration of war crimes around the globe and is apt for describing the shocking killing of so many innocent people on the Ukraine plane.

Until recently I had a current MFAT license to trade fish into Iran.   I was screwed by Iran businessmen.

A few years earlier I incurred the wrath of Foreign Affairs Minister (and former parliamentary colleague) Murry McCully, for commercial activities in Syria which resulted in the Ministry threatening to impose sanctions on me.

As an MP I was accused of being an Arms Dealer of surplus NZ Army rifles.  This was bullshit but, ‘shit sticks’ as I have learned.

Before that I was inspector in charge of VIP Security planning and Criminal Intelligence section (aka spies) in the police in Auckland.

Before that I was a country boy.