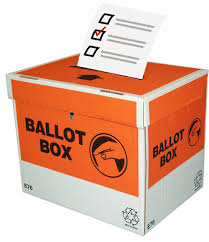 450 people contributed to the objections through individual and form submissions and one petition. The submissions can be viewed online at www.vote.nz.

“The proposed electorates that we’ve received the most objections about are around Auckland and in Otago and Southland,” says Representation Commission chair, Judge Craig Thompson.

“We’ll be taking all submissions into account before finalising the electorate boundaries and names in April for the 2020 and 2023 elections,” says Judge Thompson.

The proposed electorates that received the most objections are:

• Whangaparāoa (21) – objections are mostly about the name of the electorate. Hibiscus Cost is suggested as an alternative.
• Helensville (58) – the majority of objectors oppose the name Helensville. Suggested names include Rodney, Atanui, Mahurangi and Kaipara.
• Manukau East (64) – this electorate attracted the most boundary objections on community of interest grounds. The main concern is the inclusion of the area around Panmure in Manukau East, separating Panmure from Mt Wellington.
• Papakura (22) – most support the proposed boundary changes in Papakura.
• Flat Bush (22) – a number of objectors suggest adding areas from the current Botany and Manurewa electorates to this new south Auckland electorate. Alternative names suggested are Takanini, Flat Bush-Takanini, Manukau South, Manurewa East, Totara and Totara Park.
• West Coast-Tasman (12) – a number of objectors oppose Brightwater being included in the electorate.
• Christchurch East (2) – 122 people signed a petition opposing the inclusion of Bromley up to Linwood Avenue in the electorate.
• Dunedin North (9) and Dunedin South (12) – objections mostly relate to the proposed boundaries, including adding Otago Peninsula to Dunedin North and Balclutha to Dunedin South.
• Clutha-Southland (16) – a number of objectors suggest creating a central Otago or Southern Lakes electorate with a focus on tourist areas.
• Invercargill (17) – objectors oppose the inclusion of Winton in the Invercargill electorate.

More information about making a counter-objection can be found online at www.vote.nz. Public hearings of submissions will be held in February.