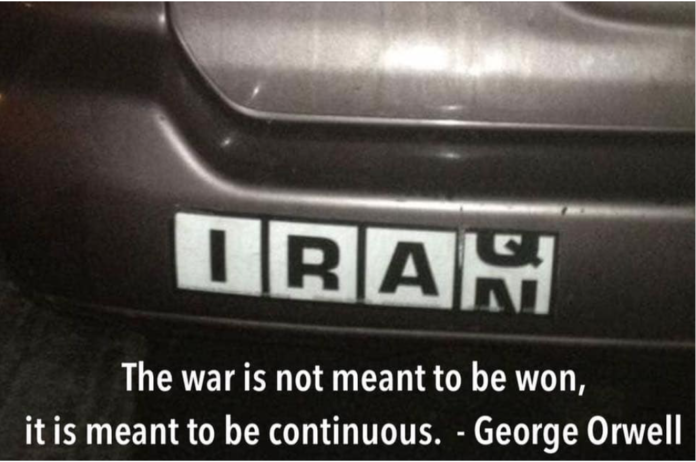 ‪The ease with which right wing clowns on social media are so quick to justify a war is truly terrifying.

Nice to know Stuff.co.nz is the woke home of false rape allegations and false war justifications.

So let’s just get this straight right from the beginning shall we?

Dear NZ msm – last time America led us to war on fake weapons of mass destruction ‘evidence’ you pricks failed us all with your gutless acquiescence – don’t you dare regurgitate US/Israeli propaganda and fail us a second time – there is NO justification for war with Iran!

Iran has a smaller military budget than Canada!

Iran isn’t causing the genocide in Palestine or Yemen!

Iran poses absolutely no threat to the United States!

I can’t see what legal justification Trump has to conduct an extrajudicial political assassination other than Israel and America hate Iran.

Look, I have real problems with Iran-it’s a totalitarian Theocracy employing a ruthless & mutated version of Islam & their human rights record is appalling-BUT that Theocracy exists only because of a 1953 CIA coup & Trump’s assassination only creates war no peace

…Iran isn’t a threat to us, America is the threat!

After searching for some explanation for this bewildering escalation towards war with Iran overnight, I’m coming to the grim conclusion Trump didn’t understand or appreciate the enormity of who he was assassinating – everything from this point onwards is his ignorance.

We were tricked into the war with Iraq by gatekeeper corporate media, we refuse pointblank to be tricked by those same mainstream media corporations again.

The American Military Industrial Complex does not run New Zealand yet and any NZ media outlet who runs their lies should be denounced using the most extreme measures possible.