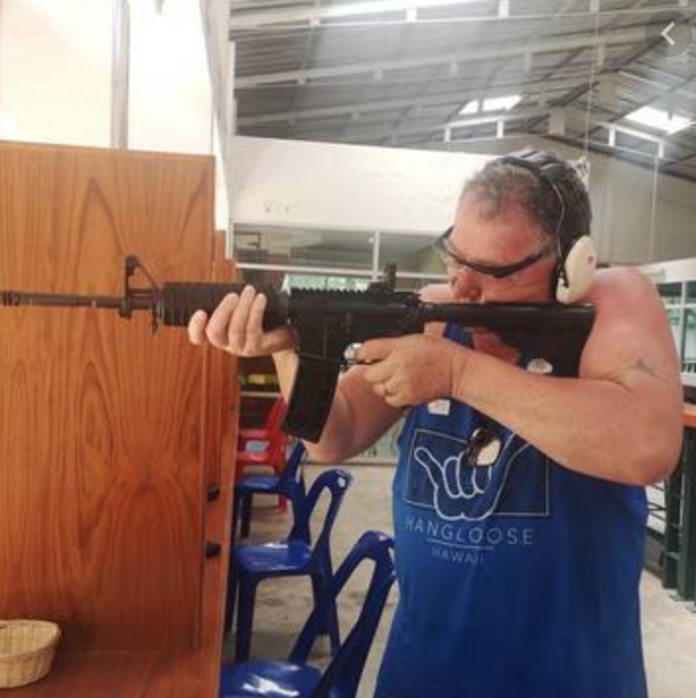 When somebody says or does something a bit gauche in politics and then seemingly doubles down upon it, there are two general explanations. Either it’s a genuine error which, out of pride or lack of comprehension of the nature of the sin, they’re refusing to extricate themselves from.

Or, it’s an intentional move designed to elicit a particular response and project a certain image. In other words, it’s not a “mistake”, much less an “accident”.

Now, as applies Jones, there is a school of thought which states that much of what comes out of his mouth is him sounding clever (arguably because he is), and then over-egging the pudding to the point that some of it winds up upon his face. Getting carried away and spraying around eminently soundbitable quips that become the story and obscurate what he’s actually trying to say.

The slightly less charitable perspective is that Jones’ runaway verbiage doesn’t so much occlude, as more bluntly convey whatever it is he was getting at in the first place.

And the less charitable perspective again, is that it does this largely if not entirely because that’s *exactly what it was designed to do*.

Now, I’ve earlier made the case that Jones’ previous remarks in relation to the NZ Indian community – viz. the time he declared that the results of NZ immigration policy were “synonymous with butter chicken – rancid” – were pretty much that.

Deliberate exercises in concentrating verbal fire at particular targets, in order to communicate to other parts of the NZ electorate who the speaker is and what he stands for. And designed to imitate how a certain other politician has made successful use of ‘Chinese’ as a bit of a political pincushion over the last few decades of *his* career (albeit with a bit more linguistic finesse than “two Wongs don’t make a white”).

As Jones himself puts it – “I’m giving a voice to the anxieties of hundreds of thousands of Kiwis”. Allegedly over population growth, at least partially in relation to immigration, but in a manner which suggests that the “anxieties” in question are perhaps concentrated in other areas. [Because seriously – just how much do we actually think a few arranged marriages are contributing to net population growth here in New Zealand; or what “butter chicken”, or “Bollywood” (to reference Jones’ latest quip) actually has to do with these either]

That’s not to say that issues around immigration and population-growth don’t exist. Just that Jones’ approach seems to be far less interested in actually having a meaningful discussion around population policy (perhaps, to be sure,  because we all saw how that went down when James Shaw tried this a few years ago), and far more in deploying bait and thence escalating a war of words with various parts of the Indian community.

To an older generation, probably of Spaniards, we’d call this “Bull-Fighting”.

As my editor, Bomber, pointed out in a piece published on Tuesday, it’s a strategy which parlays the conflict and outrage from various portions of the polis into solid electoral gains elsewhere.

Jones has crab-walked into an ongoing ‘live’ issue via a side-wind, signaled immediately to the sorts of people who aren’t too keen on immigration bringing in various cultural practices they don’t like the look or sound of that he’s Their Man.

Cunning chap that he is, he’s added a dash of “Maori” and “Entitled” in the same sentence; declaring that just as Maori “adapted with the arrival of the Pākehā“, it’s correct for pretty much every other demographic in the country to “adapt” to better accommodate the Anglo population of New Zealand.

Because if they don’t – apparently regardless of how long they’ve been here (and referencing his own remarks about a thousand years of ancestry here in his personal case) – they’ve got an “elevated sense of entitlement”.

It’s like playing political scrabble. He lines up his tiles, he hits the triple-word score.

Of course, part of the point isn’t really anything specific to do with the Indian community, or Indian cultural nor culinary practices. I don’t doubt that Jones has various reasons why he’s singled these out – and these connect with his previous record of engagement with the Chinese, especially in and about the Pacific during his prior career as a pseudoambassador.

But in the main, it’s about presenting Jones as Defender of Kiwiland and (certain of) its inhabitants. About portraying that there are certain “Kiwi Values”, and anybody not abiding immediately and conveniently and *congruently* with these being at best “entitled’, if not outright something of a problem.

And then, when this approach is fairly inevitably attacked, responding with a bit of a “who me?” which alleges that any hint of being more than “just saying what everybody’s thinking”, is some sort of PC-Liberalism/SJW-ism/Cultural Marxism/Precious Snowflakeism gone mad.

With the implicit impact that people who might perhaps count themselves amidst the “everybody” doing the “thinking”, also *themselves* feel attacked, and find newly enhanced reason to rally behind their self-appointed champion.

Personally, I think it’s a bit rich for Jones to demand that Indians “tame down your rhetoric”, immediately between telling those who don’t like his approach that their ‘home’ is elsewhere and they should be heading for it, and declaring that further unimpressed responses are “Bollywood overreaction”.

But I’m sure a certain swathe of the electorate views it quite differently – as Jones being the ‘reasonable man’, and everyone *else* just going around looking to find an excuse to keep the ordinary Kiwi battler down. Especially given pretty much every other party in Parliament – including the Nats, who’ve probably remembered the reception they got for deciding the approximate value of an Indian to be half that of a Chinese backer – turning out to distance themselves from him. “It’s a conspiracy!” “It’s a consensus!” “The entire political class has come together to try and stifle your dissent!” “Gosh, if only there were SOMEONE unafraid to take on the vested interests, and speak YOUR truth to power!” “Who’s the man to be the martyr for your viewpoint? Why, where’s that chap being shot at apparently from *every* side simultaneously!” “The only honest one amidst the lot of ’em!”

With that in mind, the more outrage Jones generates – provided it’s kept contained to a relatively small portion of the population doing the outraging – the more he gets the chance to present himself as the victim. In this age of hashtag self-labeling for our experiences, he could probably coin #WhoMe? in reference to his energetic expressions of innocence at pretty much *every* juncture that something like this has come up. Whether it’s airlines, forestry companies, people who think that ‘what happens/is legal in Thailand …” isn’t the world’s greatest defence, etc. etc. etc. – the idea is to transmogrify via bamboozlement somebody who’s pretty much Exhibit A for an ‘insider’, a man so extraordinarily well-connected and well-positioned across just about *everything* in our politisphere that he’s the modem to the Matrix … into an “outsider”, an “anti-establishment” renegade. Who takes *on* said Establishment, in this particular instance, by beating down against a grouping of ‘little people’ who’re so far outside “Establishment” that they’re often not even allowed into the country.

Now, again – this is NOT to say that there are NO issues whatsoever when it comes to population-growth in NZ in general, or the way we do immigration, specifically.

It’s just that if Jones were actually looking to accomplish something in these areas, this would be almost *exactly* the wrong way to go about it. After all, the resultant anguish has effectively propelled the rest of the Government which Jones is allegedly part of (despite how … nobody else seems to be prepared to back/’take responsibility’ for him every time he hits the headlines for sketch conduct), to commit to fixing the situation in a manner which’ll make it easier for those in arranged marriages to bring their spouses here.

But Jones won’t mind that. Not a bit. Except in public. Because the more it looks like everybody else in the ‘establishment’ politisphere is doing the opposite – the more he seems “necessary” to those he’s keen to have as supporters.

In this way, it is not at all something we can describe via the words of Macbeth – a tale full of sound and fury, told by an idiot, signifying nothing.

Rather, it is the mystery of chessboxing. Something which *looks* like a simple pugilistic spectacle, brazen, bloody blows rained down with punch-drunk enthusiasm in lieu of finesse or insight or intentional skill. And yet which *actually* entails a much more carefully calculated and deliberate – even deliberative – approach that’s methodically forward-planned several moves or even matches in advance, pattern-resonant, designed to elicit the loudest roars of approval from the punters down the peanut gallery, keep ’em coming back and the brawler in bar-tabs and commission for another week.