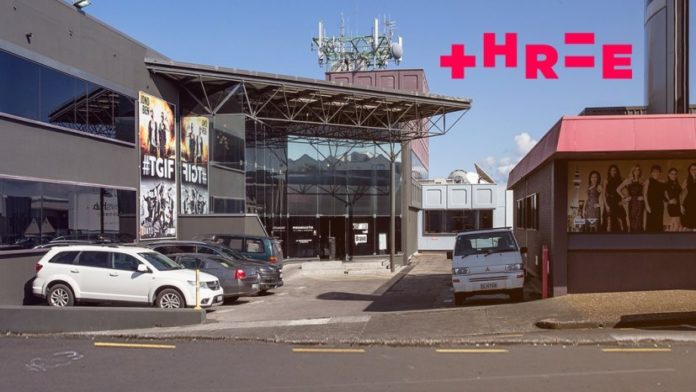 Now, I say it’s a “pattern” because this is hardly the first time that MediaWorks has found itself in a state of implosion. One of the previous occasions saw the National-led Government bail it out to the tune of $43 million.

I say it’s a “few” patterns, because then as now, some people were insistent that private enterprise doing badly *had* to be the result of publicly-owned private enterprise somehow magically making an “unfair playing-field”, upon which the former just could not meaningfully compete. Which is just simply untrue, as like I say – TVNZ is run as a business, and has generally been returning a dividend to the Government as its majority shareholder, rather than drawing tens of millions of dollars in bailout money like its private-sector owned competitor.

It’s almost like people will say whatever they were going to say anyway, *regardless* of the circumstances; because any crisis is an ideal launch-point for the pursuit of an ideological “solution” in search of a problem.

The plain fact of the matter, is that MediaWorks has been run rather badly for some time now. It’s tried a few things to get back in the game, many of which appear to have simply dug it deeper into the hole. It pushed “MORE REALITY TV *ALL* OF THE TIME” as some sort of golden bullet [not realizing that the downward trajectory which this entailed meant said bullet was aimed squarely at its own foot] – not just converting over C4 to pretty much, but then opening at least one additional channel to do more of the same.

Which it did at the same time as it was busily gutting one of its few *actual* competitive elements, in the form of its news and current affairs arm.

As an aside, I personally don’t think it at all coincidental that 3/MediaWorks got rid of John Campbell during a period of prolonged warm relations with the then-National-led Government (and interestingly, Fran O’Sullivan – yes, *that* Fran O’Sullivan – seems to agree, per her remarks in print at the time in 2015) … which, given Campbell’s extraordinary popularity and ratings-magnet saliency, just goes to show how questionable business decisions made for dumb reasons seem to have come to characterize MediaWorks during its turbulent last few years.

To be fair, Mediaworks *has* found itself operating in an escalatingly difficult environment for many a traditional broadcast/media company. There’s no getting around that.

But it seems to me that they consistently appear to have a worse set of outcomes, a worse set of results, than others who might be facing similar general tribulations of environment.

It’s easy for those with pseudo-ideological agendas – that basically come down to “the government shouldn’t own anything, even at an arm’s length!” – to try and take aim at the current situation, as if that somehow *definitively proves* their point.

It does nothing of the sort.

All that it *does* do, is show that private enterprise is capable of acting stupidly, repeatedly stupidly, and making seriously flawed decisions over a protracted period of time, that are against both its own, and ultimately, the national/public interest.

And then somehow managing to keep stuttering on thanks to periodic infusions of capital from big foreign hedgefunds and ‘friends in high places’.

You know – the *opposite* of what the pernicious ideology du jour of its most ribald and rambunctious defenders insists is “supposed” to happen.