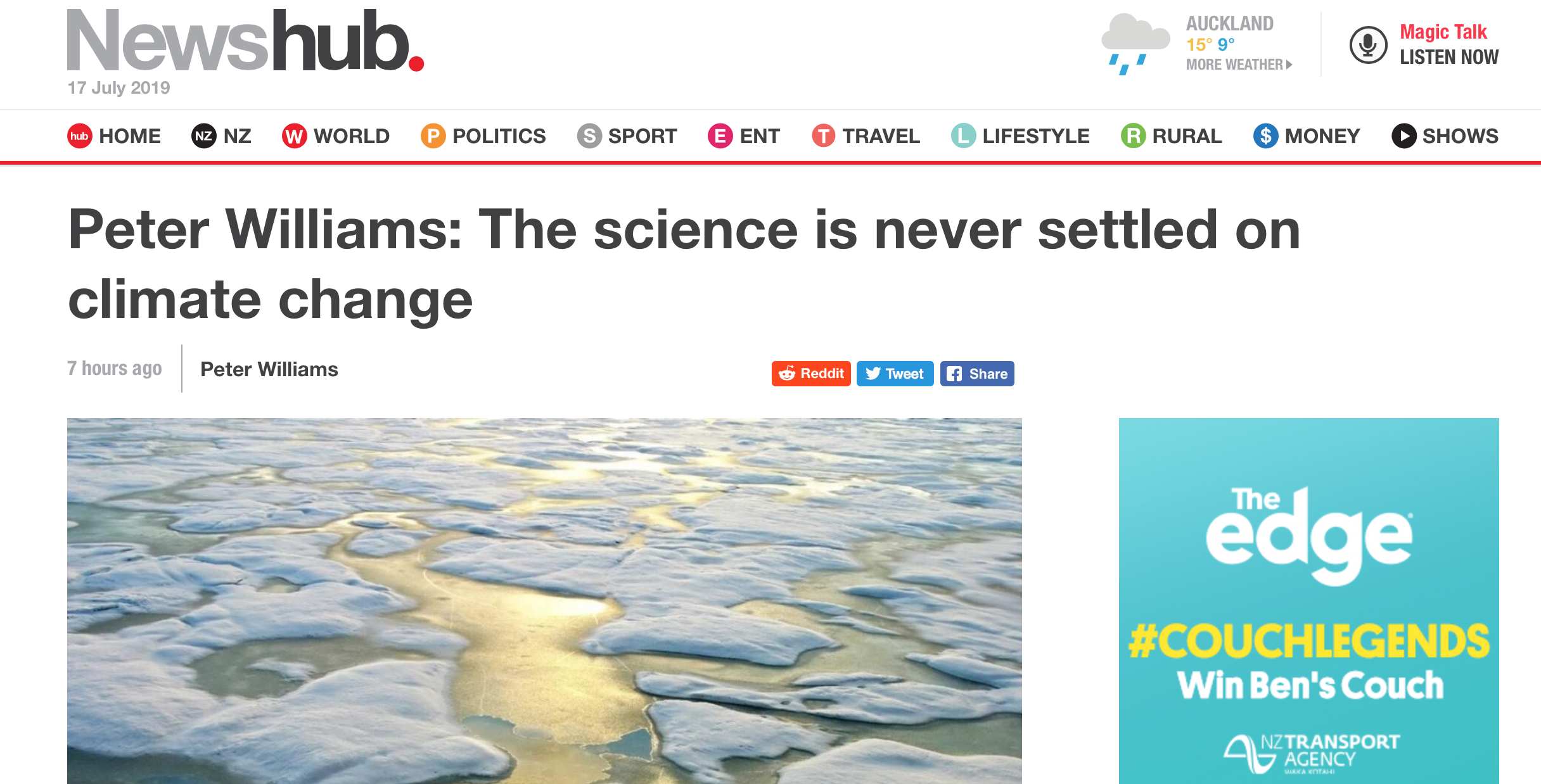 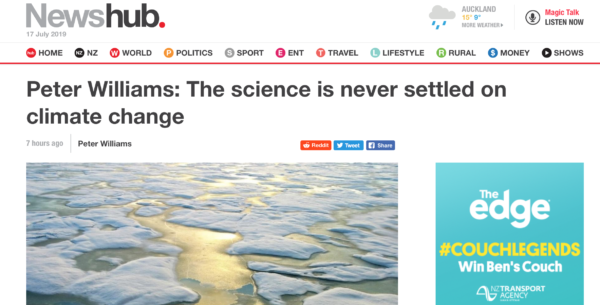 I always thought he was a great newsreader on TV and I once saw him talk about the death of his partner with such raw humbling beauty that I always put him in the good bugger category.

So I think Peter Williams is a top bloke.

I disagree passionately however with his climate denial column last week.

I feel sad for his misplaced anger as it has blinded him to reason because what his position epitomises is that despite the title of his column, the climate change debate isn’t a scientific argument, it’s really a cultural one.

Climate change stopped being a scientific argument a long time ago because the science IS settled, the way evolution as a hypothesis IS settled. What Peter is really fighting against is the way the debate is settled with activists on social media and how that makes him feel.

We have a huge swathe of older white men who have benefited immensely from the neoliberal free market and they don’t want to hear that their carbon footprint or affluence their position has privileged them with has contributed to a psychotic form of capitalism that is rapidly destroying the planet’s ability to keep pace with our never ending growth models of consumption.

Ice covering the Arctic Ocean reached the second-lowest level recorded for this time of year after July temperatures spiked in areas around the North Pole.

The rate of ice loss in the region is a crucial indicator for the world’s climate and a closely-watched metric by bordering nations jostling for resources and trade routes.

…there is no escaping the climate crisis future we face, and those attempting to minimise it or deny it for the purposes of vested interests or cultural resentment will find nothing but ever increasing anger.

While I’m exposing the intellectual bankruptcy of climate deniers, let’s take a moment to counter the whole ‘NZ gas emissions are tiny’ defence because this seems to have become a favourite argument from Agricultural protagonists of late…

…the position is that even if we were to be sustainable, our contribution is tiny and meaningless in the face of global polluters.

While that is true, the obligation to change remains.

NZ, BECAUSE WE ARE SO SMALL, has an obligation to lead and trailblaze new technology and ways of sustainable agriculture that the rest of the planet can adopt.

This same argument would have been used against universal suffrage – the NZ population is tiny so why bother giving women the right to vote when the total number will be meaningless against a global population.

We make these changes because they are the right thing to do and because it leads progress for the entire planet, which is NZs legacy as a country.

Just because our emissions compared globally are small doesn’t mean our carbon footprint per person isn’t huge and it doesn’t remove the obligation to become totally sustainable.

The reality is that the planet is super heating because of human pollution, that it is faster and worse than Scientists had conservatively predicted, and that the level of civl disobedience and radical reform is inescapable.

Choose a side, because it is going to get rough.