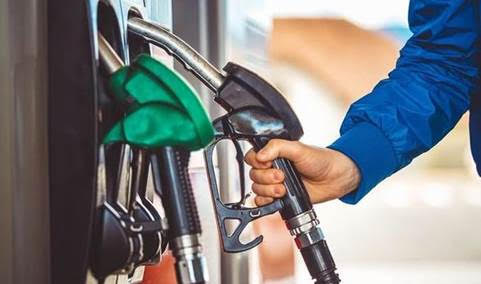 A WARBLING CHARM of magpies in the macrocarpa serenaded the windy forecourt of the service station. Two weather-beaten cockies were filling up their mud-splattered gas-guzzlers and chatting away to one another in the desultory fashion of their kind.

“What do you reckon on this latest attempt to make us pay for climate change?”, said the farmer in the blue windbreaker.

“Not much.”, said the farmer wearing a green jersey. “It’s just like all the others. Designed to make the townies feel better. Won’t make a bit of difference out here.”

The two men hung up their respective hoses and ambled into the station to pay for their purchases.

“You’re in the wrong business for a Greenie, Bharat. I keep telling you.”

“Yes, you do. And I keep telling you that it doesn’t matter what any of us do. What humanity has unleashed cannot now be stopped.”

“So you keep telling us,” said Blue Windbreaker. “But if it can’t be stopped, then what’s the point of worrying about it?”

“You know what makes me laugh, Bharat me old mate?” Blue Windbreaker continued.

“I could not possibly imagine, my friend, but I suspect I’m about to find out.”

“You most certainly are. And it’s this. New Zealand’s entire contribution to climate change represents just 0.17 percent of global emissions. That is zero-point-one-seven, Bharat. Not even two-tenths of one percent. That’s what all this fuss is about: zero-point-one-seven-fucking-percent. Mr James-bloody-Shaw could pass a law shutting down everything. Every factory, every farm, every tractor and every car. He could order the whole damn country planted-out in Kauri, Rimu, Kahikatea and Totara, and have every last human-being shipped across the Tasman to bother the Aussies. And guess what? The world wouldn’t even notice. That’s how big a difference we would make, Bharat. Hell! The Aussies themselves, with five times our population, only contribute 1 percent!”

“What do I owe you?”, said Blue Windbreaker.

The farmer hands over his card and scratches his chin.

“That was a mighty sobering piece of information we just heard. Mighty sobering. I’m afraid I have nothing to match it statistics-wise. What I’ve got, Bharat, is more in the nature of an observation.”

“Truly, I am being heaped high with the wisdom of my customers this blustery afternoon”, replies the service-station’s owner, as the magpies unleash a fresh volley of cackles.

“Yes, you are, Bharat. So pay close attention. What occurs to me every time I hear the likes of Russel-bloody-Norman unleashing yet another of his ‘let’s kill all the climate-criminals cows’ tirades – is this. If Climate Change is real. And if, as you say Bharat, it can’t be stopped. Then wouldn’t it make sense for all the bloody townies to be extra bloody nice to us bloody cockies? Right now, there are only 30,000 families who know three-fifths-of-fuck-all about how to grow crops and raise livestock. Thirty-thousand families upon whom the rest of the five million useless bastards who make up this country are going to have rely for everything. The food in their bellies. The clothes on their backs. From what I’ve read, we’ll still be able to grow stuff here, even when the rest of the planet really begins to cook. So, like I say, wouldn’t it make a whole lot of sense for the townies to treat us cockies with just a little bit of fucking respect?”

“Perhaps”, says the service-station’s owner, handing over Blue Windbreaker’s credit card and receipt. “Or, maybe, they think they’ll be able to ride out into the countryside, like the Bolsheviks did on their armoured trains, and commandeer all the food they need from the barns of you climate-change-denying Kulaks?”

“Why am I not surprised that you know stuff like that, Bharat? I wonder if BP knows they’ve sold their franchise to a bloody socialist!”

“Not a socialist, my friend, just a student of history.”

“Yeah? Well here’s another blast from the past. Do you know what the American revolutionaries put on their flag before Betsy Ross sewed them Old Glory?”

“I believe I do. It featured a serpent coiled above the motto ‘Don’t Tread On Me!”

“That’s right! That’s exactly what it said. And that pretty little communist in Wellington better not try. I don’t know about you, neighbour, but if she thinks she’s getting her hands on my semi-automatics then she’s sillier than she looks!”

“Amen to that, mate. Amen to that. And if you ever need a spare box of ammo, don’t you hesitate to ask. I’ve got plenty!”

“You didn’t hear that, Bharat.”

“Hear what, gentlemen? I heard nothing.”

“Hah! You’re a good bastard, Bharat. Even if you are a bloody … historian.”

The cockies climbed up into the cabs of their gas-guzzling utes and hauled out onto the highway in a shower of gravel and a cloud of exhaust fumes.

Bharat watched them go, shook his head, and resumed reading the district library’s pristine copy of A Beginner’s Guide To The Russian Revolution.

The magpies in the macrocarpa chortled.