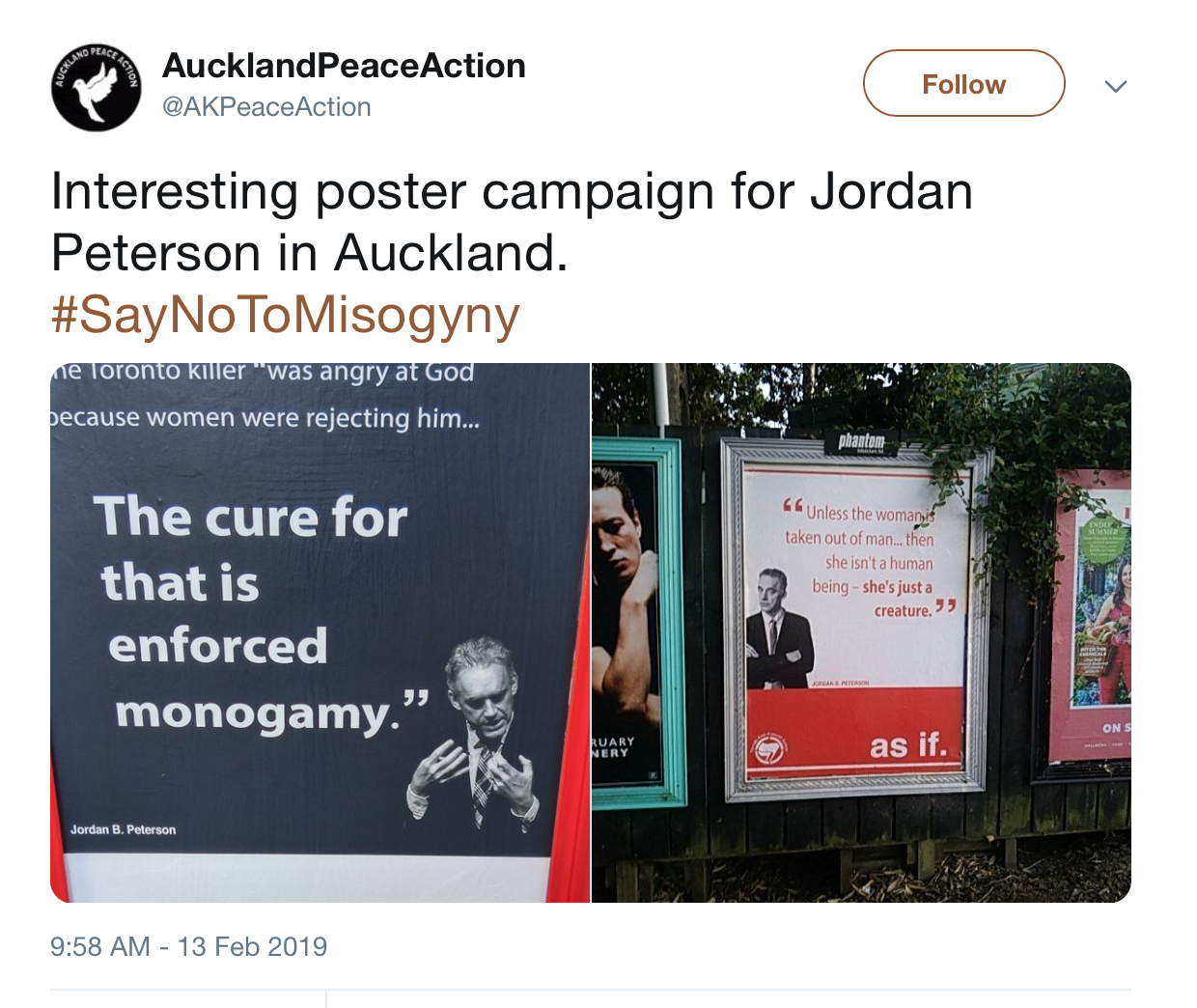 One would have thought the Woke Left had learned the mistakes of their anti-free speech campaign that only empowered two visiting crypto-fascists and Don Brash last year.

One would have thought.

Sadly I don’t think the Woke can help themselves and so they have launched an anti-free speech attack on the person who can manipulate their stupidity and convince more young men who feel lost without an identity that feminism is their problem. 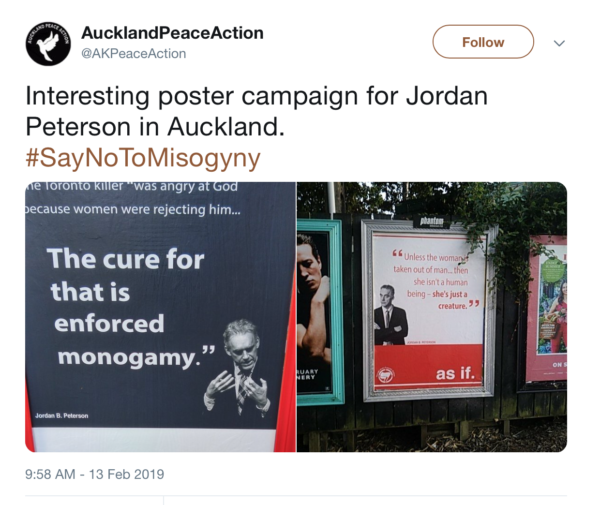 I’ve written many times that I see why Peterson is popular, but that there are crucial places his theories fall down, unfortunately, rather than debate Peterson, the Woke scream and try to deplatform him.

This always ends terribly and actually serves only to empower Peterson.

Can the woke Auckland Peace Action fuck up as badly as People Against Prisons Aotearoa did with the Pride Parade?

Let’s see shall we? I predicted last year that woke activists wouldn’t be able to help themselves when Peterson visited this year. Let’s hope I’m wrong.

PS – Phantom Billboards deciding THIS is acceptable to censor while promoting an anti-free speech campaign is pretty funny.

PPS – I you want any idea how poorly prepared the Woke are to even try and debate the issue, listen to Sean Planet destroy the Auckland  Peace Action on air today.