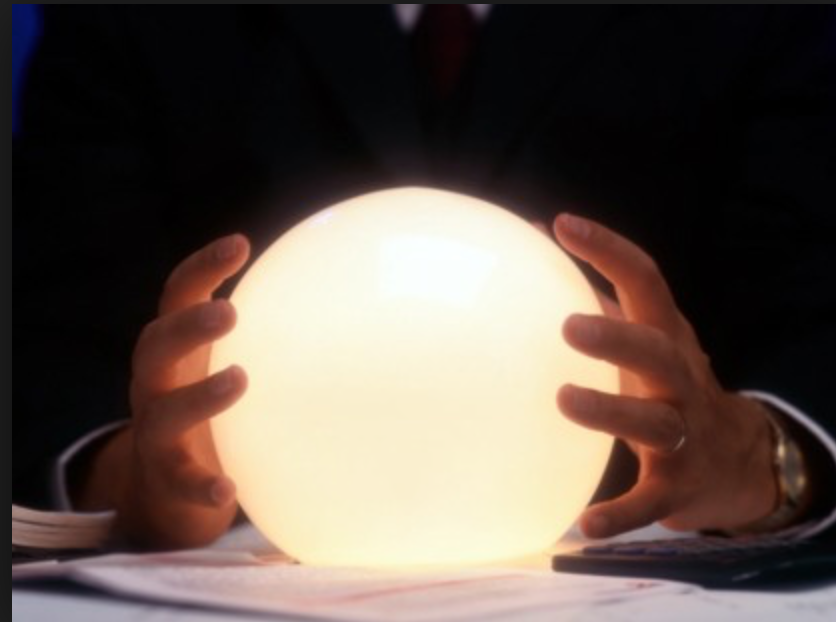 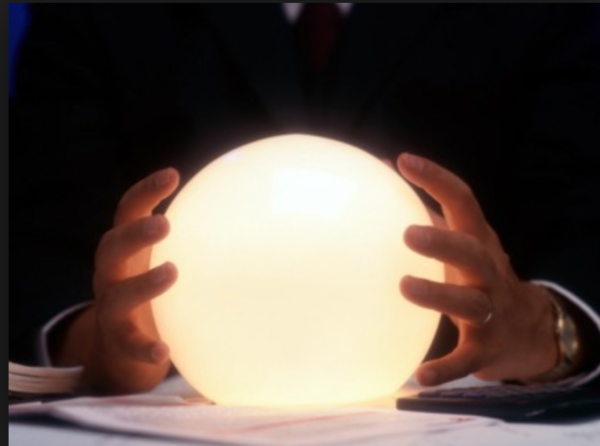 If 2018 was a lost year where the woke left & alt right dominated debate, 2019 could be the year of reactionary entropy.

I’d like to be optimistic, but there’s just no actual reason to be anything other than pessimistic about the damaged horizon looming like a fractured mirror in front of us.

Free speech starts another counter productive fight?
Jordan Peterson is coming to New Zealand and will incite a violent response from the Woke that makes middle New Zealand see them as the problem, not Jordan Peterson’s simplistic mantras. Action Station will start another tedious petition and the Woke will over react as they will see his popularity as a direct threat over their hold of the narrative. Journalists who should know better will claim free speech is white cis male privilege, a bomb threat will be called into the venue, (the same way the Powerstation was threatened) and Marama Davidson will lead eye rolling counter productive protests that burn up the little good will she has left. The Woke won’t be able to help themselves and it will end up damaging the credibility of the entire Left more than the crypto-fascist debate as Peterson knows how to manipulate vitriolic protest into victimhood better than a third rate mummy blogger throwing a tantrum or a member of the Wellington Twitterati seeking PSA martyrdom.

Identity politics Culture war backlash & Grace’s death?
The Pride Parade will be poorly attended and media coverage will be deeply negative, that will see the Woke ever more militant in the face of popular opinion turning against them and will make them even more outraged on Twitter and Facebook. This could all have a terrible backlash if the politicisation of Grace Millane’s death is not what activists have sold it as. If that death is not the example of heteronormative patriarchy and violence it has been claimed as, the blowback could set feminism back a decade.

Greens slip under 5%?
Because the Greens are now a political vehicle for woke middle class identity politics, this alienation and woke backlash will hurt them the most. Marama Davidson may have spent most of 2018 calling  for white bros to delete themselves but she might miss that support when the Greens sink into irrelevance.

Climate change storm that changes debate?
With the planet dangerously warming, super storms and catastrophic climate events will occur that we simply haven’t seen before. A category 6 Hurricane that decimates an economy or a heat wave that kills tens of thousands could shake a complacent political establishment out of their apathy.

The 2019 Economic collapse?
Every indicator that an enormous economic collapse that could push the planet into  full scale recession or depression is now blinking in panic. Adam Smith’s natural collapse and purge of Capitalism that should have occurred in 2007/2008 was put off  making the situation far more dangerous. 20% of Chinese apartments are now empty, when that enormous glut implodes the damage is incalculable. Trump’s trade war aimed at destabilising China is leading to war, Brexit and the Italian crisis of confidence will sink the EU and emerging markets will be crushed by a rising American dollar and interest rates they simply can’t pay back. A hard rain is going to fall and that will see a rise in socialism by Millennials who have no idea what it is.

Could Trump implode?
Forget impeachment, Trump is now in danger of being removed by the system itself. By rejecting free market neoliberalism and the military industrial complex, Trump has now made real enemies of the Amerikan Deep State establishment. Those enemies could put immense pressure on Pence to depose Trump.  If the economy crashes and the Cold War with China starts heating up,  it could only be a matter of time before Mike Pence (who has always believed he would one day become President) informs Donald that he has a majority of the Cabinet willing to remove him from Office and take over the remainder of Trumps term. The backlash from angry Trump supporters could push the country to the brink but with so few political leaders willing to back Trump, that fury won’t find leadership and becomes a septic wound.

British Brexit Fascism
With the current attempts of migrants to cross the English Channel, a wave of Nationalistic Fascism could suddenly become mainstream. With a spluttering economy and Brexit political impotency, the irrational anger of a former Empire facing external colonisation will stir all sorts of dark furies. Corbyn either heals with positive populism or falls to negative populism.

China strikes back
As Chinese strategists fantasise about sinking two American Aircraft Carriers, the end of Chinese soft power expansion into the Pacific will give way to a sudden tightening of that grip. With China struggling from Trump’s trade war onslaught, attacking the weakest member of the 5 Eyes looks like a strategically smart move to show America the true extent of their soft power. Expect trade to suddenly get rocked by import troubles and an enormous drop in milk powder sales. While we are being hit economically, Chinese newspapers in NZ will ratchet up perceived insults to the Chinese speaking domestic population and call for large scale protests. New Zealanders will be surprised and deeply alarmed by this. The steady and slow drum beat towards war with America will continue.

Auckland Mayoralty
Phil Goff will face a serious challenge from a new Mayoralty candidate who will present a united front and a different vision for Auckland. Goff’s loss will scare the bejesus out of Labour.

Labour Deputy
Kelvin Davis will step aside to focus on Corrections.

JLR strikes back
When you consider that JLR didn’t commit the original leak (the ‘third faction‘ inside National did the leak and framed JLR) his vengeance will be frightening as he delivers his remaining nukes. These will destabilise Bridges leadership (which is already facing a threat over the Summer). The Third Faction want to move before Judith Collins builds any more support in Caucus and they will be pushing for a Leadership challenge this month. It will lead to a National Party in disarray and attempts to exploit this with new start up right wing Party’s

The rise of the New Conservatives
Right wing hate merchant, David Moffett will use the woke backlash for maximum political effect to rise the New Conservatives above the 5% threshold. His willingness to openly add spite, anger and the dripping threat of violence will appeal to the Jordan Peterson fan club and those hit by the first wave of negative economic fall out. Expect to see this type of political shit stain spread with depressing speed.

Kiwibuild meltdown
If Labour had true courage, they would have recreated the Ministry of Works and built the bloody houses themselves! Phil Twyford’s terse admission that the program is for the children of the middle classes tastes bitter in the mouths of those living in shit conditions and who voted Labour in the hope for better. Kiwibuild will continue to underperform and remain a political weeping wound throughout 2019.

Newshub and Fairfax job losses – NZ Herald to lose political power – Fake news to grow
Media Consolidation overseas have seen journalist jobs dumped and chopped, and we will see the same here with Newshub and  Fairfax this year. The industry will start demanding direct funding from NZ on Air or some type of media tax on Facebook and Google. The Government is unlikely to have any courage to do the latter but will push NZ on Air to do more within existing budgets. Paywalls will spring up on the Herald (their desperate attempt to profile their journalists so that you personally bond enough with them to pay for their work would be laughable if it weren’t so desperate). The Herald will lose an enormous amount of political power by going behind a paywall and an explosion of knee jerk echo chamber home grown media utilising Facebook will spring up to replace the short comings of the mainstream. Expect more bullshit social media fights masquerading as news stories with no name attached to start becoming the headline leads on whatever is left on Stuff and Herald.

Fake news will grow and be politically manipulated and motivated in nature. Look at the 2018 rumours against Clarke Gayford, the madness of the anti-1080 brigade and the misplaced absurdities around the signing up to a none binding UN agreement on migration. 2019 will see much more of this as the mainstream media influence wanes. Our public debate will become a screaming match between fools and dogma acolytes, sadly in a world of Millennial culture micro-aggression policing,  the narcissism of misinterpreting disagreement for persecution is what makes social media so worthless.

Suicide rate, inequality & homelessness to increase
The grim reality is sweet fuck all has actually changed with the change of Government. The same neoliberal acolytes run the public service and it’s still staffed by people who act like petty tyrants. All welfare agencies remain toxic, the poor do everything in their power to avoid any Government agency and grotesque underfunding of public services means the poor simply slip further and further behind. Our suicide rates will continue to soar as nothing happens in mental health, inequality will rise as WINZ are still hateful and homelessness will grow because Kiwibuild will be a failure and Housing NZ managed to cause enormous damage with their meth hysteria and no one was held accountable.

Shane Jones grows power base
The Jonesy will continue building his power base so that he has a reasonable shot at taking Northalnd in 2020.

Immigration from Australia soars
As climate change turns Australia into an inhabitable furnace, we will begin to see the next great migration as Australians flee their sun burnt hell hole. The enormity of this reality will force New Zealanders to think about shutting down the open door migration policy between the two countries as the bleakness of the future bakes in an immigration rate our local population won’t be able to ever adjust to.

Jacinda’s main challenge in Government
The reality will be dawning upon Jacinda that none of her politics of kindness means a thing when the public service is as toxic and unaccountable as it is. She can flash wonderful smiles but it doesn’t stop that WINZ worker gleefully cutting off a welfare cheque, or MSD spying on sexual assault victims or a Corrections Officer double bunking sex offenders with vulnerable prisoners. The cultures of these public services are poisoned to the core and the neoliberal Wellington bureaucratic elites know they just have to wait it out before National are back in charge again. Only an immense shock can give Jacinda the capital to purge and rebuild the public service.