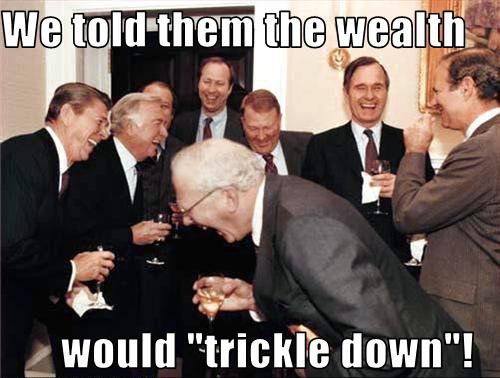 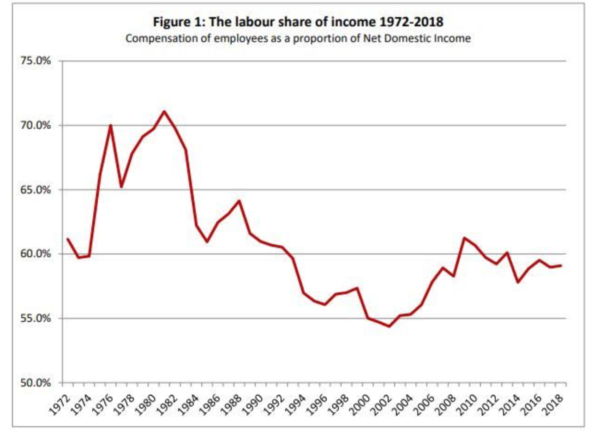 The economist for the Council of Trade Unions Bill Rosenberg has produced some revealing data about the resumption of the declining share of labour income in the New Zealand economy in the most recent CTU economic Bulletin. 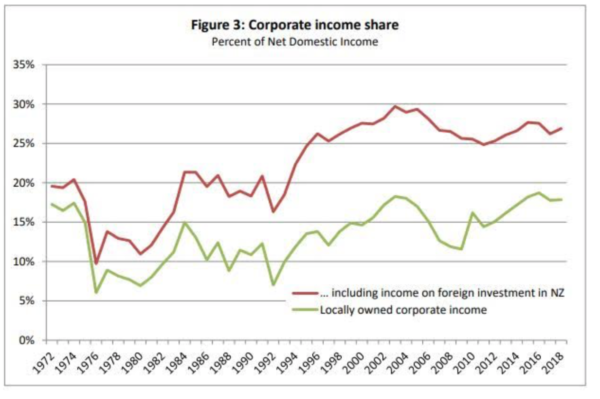 Not surprisingly, locally owned corporate profits went from 11.6% to 17.9% of NDI over the same period. If we add in overseas investors in, corporate profit is over a quarter of all income.