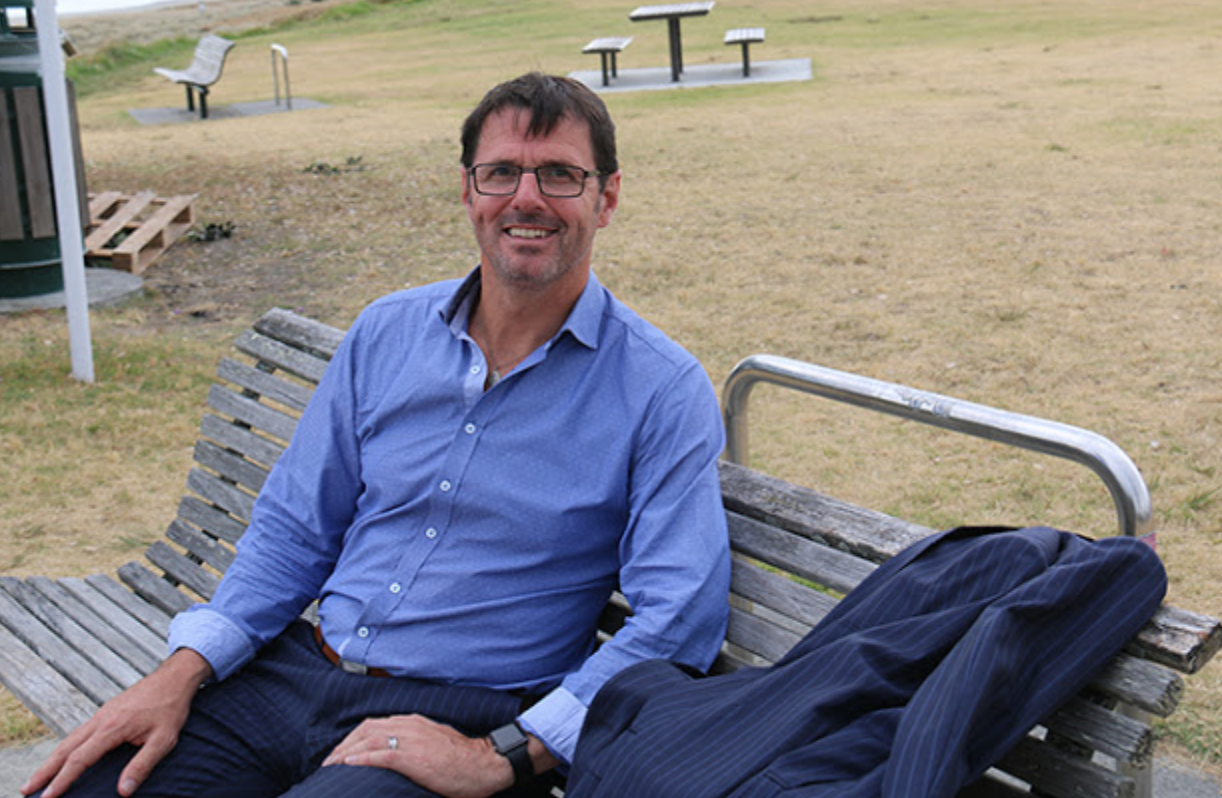 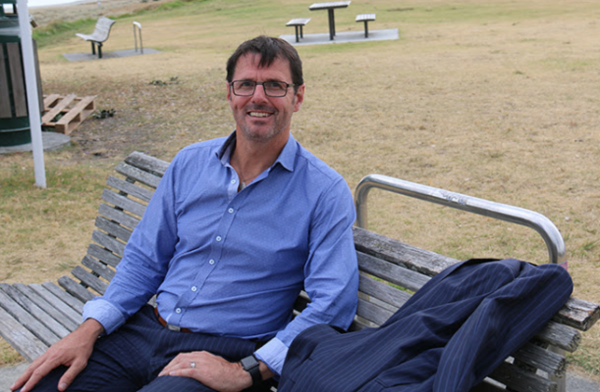 It is a curious thing. By the end of last week, a pretty appreciable portion of my newsfeed were discussing Clayton Mitchell’s “NZ Values” proposal. Or, at least, that’s what they *thought* they were doing.

In reality, discussion had become dominated by a Stuff hit-piece – also at least nominally pertaining to Clayton’s NZ Values concept – which set out an array of legal circumstances faced by Clayton in the 1990s.

Needless to say, pretty much all the resultant commentary was decidedly non-positive.

But let’s back the truck up here.

Without taking a position one way or the other on Clayton’s proposed bill, it seems rather peculiar that people should be attempting to object to draft legislation based not on the merits or shortfalls of same – but rather, on decontextualized material about something else entirely.

Because let’s be clear about this.

The contents of that article do not constitute a serious critique of the policy.

They are, arguably, not even an attack upon the MP who’s put forward the proposal.

Instead, they are – for the most part – a broadside aimed at a man in his twenties, who would one day “grow up” in multiple senses of the word, to be an MP.

Now, as it happens, I probably have more reason than most to be pretty keen on the idea of *not* holding against somebody in both perpetuity and in politics the various misdeeds they may have committed as a younger man. I freely admit my ‘bias’ in this regard.

It’s also probably worth mentioning, if all cards are to be laid upon the table, that my previous interactions with Clayton have likely influenced me somewhat in my thinking about what’s happened here. Over a span of perhaps two to three years, I’ve generally observed him to be the sort of man who’ll give you a fair go and judge you on your merits rather than simply going off the stench of a bad reputation; and who tends to believe in ‘second chances’ and the worthwhile capacity for human growth.

I guess you could say I’m giving him the same courtesy back in return.

Yet even leaving aside these factors, I’d be very likely taking exactly the same critical stance about attempting to de-legitimate (or, for that matter, to support) a proposed piece of legislation based around somebody’s questionably relevant personal history.

Even the worst men can have some pretty good ideas, from time to time. And amongst the ‘best men’ who have lead morally virtuous lives, there are any number of stupid suggestions for ways in which we might ‘better’ conduct our politics, our economics, our legal system and commercial activities.

I also found myself pondering – as is invariably the case in matters such as these – an episode drawn from New Zealand’s own political history which seems of rather direct comparative relevancy here.

As long-suffering readers of mine will no doubt by now know, I am quite a fan of John A. Lee. Even leaving aside the rather amusing frequency and depth with which I’ve been compared with the honourable gentleman, his tangible record during the First Labour Government as a Parliamentary Undersecretary – a man singlehandedly [no pun intended] responsible for the construction of more social housing in the first six months of his tenure than the National Party managed in nine years. Not, of course, that this is a hugely impressive comparative standard; however the considerable outpacing of modern-day Labour MP Phil Twyford’s proposed two thousand state homes in twelve months by Lee’s 3,220 in half the time may perhaps provide better contextualization for the achievement. Especially considering both the far more ‘uphill’ nature of Lee’s struggles and macroeconomic circumstances by comparison, and the accompanying far greater ‘daring’ he brought to the table through his (somewhat successful) advocacy for ‘radical’ approaches to ensuring the feasibility of construction like 1% interest development loans from the Reserve Bank.

Now, it is inarguable from my perspective that New Zealand at large benefited significantly from John A. Lee being in Parliament. Although, of course, given some of his more ‘irascible’ actions toward the latter portion of his Parliamentary carer and subsequent post-Parliamentary journalistic/polemical endeavours (which entailed attacking both Savage and Labour more broadly for being hopelessly over-cautious when it came to Lee’s proposals for more genuine and meaningful economic reform, as well as his railing against the party’s lack of internal democracy – actions which, according to some, eventually lead to Savage’s early death) … I have no doubt that a reasonable array of Labourites may choose on balance to disagree.

Yet, especially considering the evident success and easily graspable soundness of Lee’s policy, it would seem most peculiar if anybody seriously and strenuously objected to its implementation on grounds that Lee had previously done time in Mt Eden Prison for alcohol-related offending as well as breaking and entering, or had accrued at least two theft convictions to his name as a younger man. This doesn’t mean that such ‘ad hominem’ attacks did *not* ensue, of course (despite what some may think, I haven’t made a habit of scouring the broadsheets and HANSARD of nearly eighty years ago on a recreational basis, so cannot state one way or ‘tuther on such a matter), not least because for quite an array of self-declared right-wingers, attacking a proud and prominent capital S Socialist for a history of “stealing” would be not so much “low hanging fruit” as “finest truffles already upon the ground” – i.e. both irresistible and eminently accessible to them.

But rather, that it seems fair to presume that many of those who’d be resisting Lee’s vision would be either those who’d attack such an implementation almost *regardless* of who was doing it – or, more especially, those who’d attack Lee and his actions almost regardless of what they were.

Now, this latter thing – the exaltation in our perspective of personality over policy when determining what actions we will or will not support – is a regrettably familiar pattern in our politics; and something even more endemic elsewhere in the Anglosphere. Consider, for instance, the rather rapid volte-face of a number of nominally liberal or ‘left-wing’ people to suddenly start supporting the TPPA or US military adventurism, following Trump’s statements against these things.

It can and should be vigorously opposed, not least on grounds that it leads to *seriously* bad policy-making and psephological decision-making as a result.

As it effectively turns politics ever further from something at least vaguely supposed to be a ‘contest of ideas’ , into an effective race to see who can find the least offensive/most engaging spokesperson to sell whatever party’s poison to the electorate with the greatest alacrity and aplomb.

To restate again, because I am sure that somebody is going to perhaps wilfully misinterpret me on this score: I am *not* seeking to take a position one way or the other on the actual proposal put forward by Clayton with this article. This may seem rather inconsistent, given that I opened this piece with an annoyed observation about people spending all their political attention-span talking about personality in lieu of actually discussing policy … but as it is my belief that certain people and certain forces out there in our politisphere have quite the ongoing interest in redirecting political discussion in such a manner so as to further their own goals (hence why it’s happened to Clayton at least twice now over the span of his Parliamentary career, with a bit of a pattern to it that helps to suggest the culprit), this will perhaps be forgiven.

Leaving aside the perhaps ‘conspiratorial’ note in the above, one of the lead institutions pushing this reprehensible trend is our nation’s “news” media – and for obvious reason. Scandal sells, people relate better to personalities than they do policy .. and will be more likely to purchase or otherwise consume stories about that which they relate better to.

Further, given how politicians are generally regarded in our society, a cavalcaded chant of “THE EMPEROR HAS FEET OF CLAY” (to mix metaphors) that implicitly panders to our innate prejudices against our political class is *always* going to be something of a winner. Especially when it can be somewhat tenuously tied to some enduring touchstone of the popular memory (in this case – the Louise Nicholls rape trial, via the personage of Brad Shipton, who’d given two references for Clayton in the late 1990s as well as having a three year commercial relationship with him that was terminated once the allegations against Shipton came to light). Preferably with the insinuation or subconscious suggestion that this seemingly innocuous connection makes the target malevolent or otherwise morally grubby (and really, given there is no direct assertion in the Stuff piece that Mr Mitchell knew of Shipton’s conduct in the 1980s – a period wherein he would have been a teenager – prior to the allegations surfacing almost two decades later in the 2000s, it seems difficult to conclude that the length of the article given over to Shipton is there for much of a reason beyond the stoking of sensationalism and the stench of ‘dodgy by association’).

But to bring it back to “NZ Values” for a moment, and only a moment – perhaps I am naive or irrationally good natured, but I genuinely like to think that amongst the august pantheon of our national virtues are to be found marked quotients of ‘tolerance’, ‘understanding’, ‘compassion’, and ‘forgiveness’. Not in all instances, of course, and not for all men. I am not, after all, here to write something favourable nor exculpatory about that certain former member of the Tauranga police fraternity.

Yet if you simply MUST cast judgement, and the stones of social media castigation for an MP’s past misdeeds when nominally discussing a recent policy proposal they’re responsible for … at the very least, situate them in their proper context. Which is to say, in this instance twenty or more years ago, and of little discernible relevancy to what Clayton’s put forward.

To do otherwise is tantamount to an insistence that a man can and should be barred from admittance into the apparatus of our state on the basis of rather arbitrary and highly subjective assessments of his character and values.

I guess what I’m trying to say, phrased in terms of ‘Kiwi values’, is something along the lines of “play the ball, not the man.” 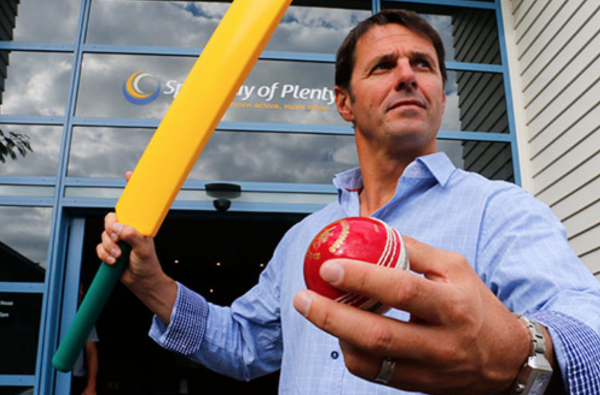