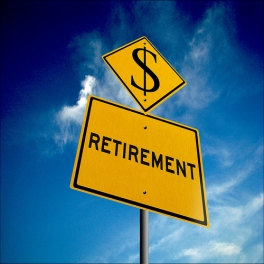 I was so alarmed to read this article Retirement’s not something to put off – neither is retirement policy.  Granted, the lack of debate about New Zealand Superannuation policies is deplorable, there is something disingenuous about a director of a KiwiSaver fund arguing for a compulsory KiwiSaver at a much higher rate of contribution than today, with tax-funded subsidies.

Universal super is simple to administer, but expensive. By means testing, as we do for most other types of welfare, we could target aged welfare for a smaller group of people and make them more generous. It would need to test assets and would be a natural complement to a tax regime that taxes capital as well as income and spending.

The income test we have for welfare is draconian and if applied to NZ Super would hugely disincentivise saving.  Jenny Shipley and Ruth Richardson tried to do this in 1991 in one of the most disgracefully ill thought out retirement policy moves in modern times.  Covering themselves in ignominy, they had to reverse the legislation making super a welfare benefit such was the outrage. But Equab would go even further and include assets, as they do in Australia. There, the means test is also a joint one for couples assuming a financial dependency for women that seems quaintly outdated.  Yikes.

The justification Eaqub uses is that means testing would enable the pension to be more generous and this would help old age poverty. Using that argument, we ought to have benefits such as for sickness at a level that prevents poverty by now. Sadly as history shows, welfare only for the poor becomes poor welfare, unsupported by the smug higher income group who can save for themselves, stigmatising, complex to access and thoroughly miserable.

He argues that tax cuts should be channelled into compulsory KiwiSaver taking no account of the vast number of struggling working poor on low wages who may need those tax cuts to survive.

We should direct any future income tax cuts to KiwiSaver contributions. Australia did that when they abolished the payroll tax and directed it to superannuation contributions.

Better off people can simply save less in other funds if they are forced to contribute more, while the poor just get poorer. On retirement, low income workers may get little advantage from their forced saving as they will need a top-up to get just to the level of NZ Super.

The Australian model is scarcely a guide for New Zealand. It is widely criticised as far too complex, expensive, disincentivising and pro rich. Over time, as more emphasis is placed on private saving as the source of retirement income, women and others who don’t have a full working lifetime contribution fall relatively further behind.

Yes that’s right. Despite compulsion and a much higher contribution rate than we have for KiwiSaver, the median balance for women at retirement is one third of that for men.

Eaqub is has a point that annuitisation “needs attention to help the growing KiwiSaver balances turn into what retirees want: income in retirement”. He is also right that current policies for NZ Super are unduly expensive. But lets have a full debate on design issues and mechanisms to rein in that cost without throwing the baby out with the bath water.  Our world class system of a simple basic taxable state pension supplemented by an opt-out KiwiSaver with minimal tax incentives and other unsubsidised voluntary saving is not to be discarded lightly.

New Zealand’s odd stance of taxing savings before contributions rather than when savings are unlocked, unlike most other OECD countries, means that we are penalising those who save and reducing their retirement savings

NZ’s taxation of retirement saving is based on the sound economic principle of treating all income from saving the same.  OECD countries like the UK and Ireland are struggling with their traditional mode of superannuation tax breaks as they benefit the rich much more than low income savers and create distortions in the flow of capital. These countries are in thrall to powerful financial sector lobbies and their reformists look enviously at what we have done in New Zealand.

Reading Eaqub’ s article I was also reminded of the Affording our Future conference in Wellington.  At that conference Michael Cullen gave this paper: The Political Economy of Long-Term Fiscal Planning from a Social Democratic Perspective.

I listened with increasing dismay as Cullen expounded a model for changing New Zealand’s superannuation policies in ways that would import some of the worst features of Australian policies. His vision was of a compulsory scheme with a much higher rate of contribution. One half of the resulting lumpsum would be used to buy an annuity and then be used to reduce (means test) New Zealand Superannuation.

Did Equab stumble upon Cullen’s paper I wonder?  Equab is a director of the Simplicity KiwiSaver scheme who advises that “The Tax Working Group should make [tax subsidies for KiwiSaver] a key recommendation”. Cullen is the head of the Tax Working Group, and the director of a firm that sells annuities (Lifetime income). Isn’t there a conflict of interest somewhere here?

In the referendum of 1997, 91.8% of us rejected the similar proposal for compulsory saving and NZ Super offsets from Winston Peters, for very good reasons. New Zealand has a world leading model, so much better for women and so much more progressive. Yes, superannuation policy needs tweaking; residency is far too low, the wealthy pay too little tax on their NZ Super, rates based on marital status are outmoded; the kickstart for Kiwisaver needs to be re-instated etc.  As I have argued here are ways to retain the universal character of the state pension while reducing its cost though the tax system. Please let’s not be fooled into resuscitating Winston’s model, or the Australian one or the one Cullen floated in 2012.