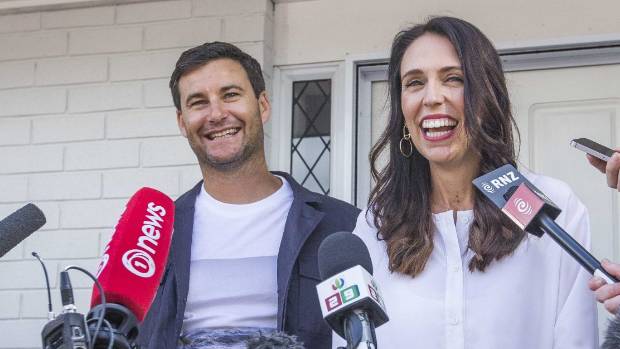 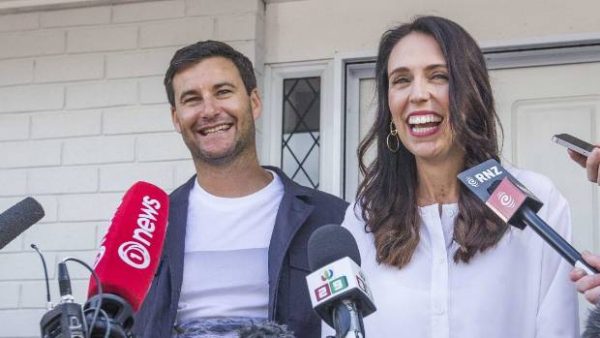 Remember back on the campaign when retired Cricketer Mark Richardson [who for some reason has a morning slot to opine upon the political happenings of the day, courtesy of The A.M. Show] landed himself in hot water for asking Jacinda Ardern, some seven hours into her position as Labour Leader, whether she’d considered she might need maternity leave if she wound up successfully becoming PM?

Pepperidge Farm remembers – and so too, did a blustering battalion of bloviating brutes all across the talkback, twitter, and other social media spheres today; who seized upon Jacinda Ardern’s recent announcement that she’ll be a mother by the end of the year, as evidence that Mr Richardson’s comments were not, in point of fact, some sort of egregious faux-pas endemic of the sorts of discrimination women can face in the workplace … and instead merely sensible scrutiny of somebody applying for our country’s ‘top job’.

Now, as it happens, I don’t think many of the people who were talking up this issue on the campaign-trail were doing so in what we might term “good faith”. Sure, it’s possible that concerns about the PM taking a few weeks or months off *may* have been in the minds of some of them. But if you were a Nat attacking Jacinda and by extension Labour over this issue, I’d almost be prepared to bet that at some point previous in your political pontifications, you’d *also* attacked Jacinda Ardern and/or Helen Clark for being childless. Or, for that matter, that you’ve put forward vocal protestations about women who’re unemployed becoming mothers and such.

Gosh, for that kinda demographic, the specter of a woman having a child out of wedlock whilst drawing tens of thousands of dollars a year from the state in income must cause absolute paroxysms of political pyroclasmis!

Personally, I feel like the underlying motivation for some of these viewpoints has less to do with workplace issues per se, and is more based upon generic opposition to Labour and/or the substantive idea of women in politics. The fact that a number of the “arguments” that have been brought up in reference to Ardern “needing” to “stand down” as a result of this news, are in fact almost 1:1 those historically advanced against women first voting [this is how old they are] and then holding office, may well appear to substantiate this.

What gets me about a lot of the “opposition” to Jacinda continuing as PM following today’s announcement is just how utterly bereft of context it is.

Taking at face value the aforementioned demands for Ardern’s resignation or stepping back, it seems like there’s two general areas of concern – that she’ll wind up having to take time off from official duties due to the pregnancy [a span of about six weeks, according to her own forward planning]; and/or that she’ll have impaired performance as PM for a longer period before/during/after alongside this.

If you’re really interested in this, there’s no doubt a whole boatload of science out there to help you come to the conclusion that these concerns are pretty lacking in merit.

But far be it from me to attempt to mansplain female reproductive biology; so I’ll instead stick to what I know – which is political history.

For most of the previous nine years, we had a Prime Minister who was pretty widely regarded as either i) a “do-nothing”, and/or ii) a “do-nothing of any substance/worth”. I don’t think this is an entirely unfair perception – much of what we can actually look back upon from the previous National  administration appears to have either been the results of Cabinet in a collective, or individual Ministers and Members having ideas. About the only things I can think of off-hand that John Key has personally taken credit for … were a job-summit a few months into his administration, and making New Zealand an international laughing-stock on at least three occasions with his (personal) antics. [There was also an assurance about resigning if it turned out that New Zealanders were under mass surveillance … but despite the fact he eventually *did* resign, that didn’t appear to have too much to do with said pledge]

Prior to that, we have had some of our *greatest* Prime Ministers carrying out their duties from sick-beds, in hospital, and even upon their death-beds. Names like Michael Joseph Savage and Norman Kirk, for instance.

Arguments that Ardern therefore ought to step down from her post on the basis of an impending future medical/maternal situation, don’t really seem to stack up. And for a number of reasons.

We have also managed to survive, potentially against the odds, a bewildering brocade of (male) politicians who were subject to frequent and even occasionally quite (literally) violent mood-swings of a self-inflicted nature due to their alcohol consumption/alcoholism. Now, I do not mean in any way to attempt to equivalize being severely drunk and being pregnant [occasional bouts of vomiting potentially notwithstanding] – just simply to note that many of the people presently upbraiding Ardern over her pregnancy presumably had little to no issue in practice with an older generation of politicians being *ahem* drunk in charge of a country – and thus “emotionally volatile”, etc. etc. [again, lest there be any doubt – I am NOT saying that there’s serious comparison to be made between a serially drunk person and a pregnant woman in terms of mindset, actions or whatever. Only that the “idea” of the latter being “volatile”, “hormonal” or whatever is apparently much more intolerable to some than the *reality* of what was, up until very very recently regarded as entirely normal Parliamentarian behavior].

Many of the concerns about Ardern remaining PM through the term of her pregnancy and beyond are *particularly* unfounded, on grounds that it is not and has never been normal in our country for one single MP to be running the country singlehandedly. That is to say that – despite the occasional pretensions of the media during Campaign Season .. we are not in a Presidential system. Instead, we’re privileged enough to have an Executive comprised of *well* more than one person – an entire series of *teams* of Ministers both inside and outside of Cabinet, as well as a rather capable [allegedly] Deputy Prime Minister.

Or perhaps the PM’s critics have some dim inkling of this and are experiencing horror flash-backs to the mid-1980s – a period wherein a PM of inarguably “reduced competency” let himself be driven around in the proverbial political golf-cart by a nefarious underling with an agenda.

Which just leads me to wonder whether what’s actually happening is the Talkback Brigade expressing their abject panic at the idea of Jacinda Ardern turning into David Lange simply by virtue of an expanding waistline – thus leaving all *actual* decision-making in the hands of her Deputy Prime Minister and his ‘hidden agenda’.

Anyway, as applies the period *after* she ‘officially’ becomes a Mother some time in mid-June, I’m even *more* perplexed. It’s apparently not enough for assurances to be issued that her partner will be taking over caregiving duties. The people who’ve spent much of the last six months wailing and whining about the looming-impending “NANNY STATE” somehow don’t seem to realize that even the PM is capable of hiring a “nanny”.

Now at this point, I’d customarily reach for International Examples. However the slight issue here is that there’s only really two that are being brought up for Heads of Government having kids while in office.

One being former Pakistani PM Benazir Bhutto – who was reportedly back on the job the very next day after giving birth; and the other, Britain’s Tony Blair. Although I’d hardly hold up the latter as being a positive example for a Labour leader to aspire to, for reasons that ought be both legion and blatantly obvious. [the idea of some NZ right-wingers wanting us to be *less* progressive than a majority-Muslim country that’s these days pretty much a failed state is, however, arguably rather amusing. Or at least it *would* be, if they weren’t serious…]

Either way, I do think it’s somewhat fair to state that we’re entering into ‘uncharted territory’ here; although opponents will no doubt attempt to direct our attention to the commentary of former Greens MP Holly Walker, concerning her decision to resign as an MP precisely because she didn’t feel capable of simultaneously being both a Mother and a Member of Parliament.

That’s questionable precedent, however – as apart from the fact that every mother’s experience of pregnancy and .. well .. being a mother, is going to be different; it actually turns out that New Zealand MPs have been giving birth while serving as Parliamentarians since the 1970s.

Not, of course, that I’m suggesting *any* politician *ever* should be taking inspiration from the career of Ruth Richardson [the second female MP to have a baby in our nation’s history] … but my issues with her being a mother to things while in office are restricted to things like the [perhaps unfortunately named for the purposes of this discussion] Mother of All Budgets – not her *actual* maternity which preceded it.

But to bring it back to both male politicians and the Prime Ministership for a second … as soon as I started sitting down to run back through the annals of our Heads of Government of yesteryear, something immediately became clear to me.

The “concerns” around Ardern’s ability and commitment to the job in the months to come can be considered [and basically dismissed] in isolation.

Yet the moment they’re considered in their *historical context*, we see that what’s actually going on here, is that some New Zealanders out there are actually afraid that our  third female Prime Minister might become as lackluster and impotent in office as quite an array of the less-impressive tiers of the 37 men who’ve held the Premiership before her.

I’m something of an optimist, though [possibly in part thanks to personal experience viewing just how deftly my own mother managed to execute simultaneously being both mother and extraordinarily hard-/over-working familial breadwinner].

From where I’m sitting – even if some things *do* go awry in the medium-grade future [and here’s hoping they don’t] … it would be difficult indeed for the Ardern Administration to prove anywhere *near* as tawdry or as ineffectual on the Big Issues of the day as the near-Nine Long Years of John Key’s egregious misrule.

Instead, I rather suspect that quite the contrary will prove true.